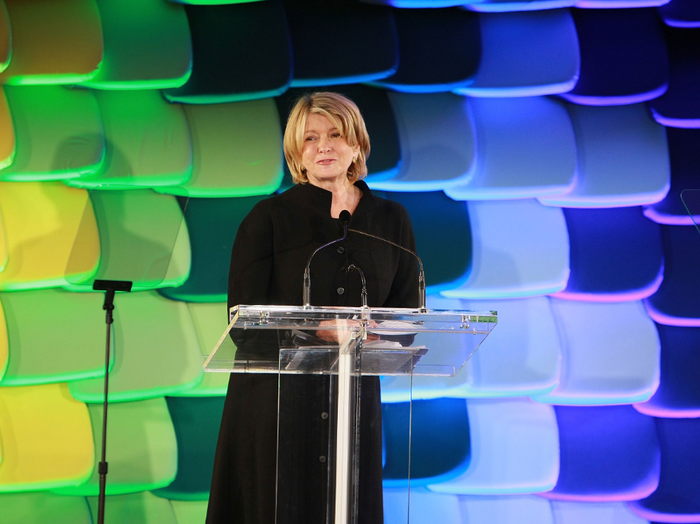 Martha Stewart says she's never had a face-lift but does get fillers "maybe twice a year."

"A little Juvéderm injections here or there every now and then, maybe twice a year, and that's basically the skin treatments that I get. I've never had a face-lift," Stewart told People magazine in November.

She added that a big part of her self-care routine involves "maintaining an aura of good health" and following good nutrition.

Juvéderm is an injectable filler that adds volume to lips, smooths facial lines, and contours cheeks.

The 79-year-old businesswoman and former model also told People that she's had the same pedicurist "for years" and her "feet are like a young person's feet." She added that she still has all her own teeth.

In her People interview, Stewart said that she works with "two very excellent dermatologists, who are very conservative about anything that they would do to my face."

Although it is unclear whether he is one of the two dermatologists Stewart mentioned, Dr. Dhaval G. Bhanushali, a dermatologist who has worked with Stewart, told Elle's Chloe Hall in July that "Martha is a great example of someone who lives life to the fullest and really shows us all that age is just a number."

Dr. Bhanushali said that Stewart "eats incredibly healthy" and "starts every morning with a green juice."

Other items in her beauty and skin-care routine, he added, include a serum, sheet masks, drug store eyeliner, and sunscreen.

In a MarthaStewart.com story published in 2012, Stewart said that her day begins at 5 a.m. with a facial mask. Throughout the day, she applies various serums and creams and drinks green juice. Based on Hall's conversation with Dr. Bhanushali, it doesn't appear that too much has changed between 2012 and 2020.

At the same time, Stewart acknowledges the role genetics has played in how her skin looks.

"My dad was a gorgeous man with very good skin. So was Mom. She was fantastic until she was 93 years old," Stewart told People.

"My hope is that unless I kill myself with too much hard work, I will probably survive very nicely for a long time," she added.