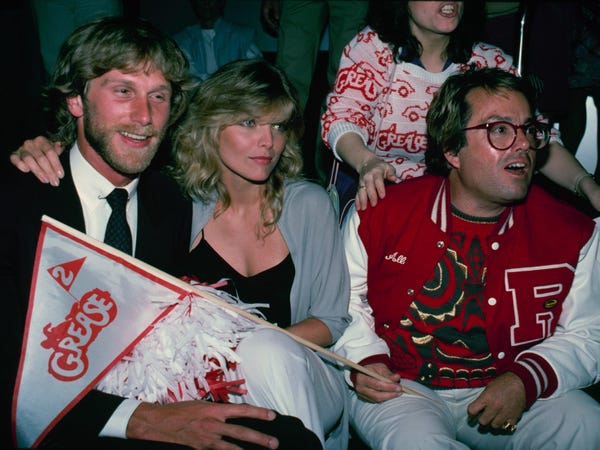 When it comes to sequels, not all of them bring in the critic scores and box-office numbers the cast and crew were hoping for.

Even worse than being poorly received, however, is when a movie sequel is forgotten about completely.

"Bambi II" is the mostly forgotten sequel to a Disney classic. 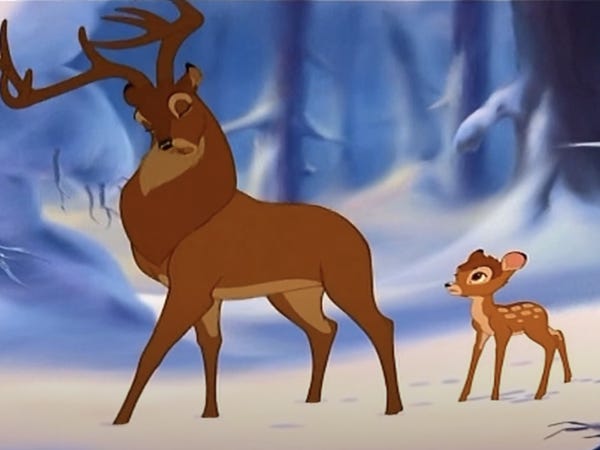 Released 64 years after the original, "Bambi II" reunites the young buck with his father, the Great Prince. The flick, despite its beautiful animation and a heartwarming storyline, falls short of the original, however.

It was described as a "lightly amusing but unremarkable sequel" by Variety.

"Mean Girls 2" tried to capitalize on the success of the original movie written by Tina Fey, but it wasn't a fan-favorite. 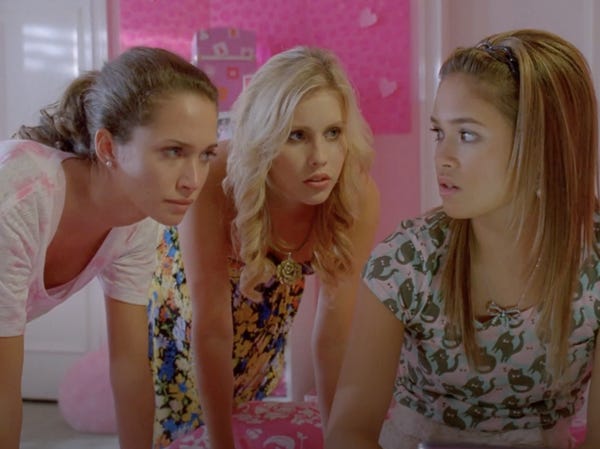 The TV movie echoed the first "Mean Girls" by following a student who starts at North Shore High School and encounters the new "Plastics" clique.

However, while the original movie was lauded as "refreshingly honest," the sequel fell short.

"Whatever problems I had with the 2004 feature aren't even an issue here, as the new film offers a decidedly more pedestrian take on the clique warfare concept, trading Fey's sly ambition for cruel DTV routine," wrote critic Brian Orndorf.

"Staying Alive" is the lesser-known sequel to "Saturday Night Fever." 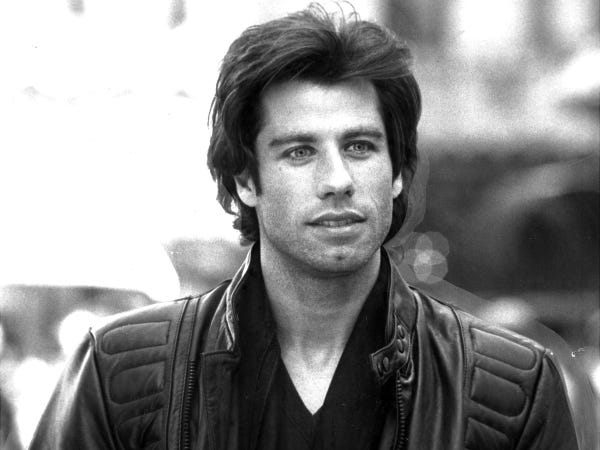 "Staying Alive" was released in 1983, six years after John Travolta wowed audiences with the Bee Gees-packed movie "Saturday Night Fever." However, not even the fanfare of the original movie could salvage this sequel.

"Only the presence of John Travolta turns 'Staying Alive' from an unqualified disaster into a qualified one," wrote Janet Maslin of the New York Times. "'Staying Alive' is a sequel with no understanding of what made its predecessor work. The first film was funny and touching, powered by a phenomenally successful score. This one is clumsy, mean spirited, and amazingly unmusical."

"Alice Through the Looking Glass" isn't as widely known as the first Disney live-action adaptation of "Alice in Wonderland." 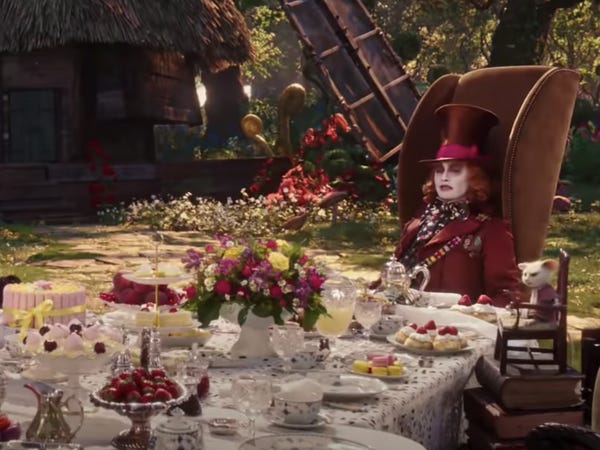 The sequel tried to live up to Tim Burton's remake of the classic Disney story, but failed to win over critics or audience members.

"Alice Through the Looking Glass" grossed $77 million domestically at the box office, compared to $334 million for the 2010 original.

"My Summer Story" is the summertime sequel to holiday favorite "A Christmas Story." 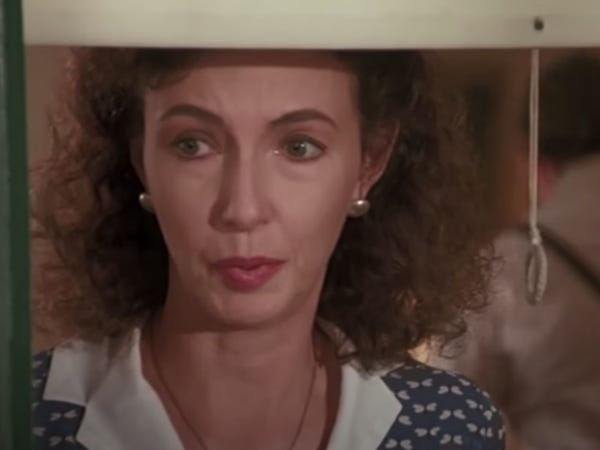 Released 11 years after the original movie, "My Summer Story," which also ran under the title "It Runs in the Family," starred an almost entirely different cast, except for the role of Miss Shield played by Tedde Moore.

The little-known sequel was poorly received by audience members — it scored just 46% on Rotten Tomatoes. 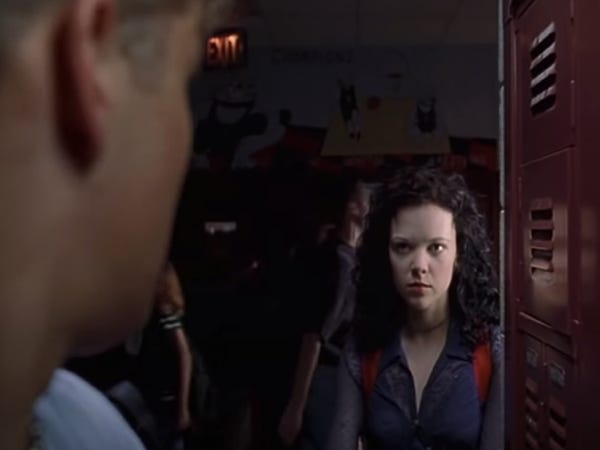 Of those who have seen "The Rage: Carrie 2," opinions are largely unfavorable.

The film scored low among both critics and audience members on Rotten Tomatoes, with Chicago Sun-Times critic Roger Ebert calling it "a shadow" of the original horror flick.

"I can imagine the story conference: 'Let's think up some reason why the heroine has exactly the same ability Carrie had, and then let's put her in a story where exactly the same things happen to her, with the same result.' People actually get paid for thinking up things like that. Too much, if you ask me," he wrote.

"Look What's Happened to Rosemary's Baby" is another TV movie that failed to live up to the original. 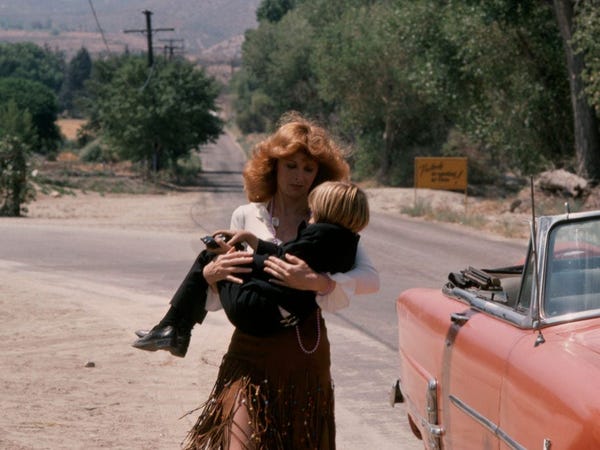 The mostly forgotten sequel to "Rosemary's Baby" picks up where the original movie left off, but definitely doesn't have the same fan following as the original.

While the first movie received two Oscar nominations and made $33 million at the box office on a budget of $3 million, the 1976 straight-to-TV movie is mostly unknown to fans and has a 3.4/10 score on IMDb.

The sequel to "The Blair Witch Project," "Book Of Shadows: Blair Witch 2," isn't very well known, nor was it particularly well received. 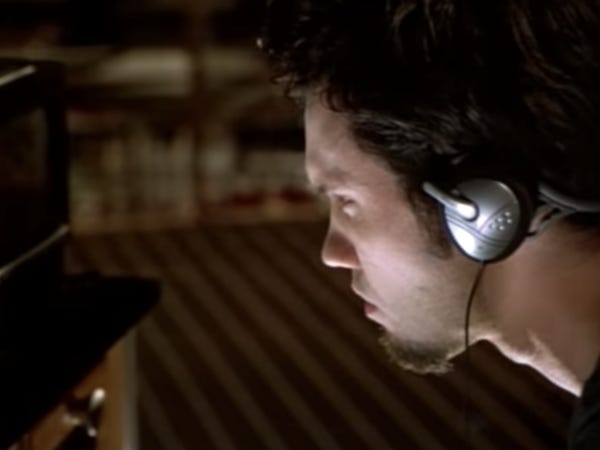 "The Blair Witch Project" is one of the most profitable and successful independent films of all time, using a found-footage aesthetic to create a compelling horror movie. However, its sequel "Book Of Shadows: Blair Witch 2," is largely forgotten about.

Although the film did make $47 million worldwide against its $15 million budget, the movie received negative reviews from critics.

The film received only a 14% positive score on Rotten Tomatoes from over 100 critic reviews, with the critic consensus reading, "This sequel to 'Blair Witch Project' is all formula and no creativity, mechanically borrowing elements from the original and other horror movies."

You probably don't know about the sequel to Disney's 1950 classic. "Cinderella II: Dreams Come True" was released straight to DVD in 2002. 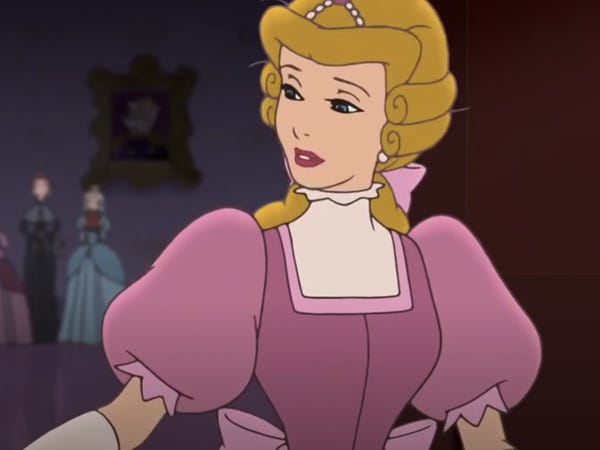 "Cinderella II" was released more than 50 years after the first movie came out. You might be wondering why the sequel was necessary, and you wouldn't be alone.

"If Disney's 1950 favorite 'Cinderella' proved that 'a dream is a wish your heart makes,' then 'Cinderella II: Dreams Come True' proves that a nightmare is a wish a studio's wallet makes," wrote Michael Dequina of TheMovieReport.com. "In their latest direct-to-video attempt to cash in on a movie classic, Disney proves all too painfully why fairy tales end with 'happily ever after' instead of 'to be continued.'"

"Grease 2" didn't generate the cult-like popularity of the first movie. 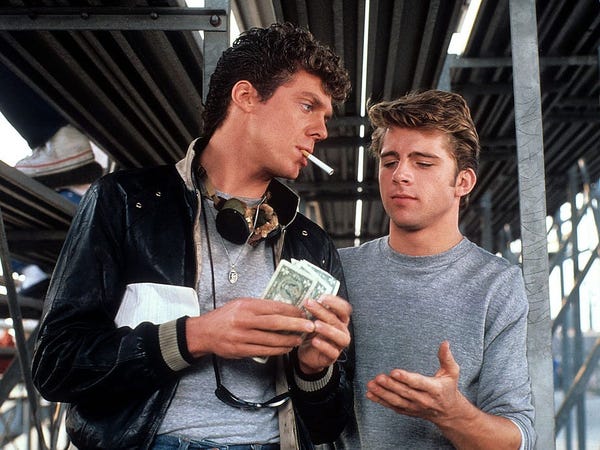 Released in 1982, four years after Sandy and Danny flew off in Greased Lightning, the film follows a new gang of Pink Ladies and T-Birds. However, not even Michelle Pfeiffer starring as the leading role could salvage this sequel, which barely surpassed its budget in box office sales. 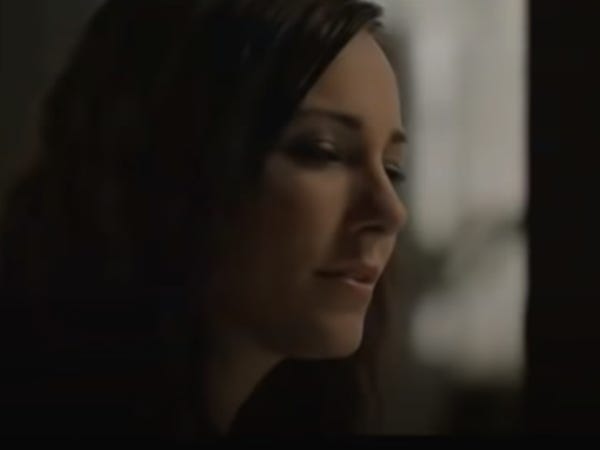 While "Donnie Darko" is lauded by critics as "a daring, original vision, packed with jarring ideas and intelligence," the sequel was much less well received.

"S. Darko: A Donnie Darko Tale," earned negative reviews on Rotten Tomatoes, both from critics and audience ratings. The original director has said he was not involved in the sequel.

"The Rescuers Down Under" is the sequel to Disney's animated adventure film "The Rescuers." 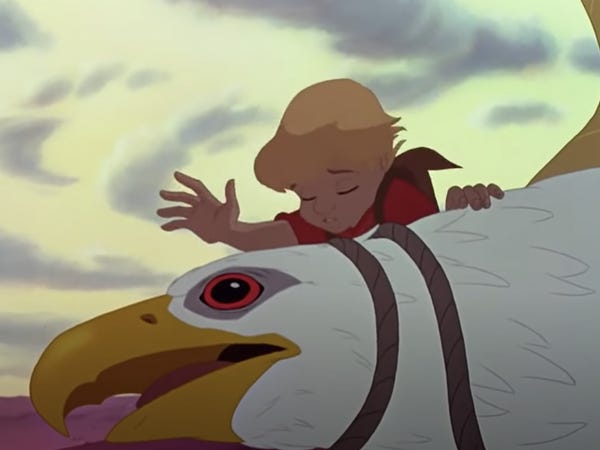 While the sequel was generally well received by both critics and audience members, "The Rescuers Down Under" is nowhere near as well known as the original, which took four years and $7.5 million to complete.

Despite grossing $27.9 million in the US, TV advertising of the movie was pulled after an opening weekend that was less profitable than expected following the smash hit of the first movie, which has grossed $71 million.

"The Chronicles of Narnia: Prince Caspian" didn't live up to the hype of the first movie in the series. 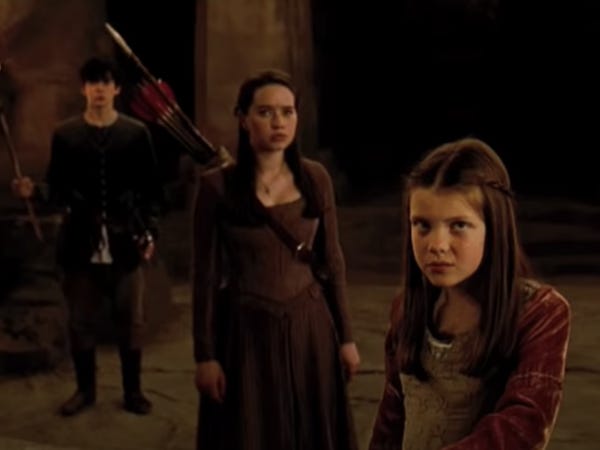 The movie opened to decent box-office success, grossing $56.6 million in its opening weekend in the US and Canada compared to "The Lion, The Witch, and The Wardrobe's" opening gross of $65.6 million. However, according to Reuters, industry analysts had expected a box-office opening in the $80 million range.

A third movie was adapted from the seven-book series by C. S. Lewis, "The Chronicles of Narnia: The Voyage of the Dawn Treader," but no plans have been released to continue with the film series.

"Marley & Me: The Puppy Years" follows what happened years before the troublesome dog grew up. 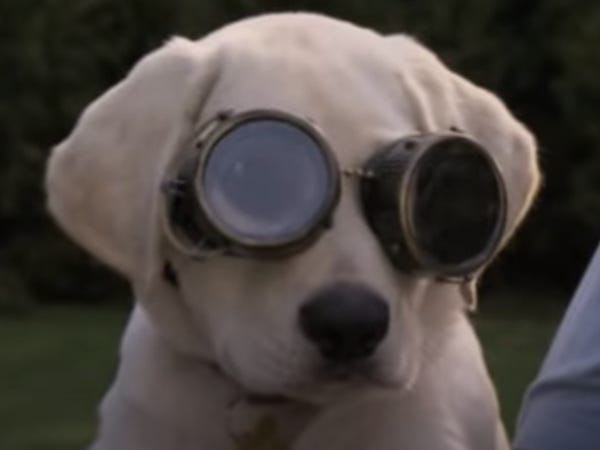 The straight-to-DVD prequel attempted to capitalize on the movie about the "world's worst dog," but didn't end up winning over those who loved the original movie. Though the movie does feature the adorable Marley and some fun-filled antics, the prequel didn't have the same heartwarming — and heartbreaking — quality of "Marley & Me."

The movie scored just 43% with audience members on Rotten Tomatoes. 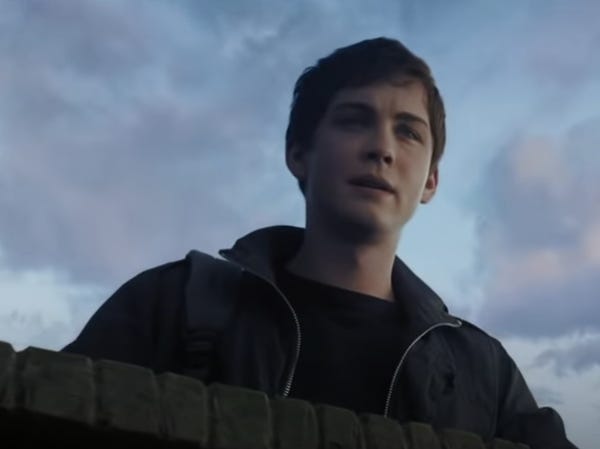 Other than devout fans of the "Percy Jackson" book and movie series, many probably don't know there was a sequel titled "Percy Jackson: Sea of Monsters" — or, they might want to forget.

Not even Rick Riordan, the author of the book series, is a fan.

"I still have not seen the movies, and don't plan on ever doing so," the author reportedly wrote on Twitter, according to USA Today. "I judge them from having read the scripts, because I care most about the story. I certainly have nothing against the very talented actors. Not their fault. I'm just sorry they got dragged into that mess." 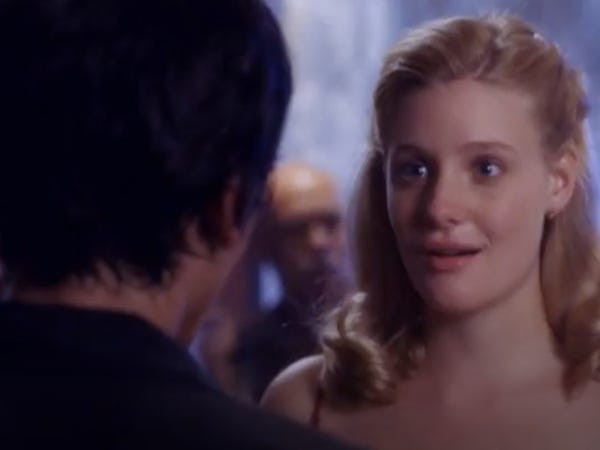 Less of a sequel and more of a reimagining of the original, "Dirty Dancing: Havana Nights" follows the story of a young couple during the Cuban Revolution in 1958. Swayze makes a brief cameo as a dance class instructor, but that's where the connection to the original movie ends.

The movie was generally well liked by audience members, who gave it a 73% positive score on Rotten Tomatoes. The critic consensus, however, is more negative. It scored 23% and was summed up as a "cheesy, unnecessary remake." 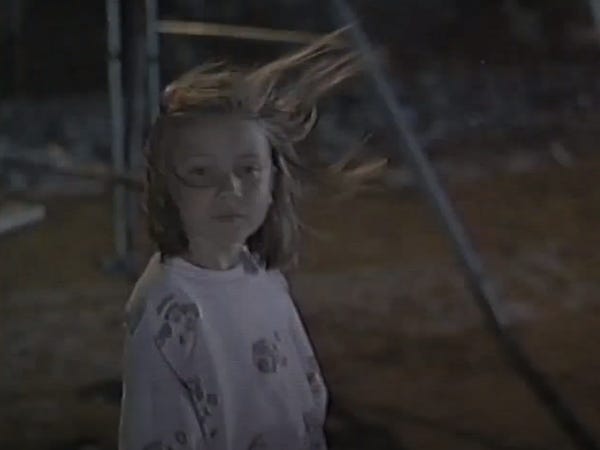 The sequel is largely forgotten and has not even racked up enough reviews on Rotten Tomatoes to receive a critic score. The 12% audience approval score should speak for itself, however.