Ammika Harris put a smile on fans’ faces by sharing an unseen photo of her darling son, Aeko Brown, playing with a rubber duck. He looks identical to dad Chris Brown!

Ammika Harris is spreading some Christmas cheer! The proud mom shared the most adorable photo of her baby boy, Aeko Brown, to Instagram on Christmas Eve, and it’s enough to put a smile on the grumpiest Grinch’s face. In the photo, which you can see below, one-year-old Aeko is beaming at his doting mother while playing with a rubber duckie in the bathtub. So sweet!

Ammika’s precious post, shared to her Instagram Story, comes just hours after Aeko’s father got down to flirting with her on the site. Chris Brown, 31, wasn’t being subtle when he commented on one of Ammika’s stunning selfies. The photo in question shows gorgeous Ammika, 27, posing in a strapless, cropped bustier-style top that shows off her delicate shoulders and bare stomach. Chris commented, “A TING!!!!” and added a red heart emoji.

Fans are still trying to figure out if Ammika and Chris are together or not. The couple officially broke up before Aeko was born, but they spend an awful lot of time together with their son. The little family even reunited for a magical vacation to Mexico in November, coinciding with Aeko’s first birthday. As a source told HollywoodLife EXCLUSIVELY that even Chris and Ammika aren’t sure where they stand. 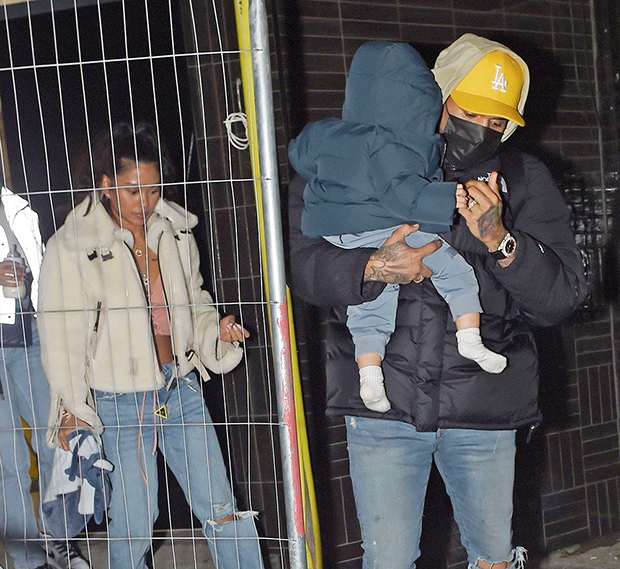 “Chris and Ammika haven’t put an official label on where things stand with them right now because they’re still trying to figure out what their next move is,” the source told us. “They know the love is there and they’ll always be in each other’s lives obviously, but there are so many variables at this point and everything is still up in the air.”