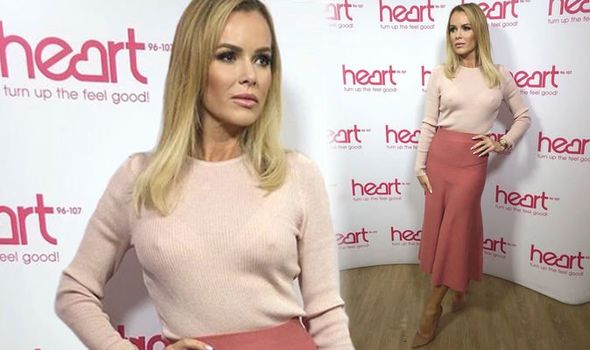 Amanda Holden, 48, continued to show off her sense of style on Instagram today but her followers appeared to be a little distracted.

The radio and TV star, who is probably best known for sitting on the judging panel of long-running ITV show Britain’s Got Talent, looked pretty in pink in the picture she posted this morning.

Amanda showcased her slim figure in an elegant three-quarter length skirt from Marks and Spencer in the snap she shared with her 1.3 million followers.

She teamed her skirt with a long-sleeved jumper from Topshop in a lighter shade of the same colour and pair of nude pumps.

The popular personality wore her blonde hair in a sleek and straight style to her shoulders and enhanced her good looks with glam make-up and light pink lipstick which complimented her outfit. 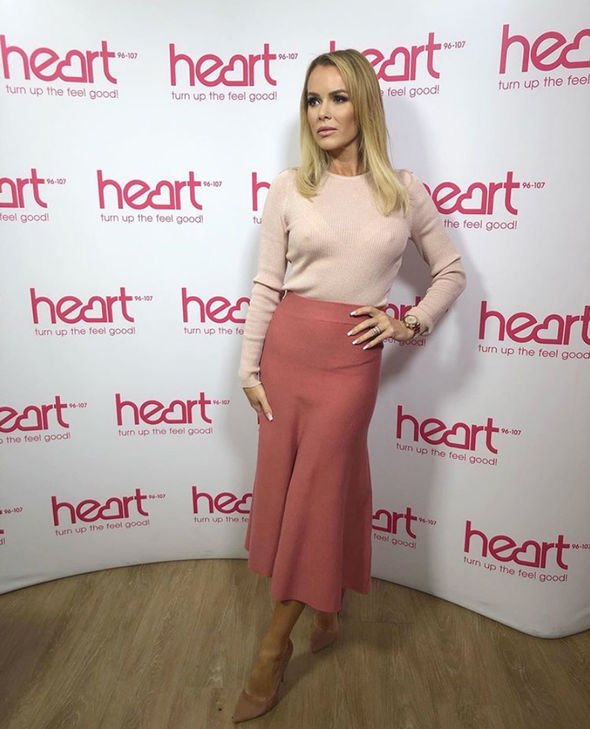 Amanda’s post revealed a little more than intended – something that was instantly picked up on by her followers.

Instagram users were a little distracted when they noticed the presenter’s bra and nipples were visible through the thin fabric of her top.

One user questioned: “Is it cold in the studio today?”

Others followed suit with: “Are we a bit nippy my dear,” and “Lil bit nippy out isn’t it??”(sic) 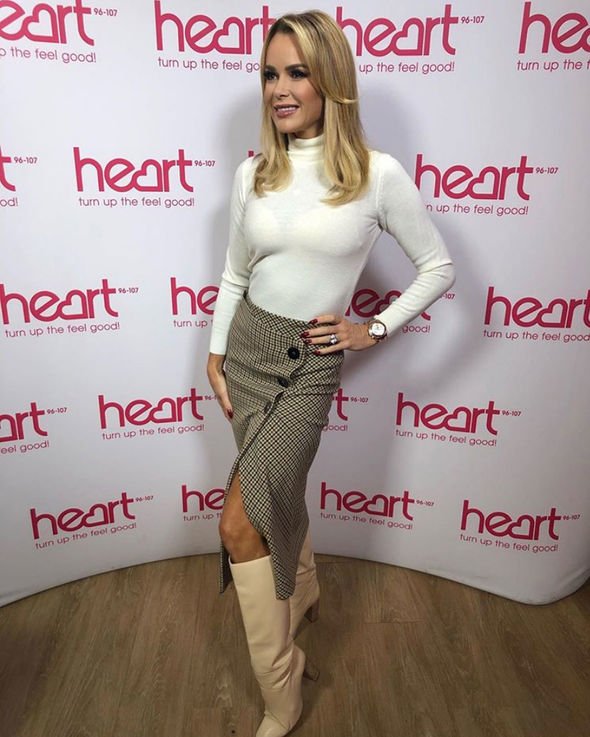 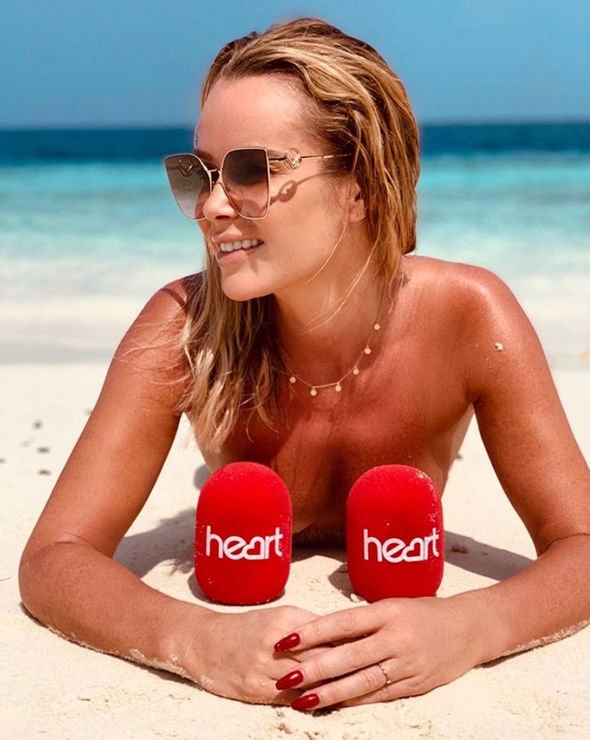 The television and radio star returned to work last week following a relaxing new year break with her husband Chris Hughes and their daughters Lexi, 13, and Hollie, seven, in the Maldives.

During her vacation, Amanda delighted her fans with several sizzling bikini snaps which showcased her phenomenal figure.

One picture, which was posted on New Year’s Eve, showed the star posing topless on the beach with a pair of strategically placed Heart FM microphone muffs covering her modesty.