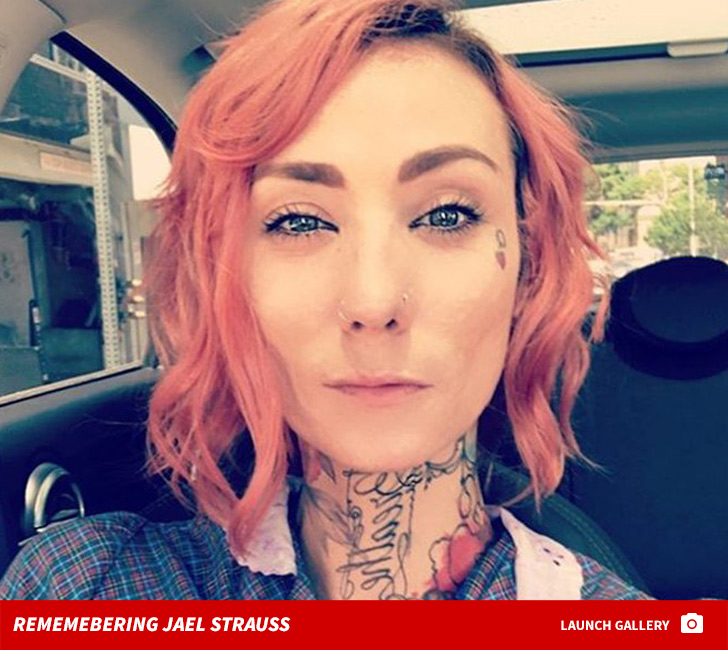 Sources close to the model — who competed on season 8 of the reality show — tell us she died in hospice Tuesday around 11 AM after taking a turn for the worse Monday night. We’re told she’d been unconscious for a few days, and her family recently stopped allowing visitors.

Jael decided to stop chemotherapy around Halloween and went into hospice on Thanksgiving, saying on Facebook, “First night in hospice. So many things I never knew about life. Or death. So many things.”

The model went public with her cancer diagnosis in October earlier this year with a heartbreaking Facebook post, revealing she’d been diagnosed with “incurable” stage 4 breast cancer. 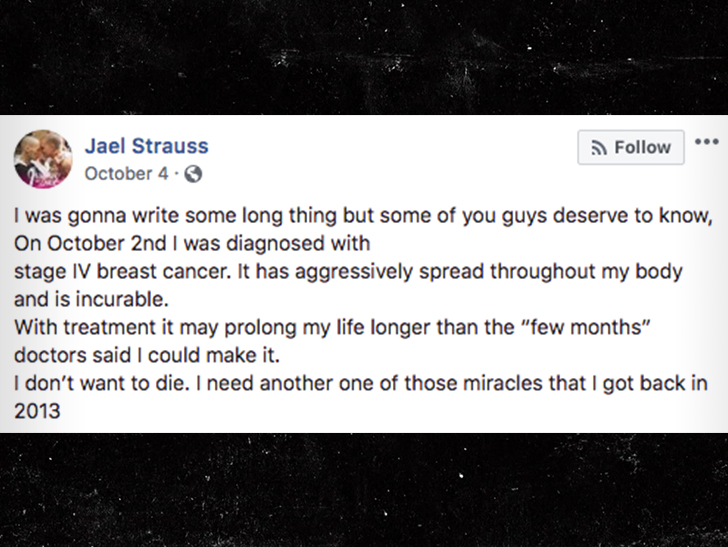 At the time, Jael wrote to her followers … “I was gonna write some long thing but some of you guys deserve to know, On October 2nd I was diagnosed with stage IV breast cancer.”

She continued … “It has aggressively spread throughout my body and is incurable. With treatment it may prolong my life longer than the ‘few months’ doctors said I could make it. I don’t want to die. I need another one of those miracles that I got back in 2013.”

Jael appeared on Dr. Phil in 2012 to tackle her addiction issues, and celebrated 5 years of sobriety this past August on IG. Her caption read in part … “I know a few things to be true: Miracles are real, Recovery is possible for everyone no matter how far gone you think you are, We are never too broken to be put back together, Service work feels better than the greatest high, Sobriety makes you weirder not normal and I’d be dead if it weren’t for all the love and forgiveness I’ve been showered with by my friends and family.”

A GoFundMe was started for Jael about a month ago that’s raised more than $18k of a $30k goal to fund her treatment. Jael’s family and friends tell TMZ in a statement … “The one blessing was that we were able to show her how loved she was before she passed. She brought so much light to people.”