AceShowbiz –
Ariana Grande has urged her fans to be “gentler” to her ex Pete Davidson after he opened up about being bullied online.

The “No Tears Left to Cry” singer called off her whirlwind engagement to the “Saturday Night Live” comedian in October, just five months after the couple started dating, and Pete was bombarded by negative comments from her followers when he returned to Instagram at the end of November.


On Monday, December 03, the funnyman, who suffers from borderline personality disorder (BPD) and suicidal thoughts, shared an emotional post on Instagram in which he said he had been bullied for the past nine months but wouldn’t let Internet trolls make him kill himself.

Ariana has now shared his post on her Instagram Stories, adding her own message in which she insisted that she cares about Pete and his health and asked her fans to drop the hate.

“I’ve learned thru my own mistakes not to be reactive on socials so i do understand. But you truly don’t know what anybody is experiencing ever. Regardless of what they choose to display on social media or how they may appear in public. I can promise u that. So please let whatever point you’re trying to make go (sic).” 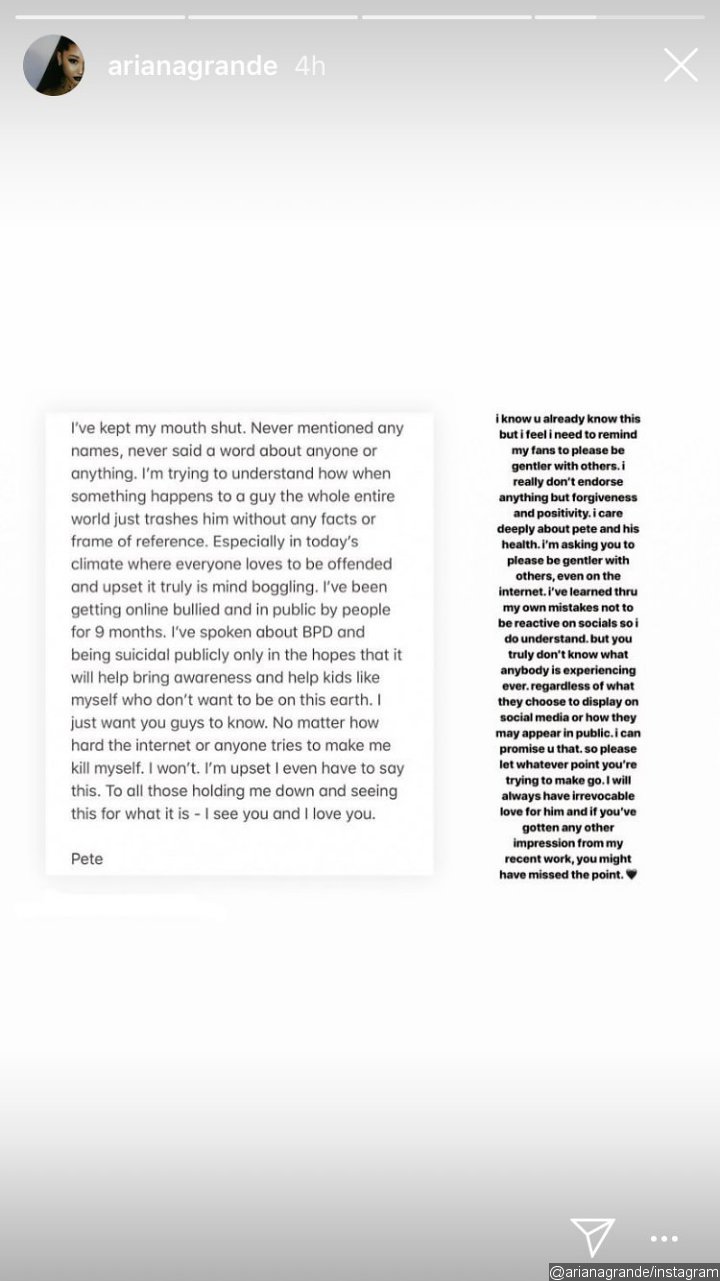 She also referenced her new single “Thank U, Next” in which she sings about being “thankful” for Pete and grateful for all of her exes.

“I will always have irrevocable love for him and if you’ve gotten any other impression from my recent work, you might have missed the point,” the 25-year-old concluded.

Ariana’s comments come days after her manager Scooter Braun asked her fans to show respect to Pete because he’s a “stand up guy.”