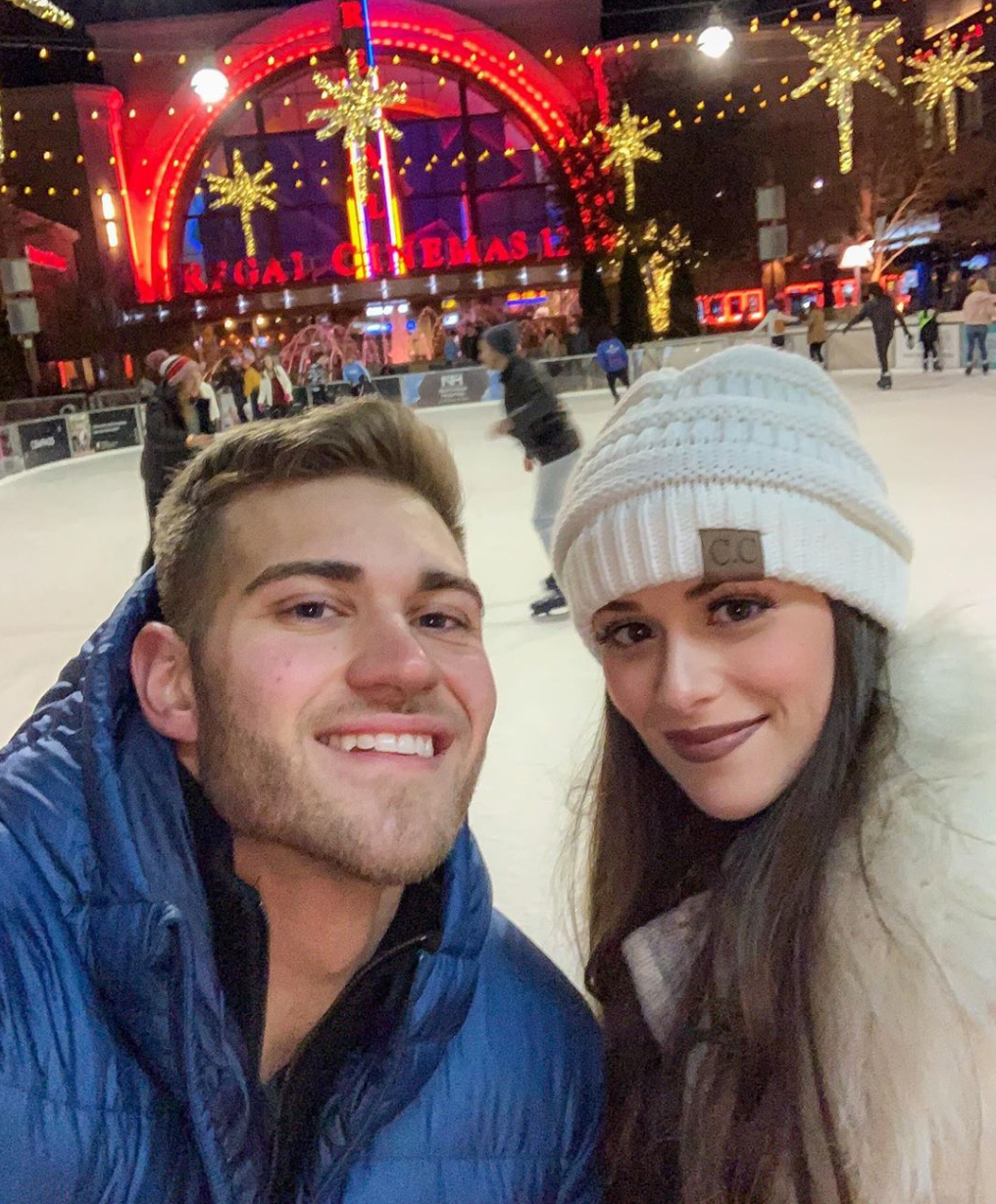 Luke Parker was unlucky in love after his stint on The Bachelorette, but the season 15 contestant is moving on with Caitlin Beadles.

“Caitlin and Luke have been spending a lot of time together, but at this point, they’re not officially dating,” a source told Us Weekly exclusively. “They care about the same things, specifically family and faith.”

The source added that the pair are “interested in getting to know each other more.”

Beadles was linked to Justin Bieber from 2008 to 2009. She attended the “Yummy” singer’s wedding to Hailey Bieber (née Baldwin) in October 2019. Earlier this month, Beadles posted a selfie with Parker during an ice skating date.

“Taking our ice skating skills to the Olympics,” she wrote.

Parker, for his part, made headlines during the summer of 2019 as he competed for Hannah Brown’s heart on the ABC dating series. While the former pageant queen had a quick connection with the Georgia native, he came under fire after Brown felt he sex-shamed her when he learned she slept with Peter Weber during the overnight dates. Parker late defended himself after he was eliminated during the final four.

“She told me she shared the same heart and convictions as me and she wanted to abstain from sex before marriage,” Parker said during an appearance on Reality Steve‘s podcast in October. “That’s why I’m so confused and that’s why you see the look on my face when she tells me about the windmill.”

He added that he “didn’t have an issue” with Brown, but was confused by her decision after their conversation.

“On the fantasy suite date dinner night in Greece, she’s telling me that she doesn’t want to have sex before marriage,” Parker said on the podcast. “And then she drops all of this on me. And I’m sitting there and I’m like, ‘Well all right, if that’s something you don’t want to do and now you’re telling me you’ve done it … this is the path that now you’re on when you told me you wanna be on this path, let’s go on this path together, let’s make it work, let’s figure this thing out.’ And she’s looking at me like, ‘Uh-uh, go home.’ So I was just caught off guard.”