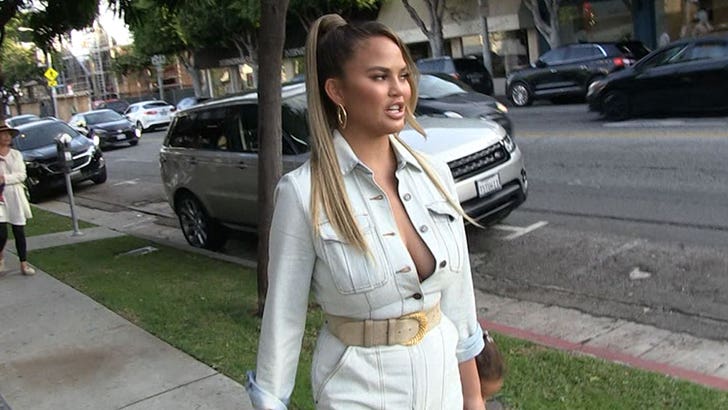 Chrissy Teigen tried so damn hard not to use foul language while talkin’ Trump — and she almost made it … almost.

We got the supermodel/TV personality mom out Tuesday in L.A. with her kids, Luna and Miles, making a Shake Shack food run and hitting up a kids clothing store, when our camera guy asked some solid questions about her expletive-laced weekend feud with the Prez.

You’ll recall … Trump called out Chrissy — not by name — as John Legend‘s “filthy mouthed wife” … to which she fired back, calling him a “p***y ass bitch.”

So, the question … will she double down on the “filth?” Chrissy was determined not to use profanities in front of her kids, and you could feel her struggling for restraint as she jawboned with our photog. She made it all the way to her car, when she just couldn’t hold back anymore.

Another good question … if we dare say. How are Chrissy and John super close to Kim and Kanye, when both of whom interact with Trump and may even have an influence over him on prison reform. So, what pray tell does Chrissy think about that?

One thing’s for sure … she’s not fearful of a fight with 45.