Saying “I do” again? Dennis Quaid opened up about his love life and the possibility of getting married for the fourth time in an exclusive interview with Us Weekly.

“I never count anything out,” the actor, 64, told Us of getting hitched to girlfriend Santa Auzina at his Out of the Box album release party with his band, The Sharks, on Tuesday, December 4. He credits his now-26-year-old son, actor Jack Quaid, for coming up with the band’s name when he was only 9 years old.

“We were wondering what to call ourselves and we couldn’t come up with it and he said, ‘Oh, The Sharks!’” he recalled. “He was at a rehearsal we were doing in the living room and it was Shark Week. I always say, ‘Thank God it wasn’t Dinosaur Week!’”

As for his relationship with Auzina, the Day After Tomorrow star says it’s pretty normal, despite their celebrity status.

“We love to go to dinner. I love to go to dinner at Catch, that’s our favorite restaurant. Love that place,” he said of typical date nights with his 32-year-old girlfriend. “Or just make a special night where we’re on the road. Go someplace and have her find a great restaurant that she really wants to go to. Or something like going to The Nutcracker with the kids. Whatever it is to get out.”

The A Dog’s Journey star began dating the French-Canadian model in August 2016, just two months after he split from his wife of 12 years, Kimberly Quaid, with whom he shares 11-year-old twins Zoe and Thomas. 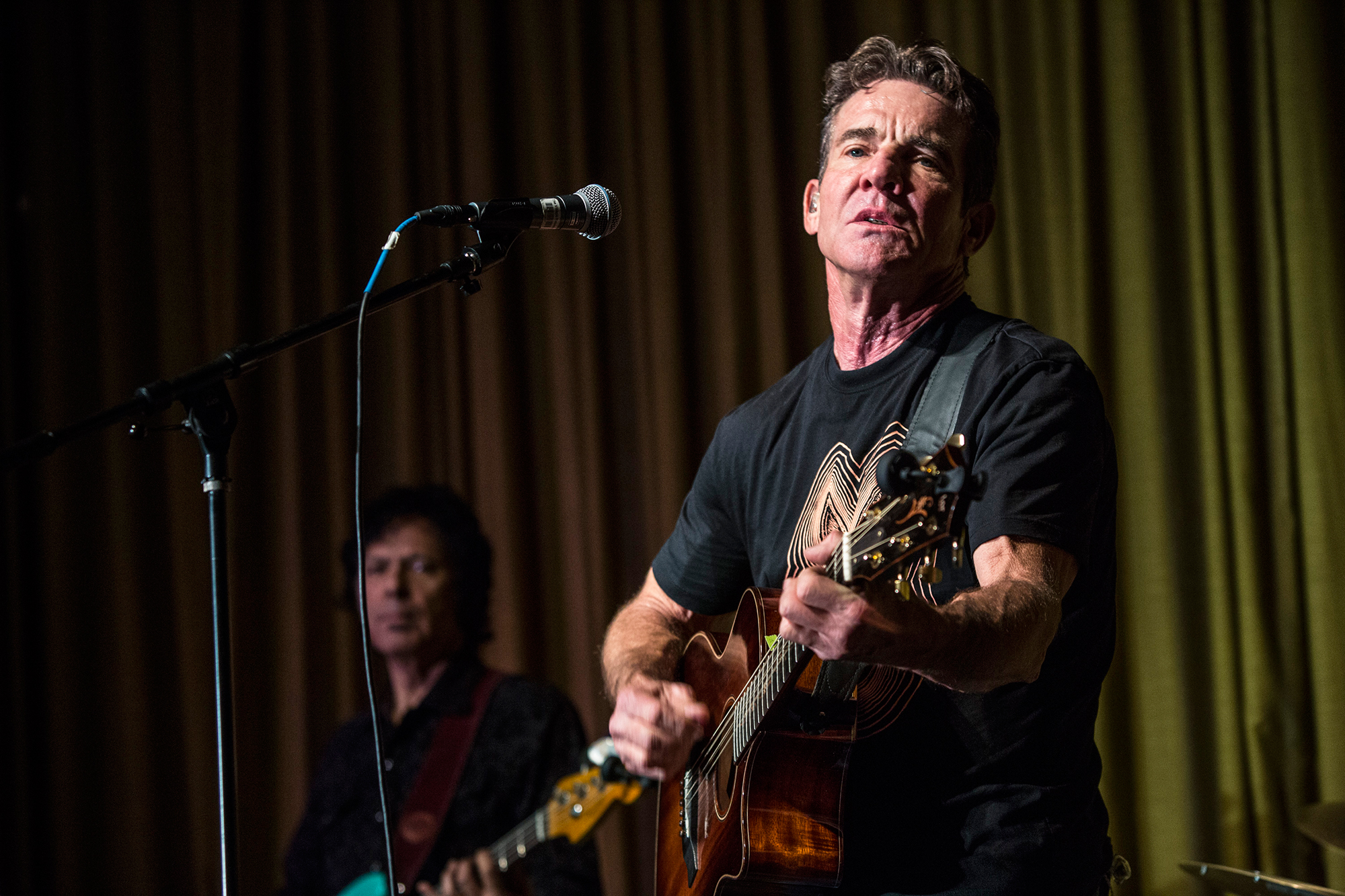 “After careful consideration, we have decided to end our 12-year marriage,” the exes said in a statement in June 2016. “The decision was made amicably and with mutual respect toward one another. We will always remain great friends and devoted partners in raising our children.”

Quaid explained he was planning on staying single following the divorce, but then he met his current girlfriend and the rest is history.

“[It was] my most successful relationship,” the Reagan star said of his marriage to the You’ve Got Mail actress, 57, on Megyn Kelly Today in July. “When we met, you know, I was the big deal. And then my career [came to a halt]. … We’d go out on the streets of New York and it would be like, ‘Meg! Meg!’ And I have to admit it, I actually did feel like I disappeared. I didn’t think I was that small, but I was. It was a growth opportunity. I learned from that.”

Ryan, meanwhile, has since moved on and announced her engagement to John Mellencamp last month.