AceShowbiz –
Ever since Kylie Jenner and Travis Scott (II) welcomed their daughter Stormi Webster earlier this year, they’ve been hit numerous engagement rumors. While neither of them have actually addressed the issue, the makeup maven might have confirmed that the rumors are indeed true in an Instagram Stories post.

Kylie shared on the photo-sharing platform a couple of pictures of the lovebirds to congratulate her rapper beau on having No. 1 song and album on this week’s chart. However, one photo caught the interest of a lot of people as it might hint at their engagement.


The picture itself was a normal picture of the couple looking cozy together during a recent photo shoot, but the ring emoji that she put on the image definitely raised question. The “Keeping Up with the Kardashians” star didn’t add any other or an explanation, so it just keeps making fans guess whether or not they are engaged. 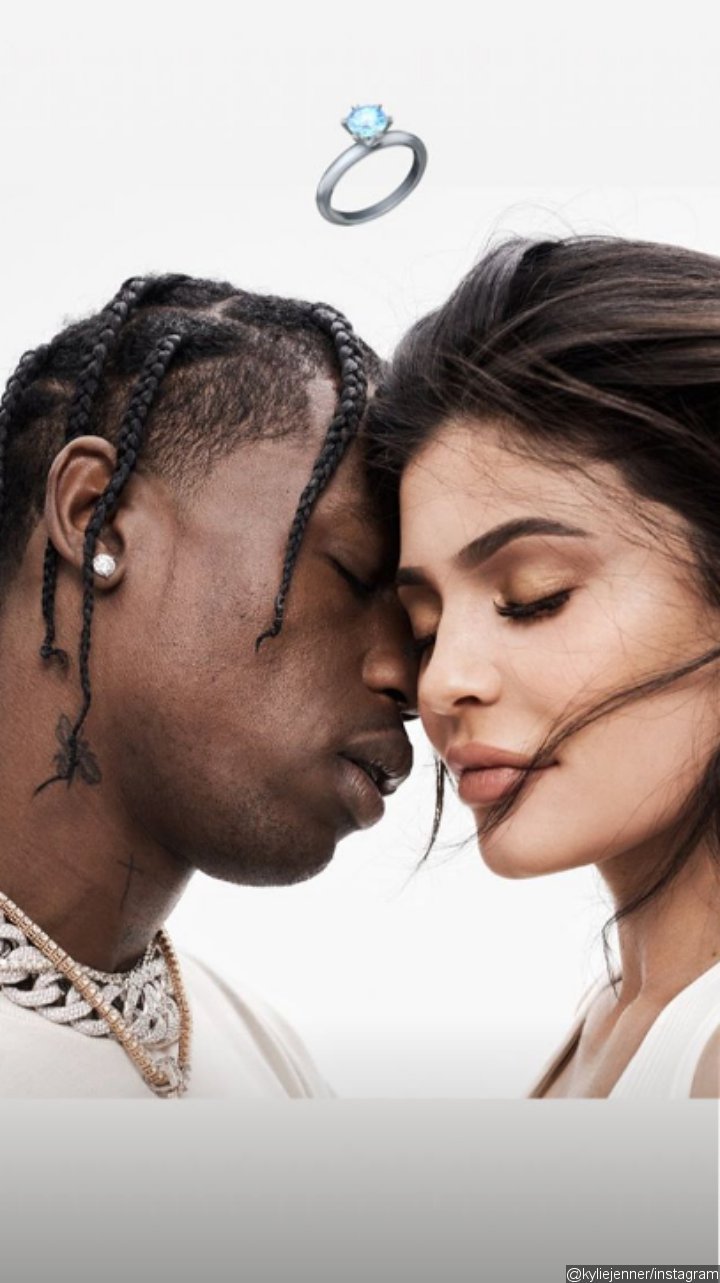 Kylie and Travis previously sparked rumors of their engagement after she was spotted rocking diamond rings on several occasion as well as calling the “Sicko Mode” hitmaker her “hubby.” Furthering the speculation, Travis also called his baby mama his “wifey.” The lovebirds also got people talking when they were caught on camera shopping at a jewelry store in Calabasas.

“Kylie and Travis have definitely discussed getting married and she has expressed what type of ring she would want Travis to buy her. It would definitely be over the top,” an insider shared at the time. “They are not engaged right now but have talked about it, and it’s only a matter of time.”

Along with their daughter, the “Life of Kylie” star is currently joining Travis on the road in support of his latest album “Astroworld”. The trek is scheduled to wrap up on December 19 at The Forum in Los Angeles.