She’s usually the one being asked the questions, but the roles were reversed when Duchess Kate sat down to interview a war veteran and young Cub Scout for a video ahead of Britain’s day honoring fallen military men and women.

When Blum—who was a Scout himself as a child—told the duchess that he had also trained at Sandhurst, she laughed, “It was probably a lot tougher than that when my husband did it, but I’ve heard a lot about it.”

Kate, who wore a black turtle neck and military-style coat for the appearance, went on to explain what Remembrance meant to her before opening the question up to the others. “I lost a few friends… one in particular, I remember he was killed a day or two before the war ended. That, I must say, affected me quite a bit,” Blum recalled while talking about his time serving in Italy during the Second World War.

Emily—who Kate later awarded a new Scouts badge for Remembrance—added, “It’s important to remember all the servicemen and women who sacrificed their lives so we can live freely and happily today.” 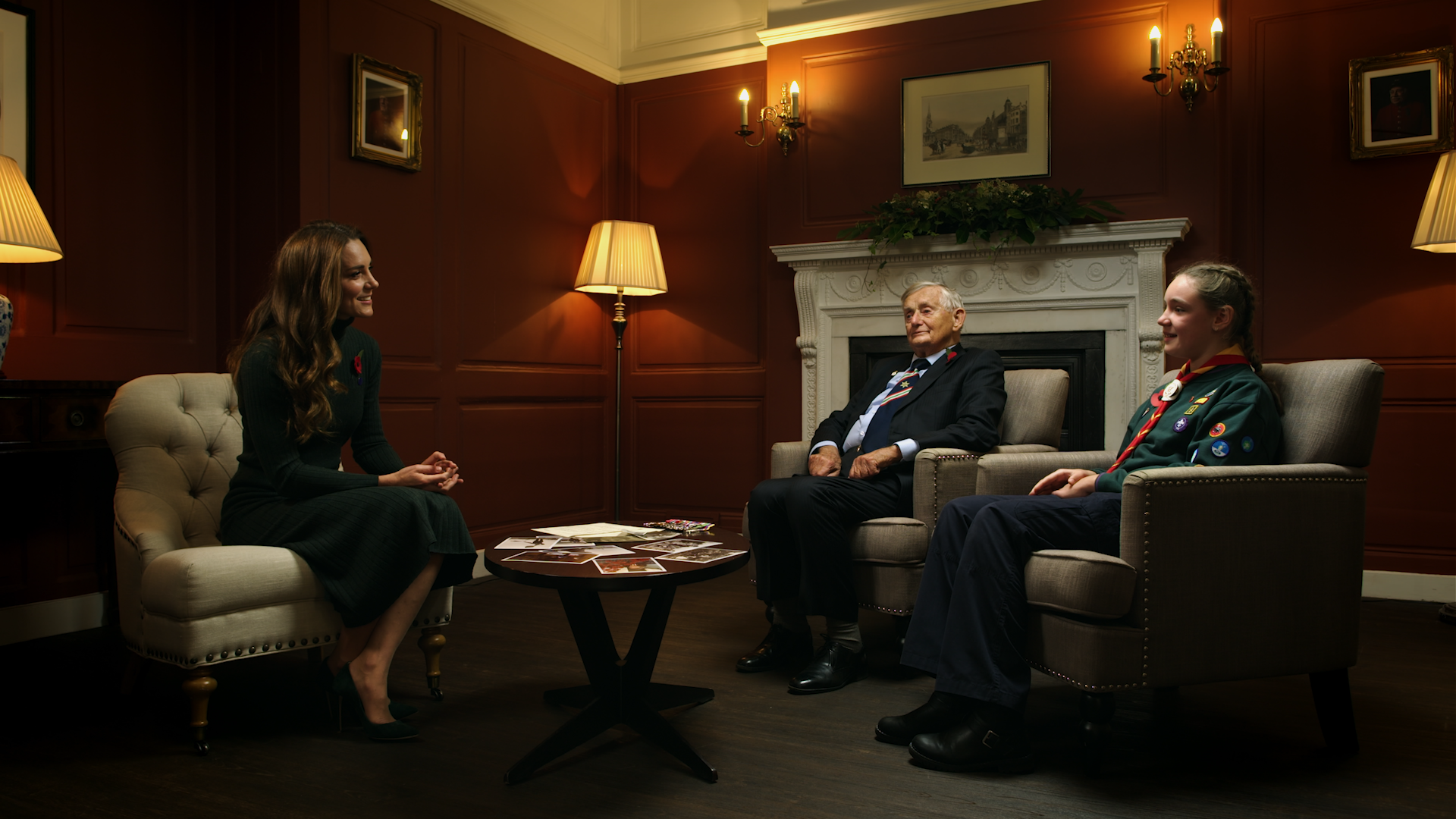 The group’s conversation took place earlier this month at the Royal Hospital Chelsea in London to mark the creation of a new Scouts Centenary Remembrance Badge—which is available to all who carry out acts to honor and commemorate the sacrifices made by military servicemen and women. It also commemorates 100 years of the Royal British Legion, a charity providing financial, social and emotional support to members and veterans of the British Armed Forces and their families.

At the end of their conversation, Kate—who is president of the Scouts Association—joined the pair in their own Scouts-style activity: making poppies. In the UK, the red flower is the symbol of remembrance and worn to worn represent consolation, remembrance and death.

On Sunday, Kate will appear alongside the Queen and other senior members of the royal family to commemorate Remembrance Day in London.