This Morning presenter Eamonn Holmes, 60, said while he enjoys presenting the ITV show with his wife Ruth Langsford, 60, and other presenters including Holly Willoughby, 39, and Rochelle Humes, 31, he prefers to host solo. The broadcaster’s admission comes ahead of the show’s new shake-up, where Alison Hammond, 45, and Dermot O’Leary, 47, will be presenting the show on some Fridays from January.

I can’t think of any presentation that I wouldn’t want to do on my own.

Speaking exclusively to Express.co.uk, he said: “I think you’d rather do any presentation on your own.

“I can’t think of any presentation that I wouldn’t want to do on my own.

“It’s like, why would you want to drive a car with two people on the steering wheel?”

“Rochelle is lovely to work with. 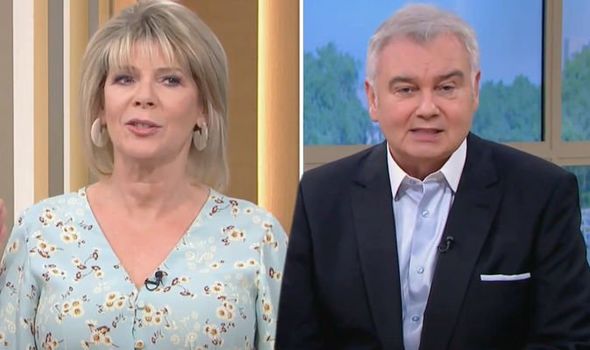 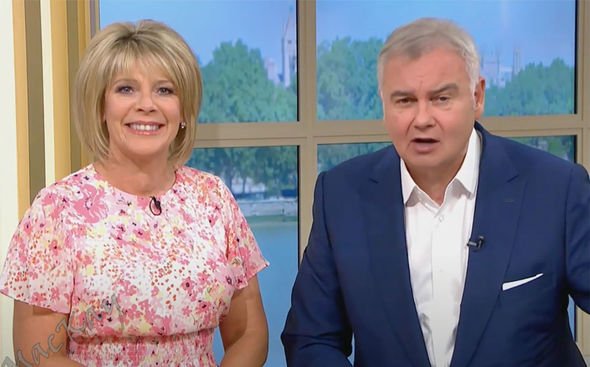 “I’ve presented with Holly. I don’t have any difficulty with that,” he added.

“But if you’re being truthful, a double presentation is a natural thing, but you can do anything on your own.”

At the time, the presenter had his own show on talkRadio, which he left in February.

Eamonn went on to say despite his preference, he feels “sadness” on the rare occasion he is away from Ruth on the show.

“The only time is when Ruth is not there, it’s my only sadness, they’ll always be a good reason,” he divulged. 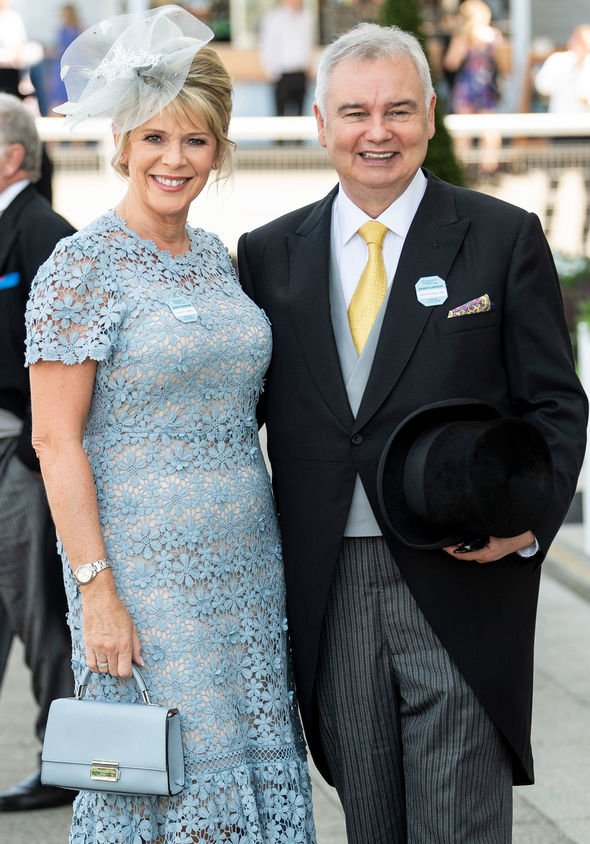 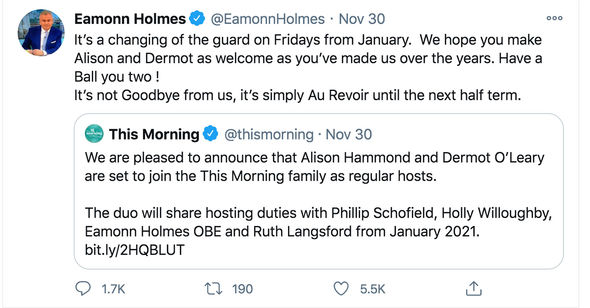 “The thing with Ruth is, I go out and she’s loved, I just need to have a sign around my head which says, ‘Ruth is not with me’.

“All I ever get is people saying, ‘Where’s Ruth?’ I think people really like to see us together,” he added.

The couple, who married in 2010, have been fronting the morning show together on Fridays and during school holidays for over a decade.

Last week, it was announced Alison and Dermot will be joining the main presenting line-up from January.

The show wrote on Twitter: “We are pleased to announce that Alison Hammond and Dermot O’Leary are set to join the This Morning family as regular hosts.

Eamonn spoke out about the news shortly after on his social media page.

In view of his one million followers, he wrote: “It’s a changing of the guard on Fridays from January.

“We hope you make Alison and Dermot as welcome as you’ve made us over the years. Have a Ball you two!”

Confirming he and Ruth will not be leaving the show for good, he added: “It’s not goodbye from us, it’s simply Au Revoir until the next half term.”

Ruth shared the same message on her respective page.

This Morning continues today at 10am on ITV.