Gemma Atkinson, 35, took the opportunity to update fans after she was unable to join her Hits Radio co-host Wes Butters on their show today. The former Emmerdale actress explained the situation in a video, which she shared with her 1.4 million Instagram followers this afternoon.

Gemma revealed the coronavirus pandemic has prompted the radio station to instruct its presenters to work from home, following Government guidelines about how to prevent further spread of the disease.

The star explained she was having some technical issues and it would not be possible for her to broadcast until she set up her equipment and her co-host Wes Butters was “holding the fort”.

While cuddling her pet dog outside the house she shares with her boyfriend Gorka Marquez and their baby daughter Mia, Gemma said: “Hi guys, so obviously I should be on Hits Radio today from four until seven with Wes.

“We’re now all working from home, we made the decision today, it’s obviously health and safety first. 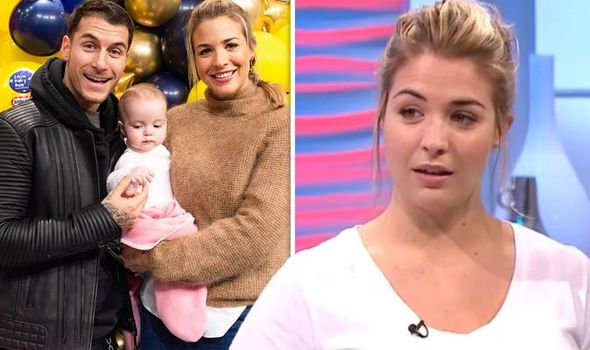 Hey guys! Business as usual for our show from tomorrow on @hitsradiouk but for today @wesbutters is holding the fort! Dashed in this afternoon to collect my kit and home studio is in operation! Thanks for tuning in, we’re gonna do our best to keep you perked up during these uncertain times!

“So I’ve been into work and I’ve collected all my kit to do the show.

“However I’ve got to convert a room into a studio, so I’m not going to be on air today because there’s no time.

“Wes is holding the fort from his home studio, so tune into him from four o’clock.”

Fortunately, Gemma shared the good news that she will be back on air from tomorrow. 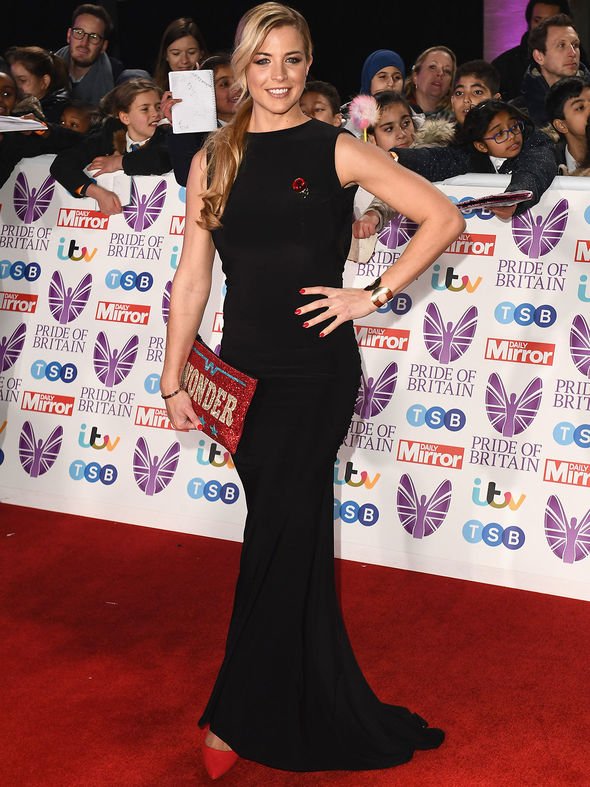 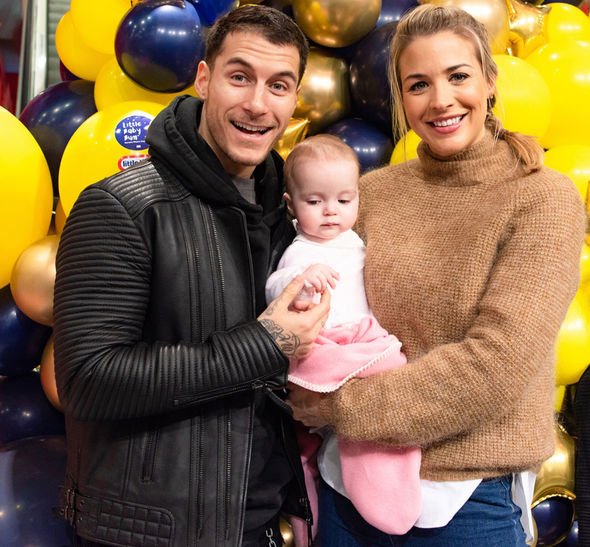 She added: “I’ll be back on air with him tomorrow once I’ve converted one of my rooms and got all my kit setup.

“Thank you so much for tuning in guys, I know it’s difficult times for everyone so we’re going to try our best to perk you all up, weekdays four until seven. See you tomorrow!”

Gemma captioned the post: “Hey guys! Business as usual for our show from tomorrow on @hitsradiouk but for today @wesbutters is holding the fort!

“Dashed in this afternoon to collect my kit and home studio is in operation!

“Thanks for tuning in, we’re gonna do our best to keep you perked up during these uncertain times!”(sic)

Fans took to the comments section of the star’s post to share their thoughts about the situation.

One person wrote: “You’re so right you have to think of your families now so working from home best idea don’t envy you doing your room though. Stay safe.”

Another fan added: “Show us your home studio when you have finished.”

Elsewhere, Gemma spoke out about an awkward mishap she experienced while on the way to a restaurant with Gorka.

Speaking in a recent clip from their YouTube account Gemma & Gorks, the small-screen star explained why they were running late, saying: “It’s because I found I had poo under my nail just before we set off. I had to run back in.”

Gemma finished by admitting: “That’s what happens when you change [your baby] in a hurry.

“I had green poop under my fingernail.”