Hayden Panettiere has a new guy on her arm.

The former Nashville star was recently photographed holding hands with her ex-boyfriend, Brian Hickerson’s, brother, Zach Hickerson, while out in New York City. Hayden rocked jeans, a Notorious B.I.G. t-shirt and denim jacket, while Zach wore black skinny jeans and a black t-shirt. The two were all smiles as they laughed and walked hand in hand around the city.

A source, however, told People on Wednesday that the pair are “friends and have been for a while.” The outlet’s source also confirmed that the actress and Brian were no longer together. ET has reached out to Panettiere’s and Brian Hickerson’s reps for comment. 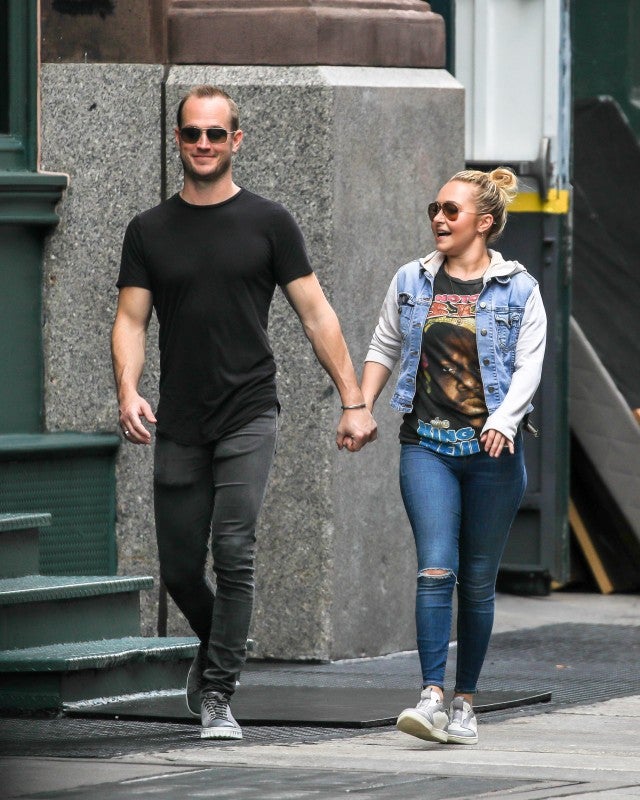 In early May, Brian was arrested and booked on suspicion of felony domestic violence. Later that month, the Los Angeles District Attorney’s Office confirmed to ET that the aspiring actor was charged with one felony count of domestic violence.

The judge also issued a protective order that was requested by prosecutors, which stated that he must stay 100 yards away from Hayden. He was also banned from reaching out to the actress via telephone calls or email, and cannot be in possession of a firearm.

See photos of her in recent years: