It’s a picture that will have Jane Austen spinning in her grave, as one of her aristocratic characters is shown in a shockingly incestuous clinch with his sister.

It never featured in the chapters she wrote before her death in 1817. 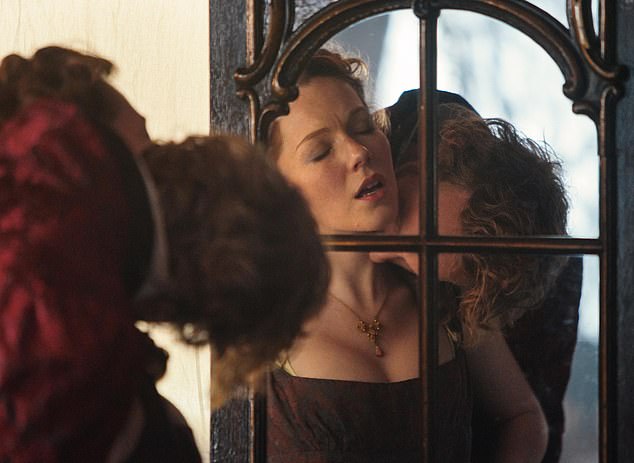 Instead, screenwriter Andrew Davies – famous for ‘sexing up’ his scripts – added the kiss between the villainous Sir Edward Denham, played by Jack Fox, and his sister Esther (Charlotte Spencer).

So far, the pair have spent most of their time plotting to benefit from the will of their aunt Lady Denham (Anne Reid).

But the drama has also included hints that the relationship between the step-siblings may be far from conventional. 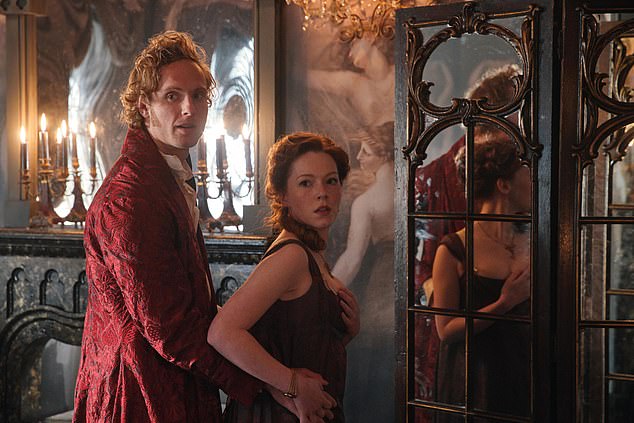 She has previously confessed her love for a man she can never have, and has dismissed a string of suitors.

Sir Edward later promises her ‘a life the poets would envy’.

Davies last night admitted he had invented the incestuous relationship.

He said: ‘This is not in the novel. It’s my interpretation. They are not exactly brother and sister – they are step-siblings.’

The writer, who also included an incestuous relationship in his 2016 BBC version of War And Peace, insisted: ‘Unsuitable attachments went on in those days at least as much as today.’