Height differences between actors on film sets frequently has some hilarious methods used to solve the problem. In the golden era of movies, overly short actors were forced to stand on literal boxes to compensate. Sometimes, to create equal height, an overly tall actor would have to walk in a ditch to see eye to eye with their co-star.

In the MCU, there was apparently a similar situation with Robert Downey Jr. as Iron Man. Even though Downey is reportedly not really short, he just so happens to star alongside overly tall actors.

As a result, he had to get used to wearing something that might seem embarrassing nowadays for an actor: Wearing high heels or high-platformed shoes. 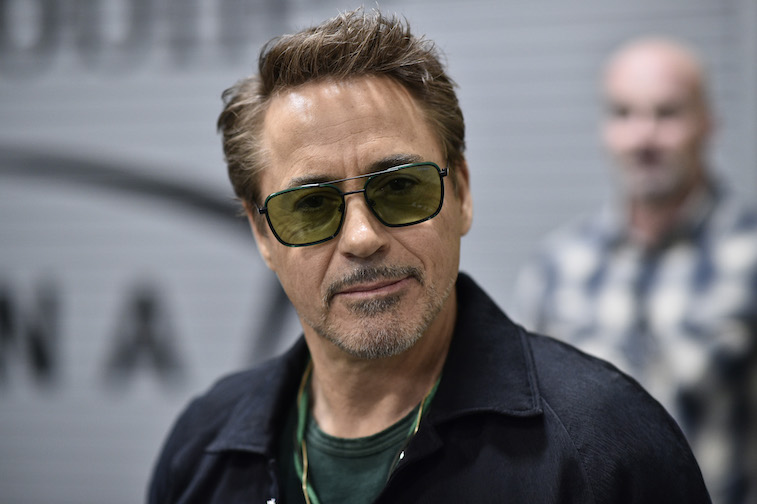 RELATED: The Heartbreaking Way Robert Downey Jr. Used to Bond With His Father

One would think with news of Downey having to wear heels on the set of the MCU movies (and others), he may be considered shorter than average. In truth, his height is reportedly 5′ 8″ (1.73 m) according to CinemaBlend, which is fairly average for most guys. The problem is many of his co-stars in the MCU are over 6 feet tall.

Some might find it hard to believe Gwyneth Paltrow is 5′ 9″, apparently causing a few problems in Downey looking shorter than her in their MCU scenes together. To solve the problem, Downey started wearing heels on the set, albeit not the kind women wear.

He reportedly started wearing platformed shoes to increase his height every so subtly. These shoes made him be able to appear at least a couple inches taller, making him look more commanding as Tony Stark.

Not that Downey was able to navigate too easily in these shoes from the beginning. At first, he had to use them on the set of another prominent movie franchise.

Is Guy Ritchie to blame for forcing Robert Downey, Jr. to wear heels?

Sources like WhatCulture say Guy Ritchie was the first director to force Downey to wear wedged shoes to make the actor appear taller. This was, of course, on the set of Sherlock Holmes where Downey’s co-star, Jude Law, was also a couple of inches taller.

In outtakes of the film, Downey could be seen stumbling in some scenes while trying to get used to this footwear. Once joining the MCU, the directors of each film convinced Downey to wear the same shoes to stay equal in height with his fellow actors.

Now he apparently is used to wearing them when he acts, something most people would have never noticed if not told. Oddly enough, because Downey is not that short, it still seems a tad condescending when looking back at how Hollywood dealt with height disparities.

A quick look back at other short actors shows Downey is still in good company.

Some actors were and are shorter than Robert Downey, Jr.

It might sound painful to men around Downey’s height to think such a size is considered short in some circles. Comparatively, Humphrey Bogart was Downey’s same height back in the golden age of Hollywood. In those days, 5′ 8″ was not considered short, proving how evolution has changed the general size of people.

As for contemporary actors, a number of them are shorter than Downey. Jack Black is apparently only 5′ 7″, including the legendary Al Pacino. Tom Cruise is notoriously known for being shorter than average at 5′ 7″.

Some actors living today are shorter than this. Richard Dreyfuss is apparently 5′ 5″, plus Daniel Radcliffe is the same height. Danny DeVito may be the naturally shortest living actor today at only 4′ 10″.

Downey certainly has nothing to worry about, unless he goes back to the MCU soon where Tom Holland suddenly shoots up to over 6 feet tall.