Kelly Clarkson and her husband, Brandon Blackstock, are getting divorced after seven full years of marriage, which is basically an eternity in the world of celebrity relationships. And a lot has happened leading up to their split—including 10 months of dating, nonstop sex, two cute kids, a prenup signed days before their wedding (!!!!), tensions in quarantine, and even more tensions at work—’cause yeah, Brandon is Kelly’s manager. Here’s a look back at their relationship for those of us who are curious, including the newest update about their custody agreement.

Brandon and Kelly meet for the first time at the American Country Music Awards while Kelly is rehearsing a song with Rascal Flatts, a group Brandon happens to be managing at the time. Here are Kelly and Rascal Flatts on this fated day: 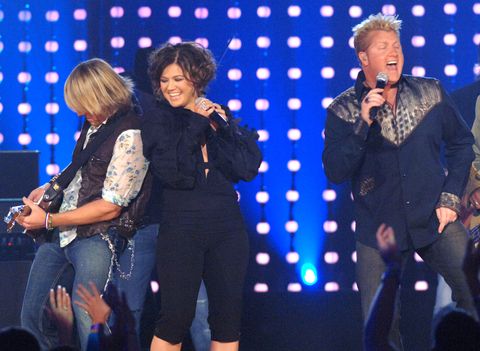 Six years later, Brandon and Kelly reconnect through their mutual friend Blake Shelton (who, yeah, Brandon also manages). “We were just in a room together, and then he came up and said he was from the same hometown as me and I was like, ‘Oh, we’re so getting married,’” Kelly told Ryan Seacrest on KISS FM. “I was so that girl. When he became single, I was on the prowl.” 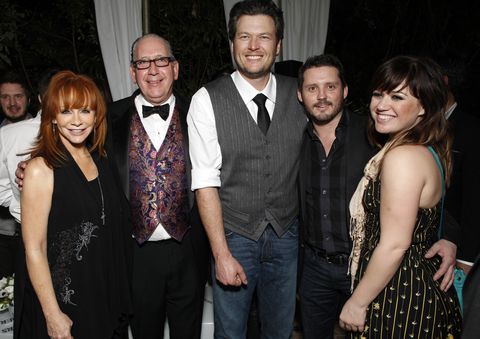 After just 10 months of dating, Brandon proposes to Kelly right before the holidays. Look how happy/cute: