Joining in the fun! Kim Kardashian and Khloé Kardashian revealed that Kylie Jenner is not the only family member with a song meant for the A.M.

“I have my good morning song, which I won’t sing to you right now,” Kourtney Kardashian teased in an Entertainment Tonight interview shared via Twitter on Thursday, November 7.

The moment was inspired by Jenner’s “Rise and Shine” ditty, which went viral in October after the Kylie Cosmetics CEO, 22, sang the tune to wake up 21-month-old daughter Stormi — whom she shares with ex-boyfriend Travis Scott — in a YouTube video. 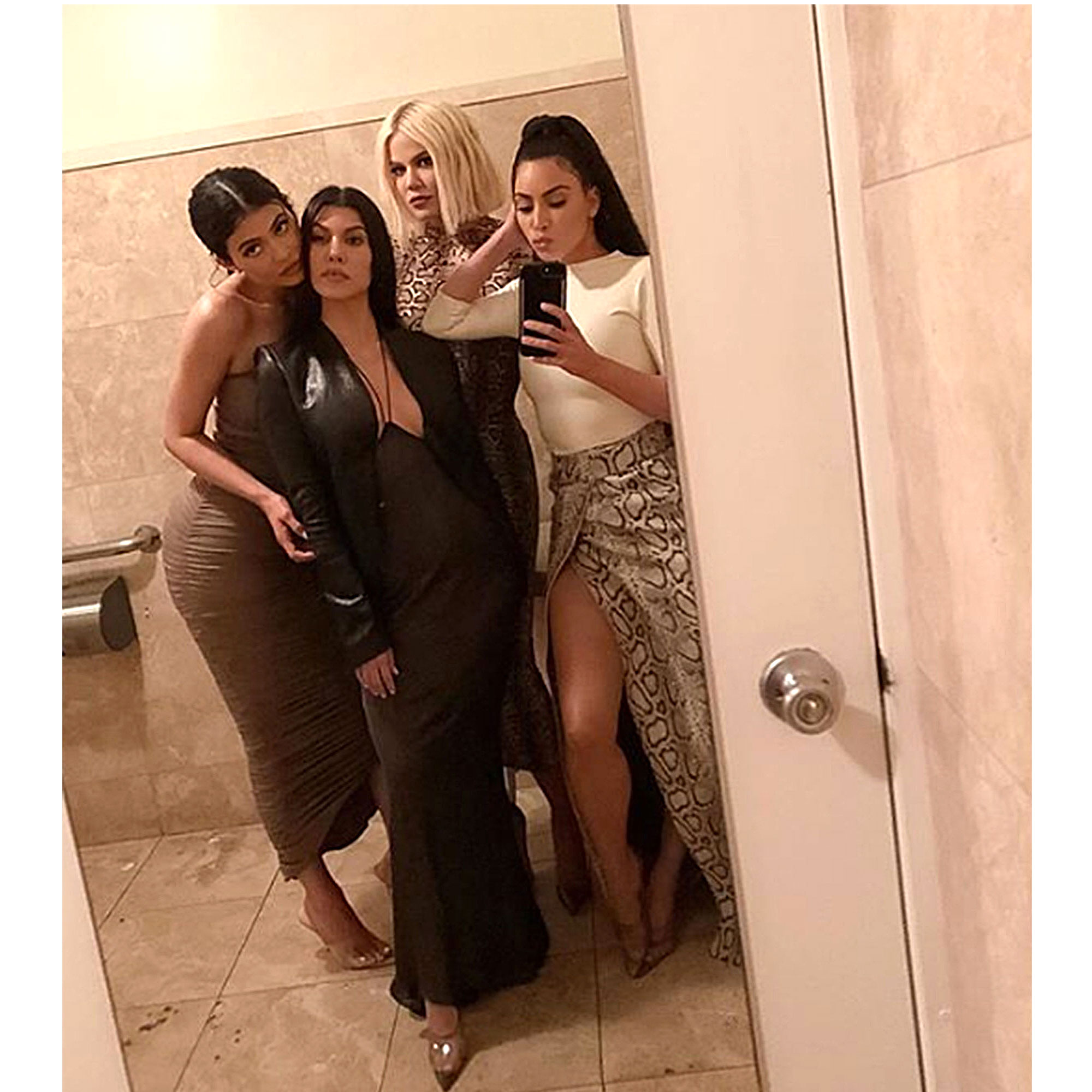 Many celebrities have recreated the song since, including Ariana Grande. The pop star, 26, asked, “Can I sample?” via her Instagram Story, to which Jenner replied: “Yes, yes you can @arianagrande. As long as I’m in the music video.”

Miley Cyrus and boyfriend Cody Simpson covered the track too. “Your new alarm clock,” the Hannah Montana alum, 26, captioned an Instagram video of the pair’s duet in October.

Jenner later revived the meme-worthy moment for her brother Rob Kardashian’s Instagram account. She silently mouthed the words in a video posted by the 32-year-old in October. “Rise and shine,” he added in the caption.

The Life of Kylie alum also capitalized on the popularity, dropping merchandise with the phrase “riiise and shiiine.”

Jenner even filed legal paperwork to trademark the catchphrase. The move would allow her to use it on apparel and cosmetics. Twitter had mixed reactions about the news. One user wrote that she “cannot trademark a phrase that has been used since before you were born,” while another tweeted, “Everyone was bugging [Jenner] to do a rise and shine palette and now that she’s working on it everyone says they don’t want it.”

A third user pointed out: “I don’t think celebrities should be able to trademark everyday phrases. Like, Kylie Jenner did not coin the phrase rise and shine.”