Maisie Williams, 23, has revealed she encountered a few issues while stepping out for the Chloé Paris Fashion Week 2020 show in a funny Instagram video. The former Game of Thrones actress filmed herself while wearing a stylish pink face mask due to the coronavirus pandemic, but went on to admit she “forgot” to bring a key safety feature of the accessory to the event.

Maisie went on to admit she awkwardly arrived at the fashion show too early.

In view of her 11 million followers, the star said: “Just got to the Chloé show and I feel like such a boomer because I forgot to put the thing in my mask to make it safe and also I got here so early!”

The Two Weeks To Live star then explained she suffered another problem because of the windy weather in the French city.

She added while showing fans her Chloé branded umbrella: “As if it couldn’t get any worse. 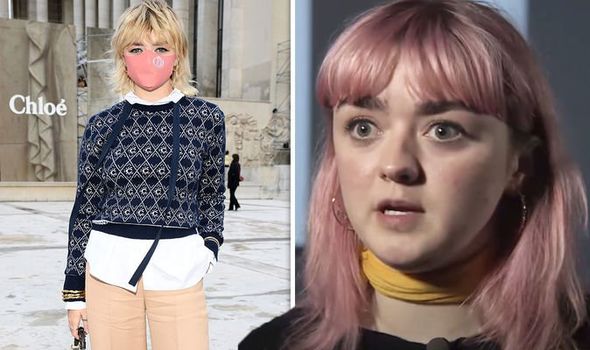 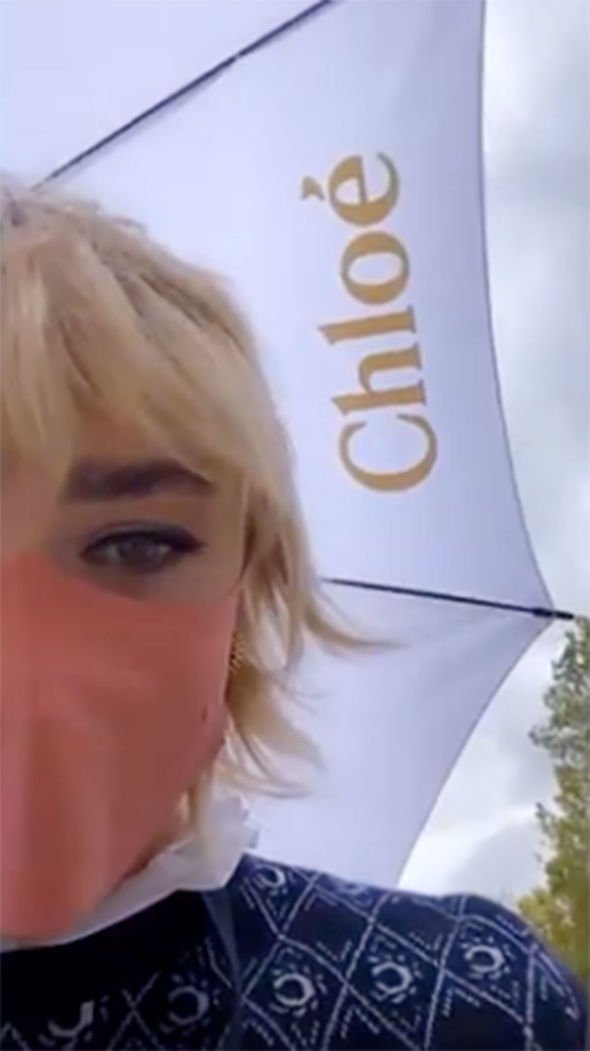 “I just put my umbrella up and it turned inside out!”

The Arya Stark star stunned in a patterned knitted jumper layered over a white shirt and camel coloured trousers.

She accessorised with chunky burgundy shoes, gold bracelets, and a small white handbag. 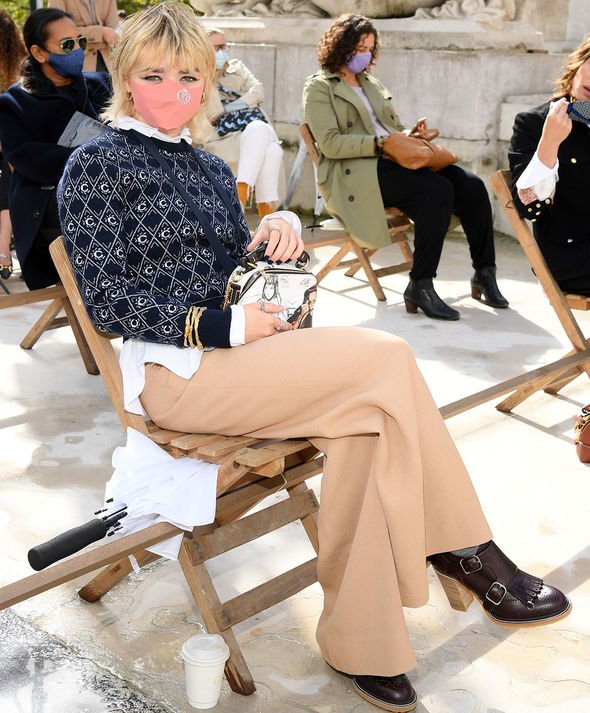 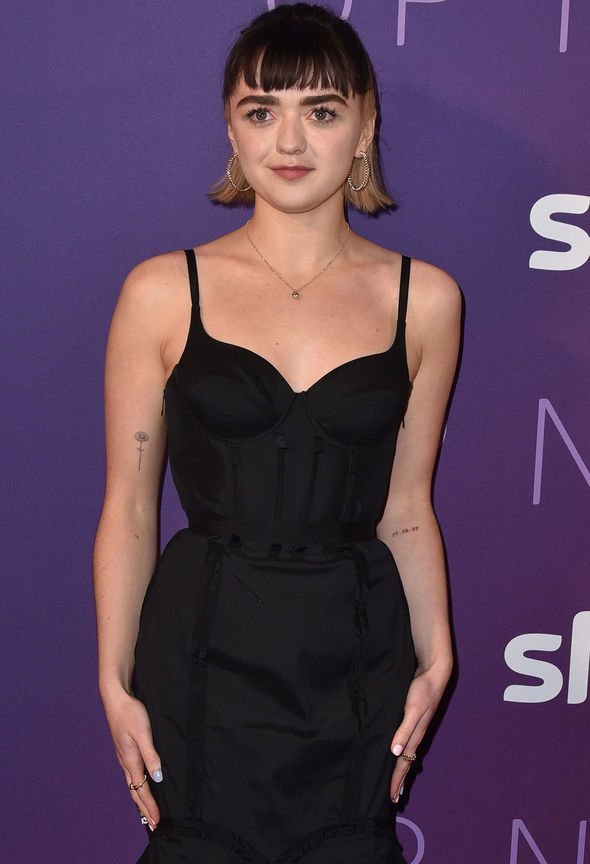 Elsewhere, Maisie addressed a behind-the-scenes issue she experienced while filming Game of Thrones in Belfast.

Speaking about her time on the HBO drama, which ended last year, the actress revealed that the rainy weather was a struggle to deal with at times.

Maisie explained she often had to put up with her feet being wet during filming.

When quizzed on what she doesn’t miss from Game of Thrones, the Arya Stark star revealed: “The wet feet.

DON’T MISS:
Paul McCartney: The Beatles star gets ‘sign’ ahead of interview [PICS]
James May: Top Gear star speaks out after making big decision [COMMENT]
Emma Willis reacts after being told she has ‘bingo wings’ [OPINION]

“That was the worst,” the actress added.

In spite of the problem, Maisie gushed about her experiences with her fellow cast members in the city, where they shot many of the scenes from the show.

She recalled: “It changed so much over the years that we were there.

“I feel like Game of Thrones had such a huge impact on Belfast and it was such a joy to go back there every year.”

Maisie added to OK! Magazine: “There are a lot of good bars!

“There’s a place called Made In Belfast, which has really great dinners.”

Maisie then admitted that the cast’s appearances in Belfast sometimes sparked a frenzy amongst university students, who were fans of the show.

She continued: “The locals were pretty chilled about us, but then you’d get a lot of uni students who were like, ‘Oh my God!’”