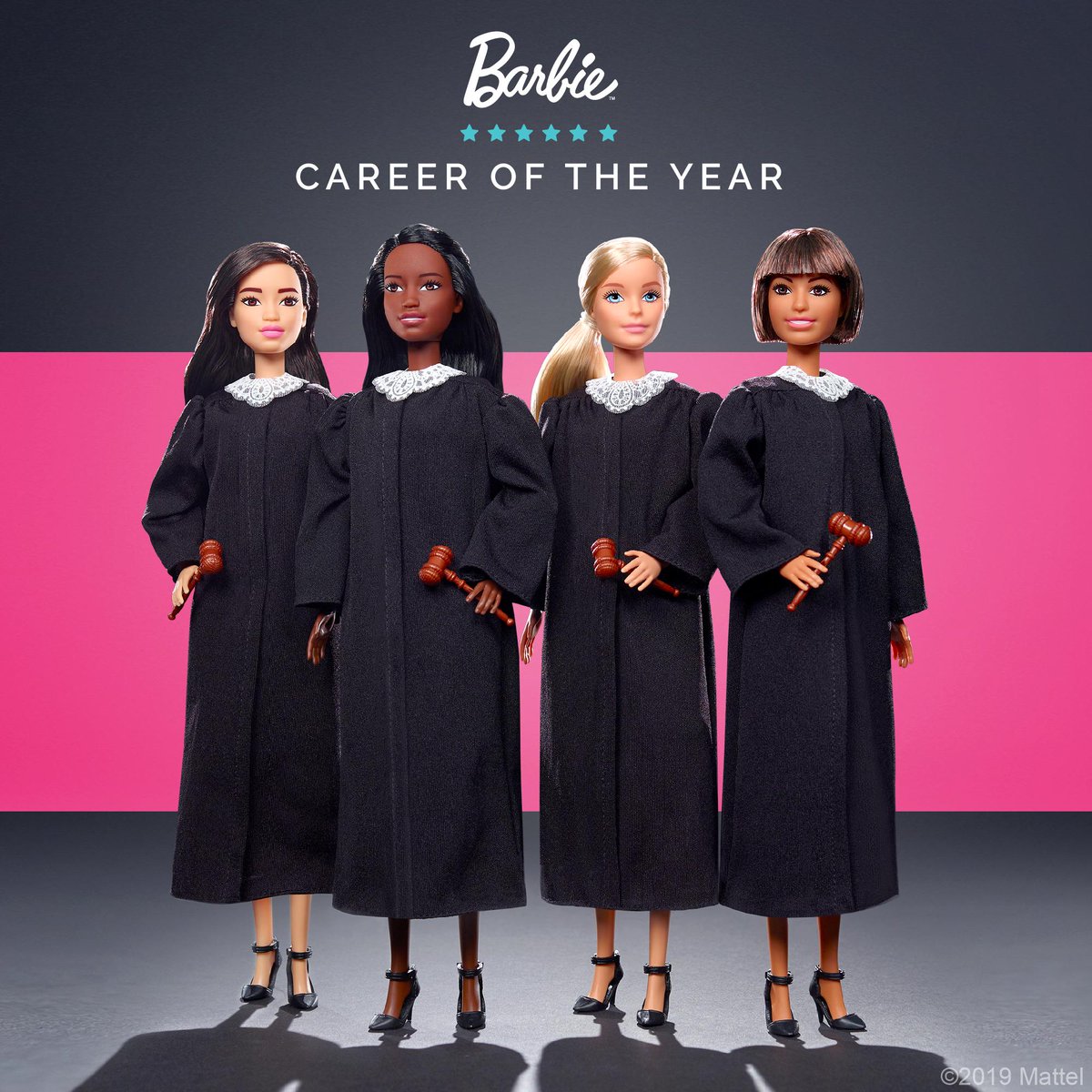 I wonder whether Mattel timed this rollout to coincide with the beginning of the Supreme Court term, which started this week: Judge Barbie is on the bench! With three women currently serving on the highest court in the United States, it’s only logical that Barbie likewise dons a judge’s robes and begins applying her knowledge of the law to cases before her court:

“With over 200 careers since 1959, this year Barbie takes the stand as a Judge!” the company wrote on Twitter. “The Barbie Judge Doll encourages girls to learn more about making decisions to change the world for the better.”

The company chose a judge as its Career of the Year doll after learning that only 33% of sitting US state judges are women, Lisa McKnight, senior vice president and global brand general manager of Barbie, told USA TODAY…

Barbie also partnered with GoFundMe to raise money to help “close the dream gap.” The profits will be donated to three nonprofits that support female empowerment: She’s The First, She Should Run and Step Up. The Dream Gap refers to research showing that, as early as age five, many girls start to believe what they can accomplish is limited because of their gender.

I’ve been thinking about the collection of Barbies that I had growing up, and the only career-specific one that I can recall is Astronaut Barbie, with her shiny metallic-magenta-and-silver outfit and magenta high-heeled boots. (Realism was key, clearly.) I’d like to think that I would have loved to play with a Judge Barbie, too. I think this was a great choice by Mattel. Not only does it promote the idea that women can be judges, but it also (perhaps inadvertently) can capitalize on the love for Justice Ginsburg. It’s also fantastic that Mattel is donating money to several organizations that support female empowerment. That will also make a difference. Who knows? In 40 years, we could be hearing stories from newly appointed Supreme Court justices about how they played with Judge Barbie when they were little and how that was a catalyst for them wanting to pursue a career in law.