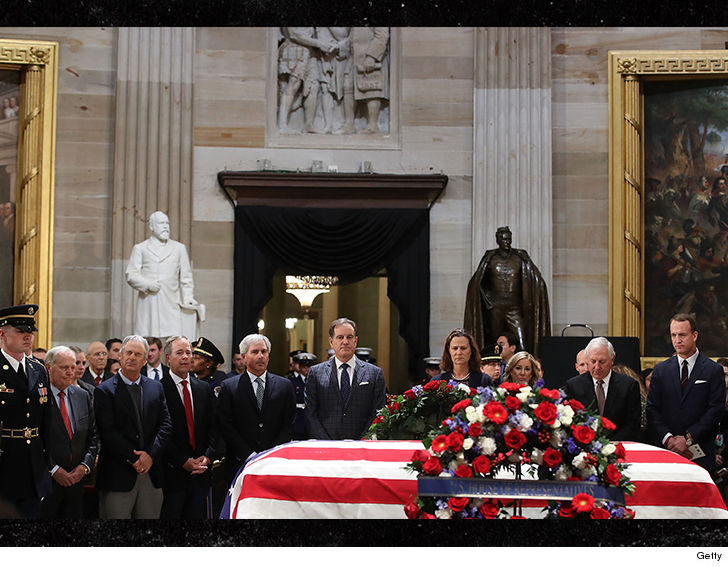 Sports legends from all over the country gathered at the Capitol Rotunda in Washington D.C. on Tuesday to pay tribute to George H.W. Bush. 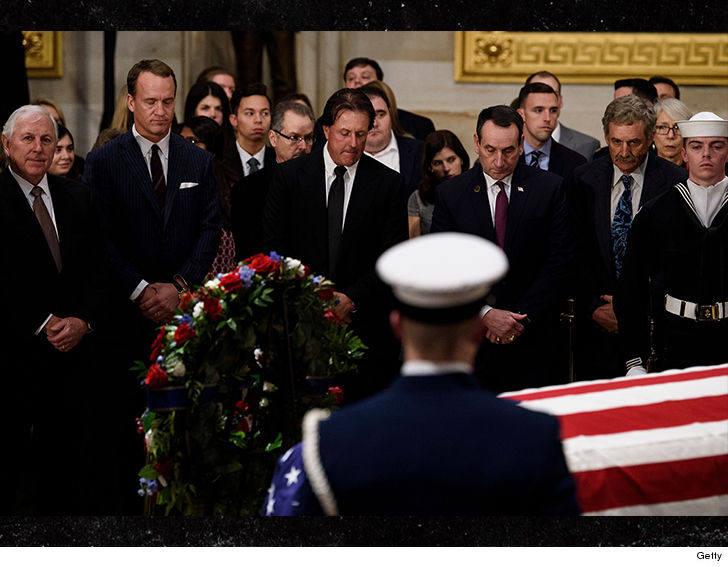 The body of the 41st President of the United States is lying in state in the Capitol Rotunda until his funeral service on Wednesday morning at the Washington National Cathedral where his son, former President George W. Bush, will deliver the eulogy.

After the service, Bush’s remains will go to Joint Base Andrews in Maryland and then to a ceremony at a church in Houston before he’s finally laid to rest at a family plot at his Presidential Library in College Station.

Bush was big into sports — he played baseball at Yale and was a huge fan of the Houston Astros. He also played a lot of golf and horseshoes, and famously enjoyed skydiving.