The singer, 46, said: “At some point I just stopped being able to retain the information about the lyrics in my songs. Even things like Angels and the big ones like Let Me Entertain You. “I need an autocue now because I can’t remember anything any more.” He was speaking on his At Home With the Williamses podcast, when he was interviewing Noddy Holder.

The Slade star, 74, who is celebrating the 47th anniversary of his band’s hit Merry Xmas Everybody, said he didn’t have any trouble remembering the words to his ­
hit songs. He told Robbie: “Oh I never got to that stage, no. I could always remember them.”

Robbie’s revelation came shortly after his former Take That bandmate Gary Barlow admitted he sometimes forgot the words to their tunes.

Meanwhile Robbie also revealed that he nearly got dropped by his record label before Angels was a global hit. 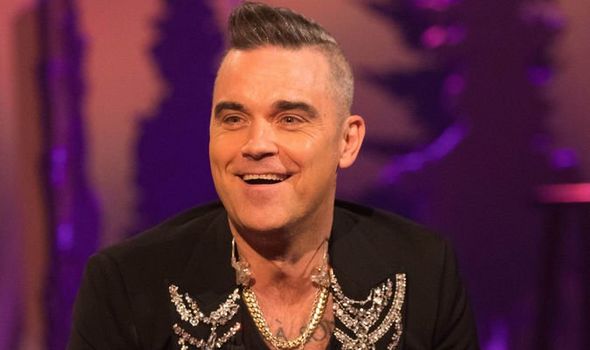 He said: “I did not know but a memo went around the record company saying, ‘We are going to drop Robbie Williams’, and they gave this song a chance and off it went.

“To be honest – and I can’t say it was cocaine as that makes you delusional because I was sober at the time – I always thought something was going to happen.”

Robbie, who no longer takes illegal drugs, recently said he was “living through chemistry” since being ­prescribed anti-depressants. He said they had made him a good husband and father to his four children.