If you’re serious about sound quality, chances are you’ve got a growing record collection that you enjoy on a nice home audio system. But, vinyl has one drawback: it’s the least portable music format available, which means you can only listen to your LPs at home.

The best compromise is to get a USB turntable, which can be plugged into your computer, and allows you to digitize your vinyl. Digital versions of your records will not sound exactly the same as the actual album, but you’ll get the good (an analog source of an album you like) along with hiss, clicks, and pops, which you can clean up later if you like.

In most cases, USB turntables need to be connected to your machine with a cable, but some can digitize vinyl directly onto a flash drive. You can carry around the digital versions of your albums on a high-resolution music player, your phone, or listen to them on your computer.

One of the biggest benefits to using a USB turntable is making backups of your albums in case one gets damaged, or borrowed by a friend. At the very least, you’ll have a high-quality digital version of your favorite records you can listen to over and over without wearing out the grooves.

What Are the Best USB Turntables?

There are many factors to consider when choosing the best USB turntable for you; below are the most important ones, which we considered while we were researching this list.

Preamp: A preamp amplifies the sound coming from your turntable, so it’s easier to hear through a stereo receiver. All of the record players we’ve selected have a built-in preamp, which means you can connect them directly into your receiver, even if it doesn’t have a phono input.

You can also plug these record players into a pair of active (powered) speakers, and have a compact, high-end audio system.

Speed Controls: Every turntable in this guide can albums at 33/3RPM (rotations per minute) and 45RPM, so you can play full length albums and singles.

Upgradable Cartridge: We only chose record players that allow you to swap out their cartridge or needle, so you can upgrade your system over time, or replace them after years of use. 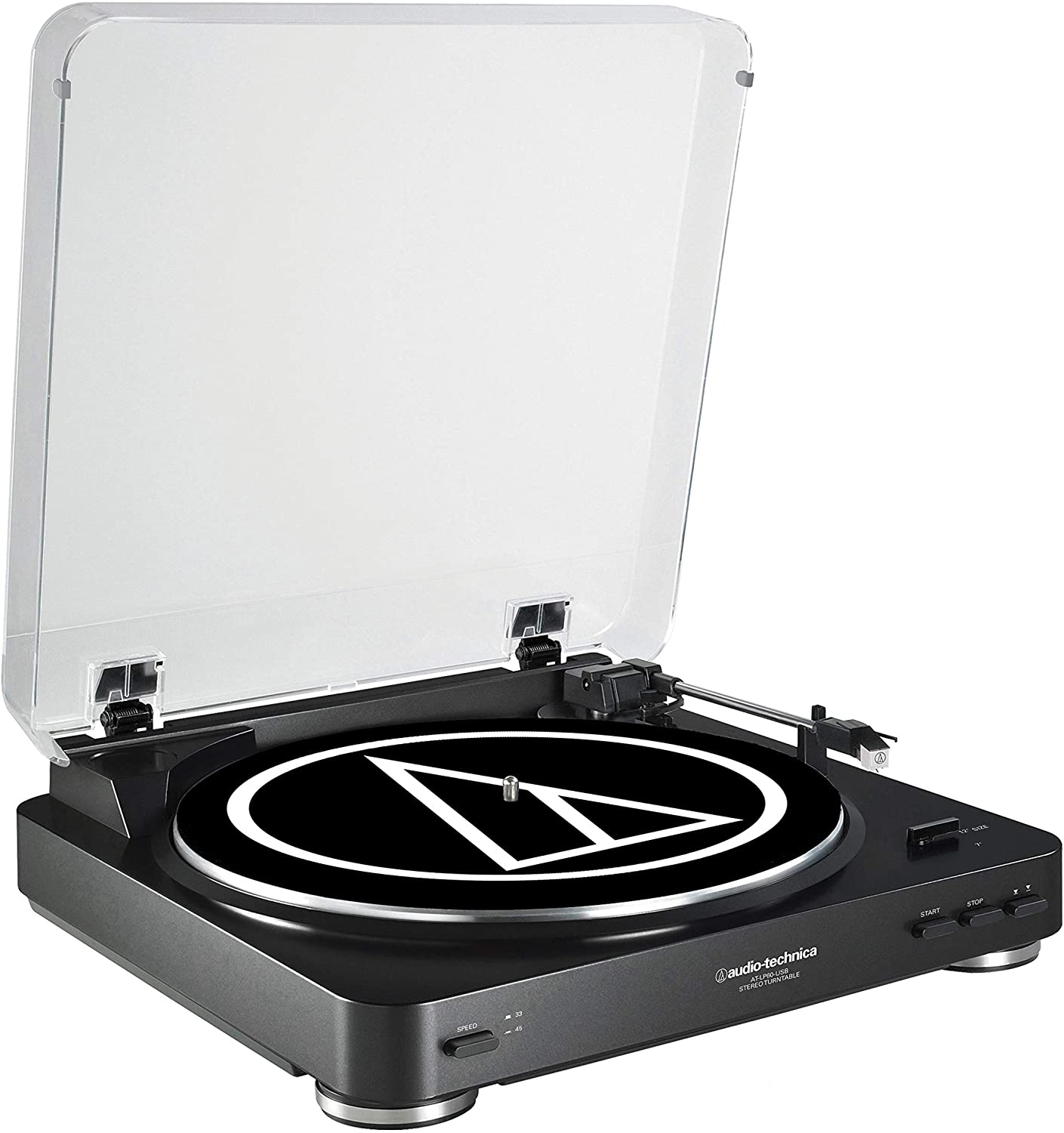 Audio-Technica’s AT-LP60 is our top pick because of its convenience features, which add up to create a turntable that’s easy to use and sounds great.

Buttons along the front-side of the turntable allow you to raise and lower the needle, start or stop the platter from spinning, and change speeds from 33/3RPM and 45RPM. A lever on the top of the turntable lets you select whether you’re playing a 12-inch record or 7-inch single, which will determine where the needle falls when you hit the “Start” button.

The AT-LP60 comes with an Audio-Technica cartridge with a replaceable needle, but it doesn’t have a replaceable cartridge. Its body is made out of a die-cast aluminum, which the company says reduces distortion caused by vibrations.

If you’re new to digitizing vinyl, Audio-Technica includes recording software with this turntable, so you don’t have to get it yourself. The AT-LP60 is an all-in-one-box solution that reduces the pain points of playing and backing up records. 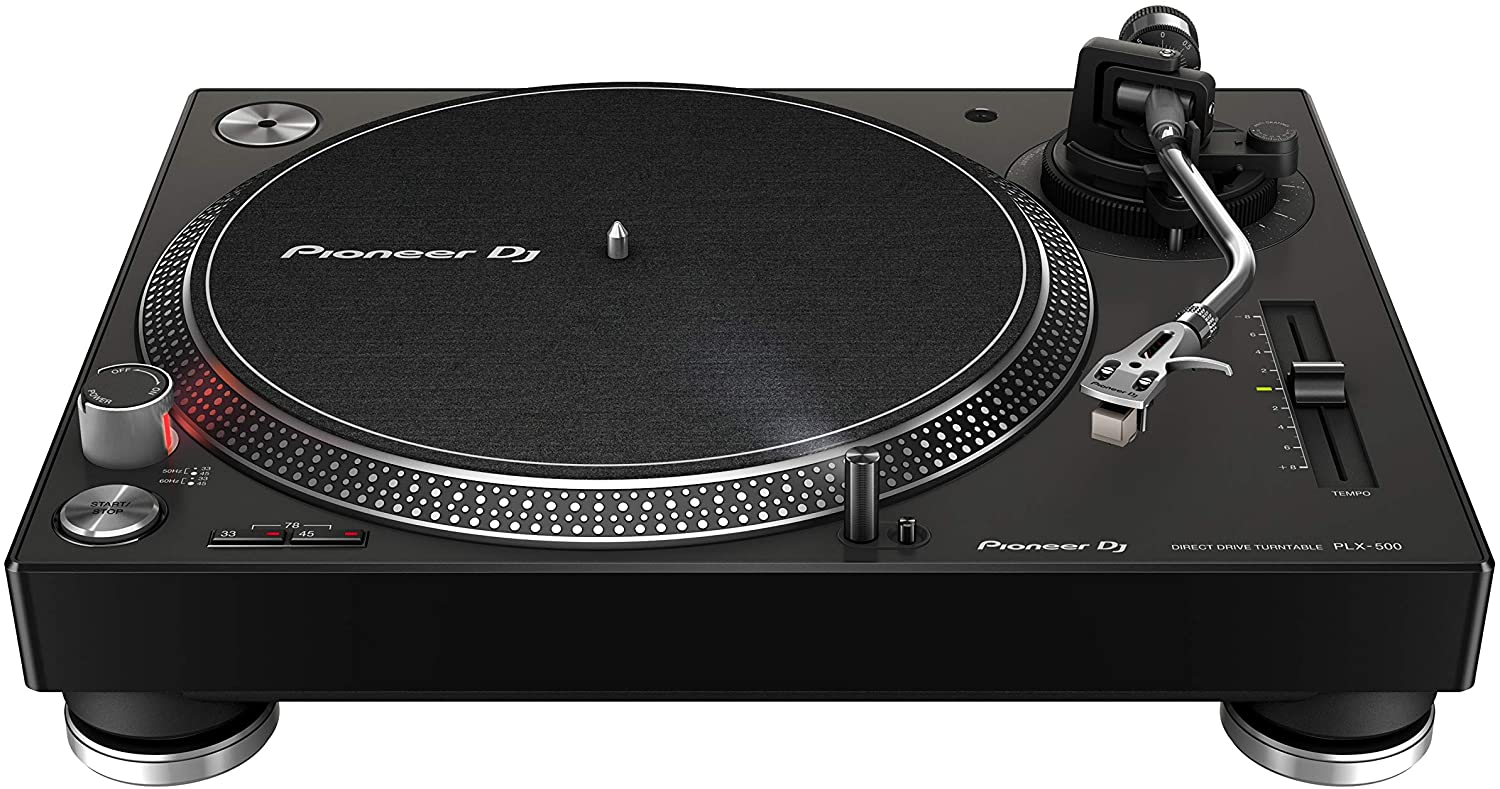 Pioneer’s PLX-500-K is a DJ turntable that also has a USB port for digitizing vinyl.

This isn’t  a fully automatic turntable, which means you have to physically lift the needle and drop it down on the track you’d like to play. You can change between 33/3RPM and 45RPM by pushing a button on the top of the table, though.

On the right-hand side you’ll see a tempo controller, which allows you to raise or lower its speed by 8%, which is traditionally done to sync up two songs during a mashup. Pioneer also says you can use this turntable to scratch (move the record forward and backward) records, although that’s not advised if you want to keep your collection in perfect shape.

Pioneer bundles this table with one of its own cartridges, which can be fully replaced and upgraded later on. It also packs in the rekordbox dvs DJ software, which allows you scratch over pre-recorded samples. This software cannot be used to digitize your records.

Finally, the PLX-500-K comes with a dust cover that have a “sleeve stand,” which allows you to display an album’s artwork while you’re playing the record. It’s not purpose-built for digitizing records, but Pioneer’s PLX-500-K has features the other turntables we’re recommending can’t match. 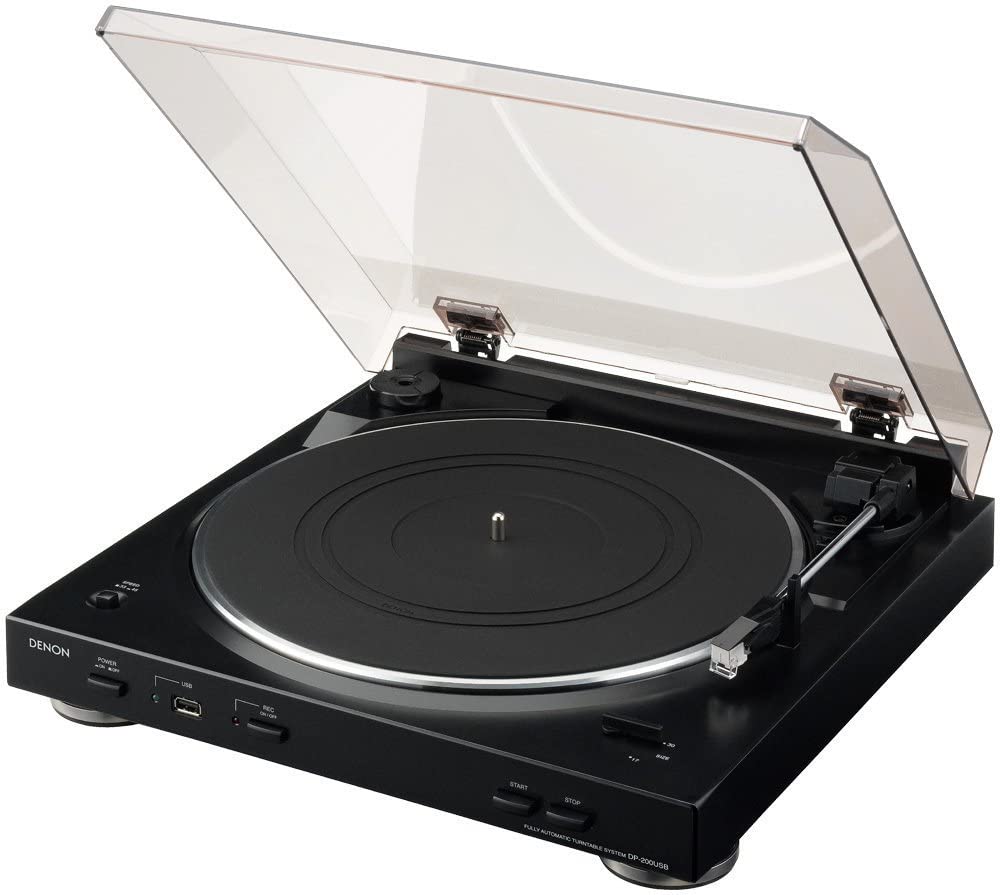 Denon’s DP-200USB stands out because it allows you to digitize your records without plugging it into a computer.

Instead, you plug a flash drive directly into the turntable and hit the “record” button next to it. Denon has basically turned its record player into a 1980s-style boombox, with a cassette recorder built in. Beyond that feature, the DP-200USB is a really nice automatic turntable.

There are buttons for switching speeds, and starting or stopping the turntable. You still have to manually raise and lower the needle if you’d like to play a certain track, though. Denon includes a cartridge and needle with the DP-200USB, but doesn’t say which one it comes with.

The company bundles this turntable with Trans Music Manager, a piece of Windows software that makes editing your digitized vinyl a little easier. The app can automatically split the audio file on your flash drive into separate tracks, so you don’t have to do that work manually.

One thing to think about is that you the DP-200USB doesn’t give you a lot of control when digitizing your albums. The other turntables in this guide allow you to use whichever audio editing software you like, along with important information like the music file type and resolution. With the Denon DP-200USB, you’re stuck with creating MP3s.

If you’re fine with that limitation, and don’t feel like bringing your computer close to your turntable to digitize your albums, this is the best choice.