Usually on a Friday morning the studio chatter during Sunrise's ad breaks revolves around upcoming stories and script checks as hairdressers and make-up artists fuss over the "talent" and spray errant hairs back into place, but not today.

Seven's frontline breakfast hosts, comprising Samantha Armytage, Natalie Barr, Mark Beretta, Larry Emdur and Kylie Gillies, were all in the Martin Place studios (David Koch was off today) when word started to spread that the network's most controversial chief executive officer, Tim Worner, was suddenly out of the big chair. 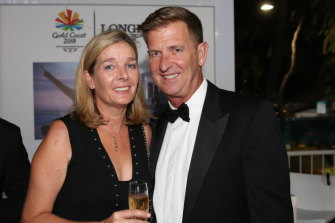 Katrina and Tim Worner on the eve of the 2018 Commonwealth Games on the Gold Coast.Credit:Karon Photography

"Have you heard … Tim's gone!" one of the hosts shrilled, genuinely shocked. The words were captured by the onset microphones and broadcast throughout the internal audio system among those on the floor and in the control room.

While the hosts resumed their poker-faced composure after the ad break, sticking to the script being fed on the autocue, elsewhere within Seven's Martin Place the shock news was spreading like wildfire, to be confirmed later by an official company statement.

Adding further to the intrigue was Worner's replacement: the return of James Warburton, who had previously worked at Seven but ended up in an ugly court stoush when he tried to resign to take up the helm of rival Ten in 2011.

Within Seven, Worner was a mostly popular boss who enjoyed a beer with his staff, a long-term television professional who climbed the ladder and understood the medium from the grassroots up, though that is not what his corporate epitaph will say. 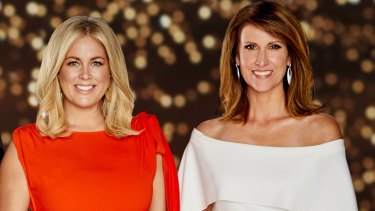 A married family man, Worner was in the news 2½ years ago when the tawdry details of a consensual affair he had with his colleague, former Seven executive assistant Amber Harrison, were splashed over front pages across the country.

It was news that shocked many outsiders, not in the least Worner's wife Katrina, who found out about the affair along with the rest of Australia.

Seven took adverse action against Harrison after her relationship with the Seven West chief executive soured by initiating an investigation into her alleged misuse of a corporate credit card. 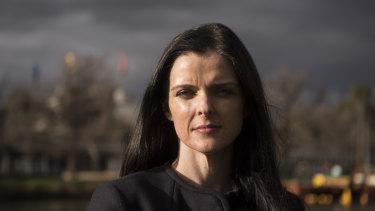 During the legal battle played out in the NSW Supreme Court, Harrison was represented by Julian Burnside, QC, who described Worner's media outfit as "one of the country’s biggest boys’ clubs", after the court had placed a gag order on Harrison that prevented her from speaking about the company or the affair.

Despite insiders saying Seven proprietor Kerry Stokes was appalled by the events, the scandal was not enough to sink Worner's career.

Two years after the dust had settled, Worner made a very public return to the Stokes' inner sanctum, making his first public appearance with his wife since the scandal by joining Kerry and Ryan Stokes at a black tie dinner on the Gold Coast on the eve of the 2018 Commonwealth Games.

Worner and his wife gingerly posed for photographs, though he was acutely aware his appearance would again reflect on his affair with Harrison, though by then he had miraculously survived the worst of the fallout.

However it is financial pressures rather than moral ones that appear to have ended his days at Seven, leading to his resignation on the eve of the release of Seven West's latest financial results.

Stokes' television business finds itself in a difficult spot. While Seven still dominates prime time audiences, its strongest demographics are getting older and attempts to appeal to younger audiences, which are of higher value to advertisers, have not been as successful as those of rival networks.

"It wasn't the affair which got him, it was the bottom line," a Seven insider surmised on Friday.