The late Los Angeles Laker wrote the book with Ivy Claire, who discussed her experience writing the tale in the Instagram video Vanessa shared. The River Sand follows two young track-and-field athletes, Pretia and Rovi, who are eager to become victorious in the upcoming Junior Epic Games.

As the second and final Epoca book, it celebrates Kobe vision for the series, which was meant to contain at least four novels, with a touching afterword that details the journey of growth he intended for the powerful characters, per the press release. 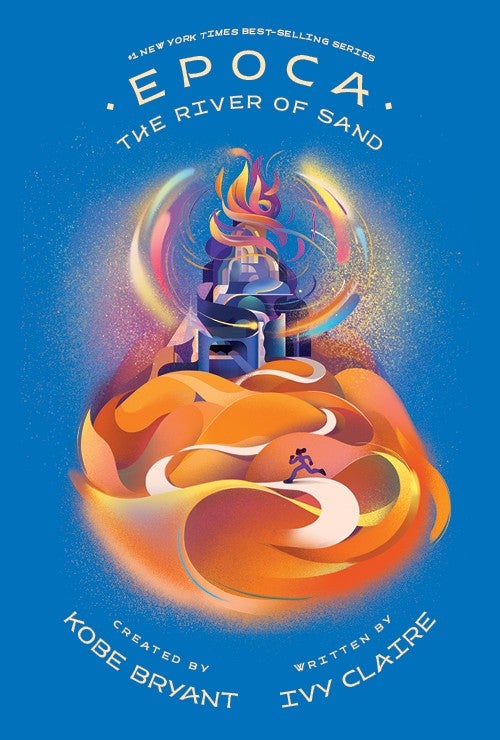 Vanessa played a critical role in the completion of the book and worked closely with Ivy to ensure that it lives up to Kobe’s legacy. Granity Studios will release Epoca: The River of Sand on Dec. 15, 2020.

In May, Vanessa shared a sweet momento from the first book of the series, Epoca the Tree of Ecrof: Island of the Gods. Among the book’s first pages was a dedication to her from Kobe.

“For Vanessa. Thank you for always being the Realist to my Dreamer,” it read.

Created by Kobe and written by psychologist Eva Clark, the book follows the story of Gus, a young boy who dreams of making it to the Olympics as a swimmer. His goal is similar to that of his late brother, Danny, who died by suicide after failing to make the nationals team himself. Despite a myriad of trials and tribulations, Gus begins to learn the healing power of sports.

“We’re so proud to continue Kobe’s mission to teach the power of emotion to the next generation of athletes. Kobe’s first YA (young adult) title, #GeeseAreNeverSwans is officially out today,” Vanessa shared on Instagram at the time. “The novel focuses on the importance of mental health amongst young athletes and how sports can help overcome some of life’s greatest setbacks.”

Kobe and his 13-year-old daughter, Gianna, died Jan. 26 in a helicopter crash in Calabasas, California. Since that tragic day, Vanessa has honored her late husband and daughter on multiple occasions, including her wedding anniversary, holidays and birthdays.

For more on the Bryant family, see below.