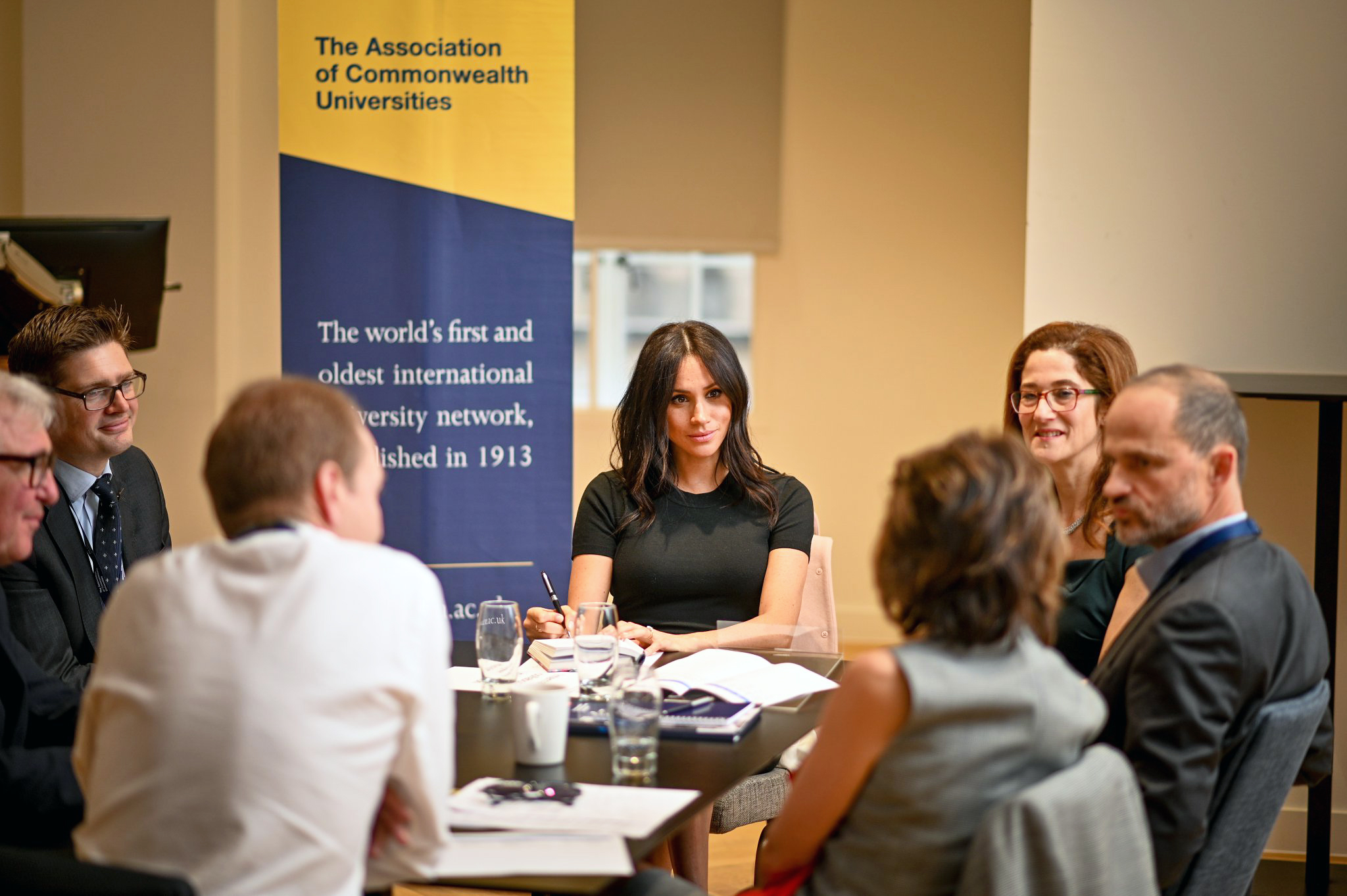 We’ve heard of the so-called “Kate effect” or “Meghan effect” as it relates to clothes selling out as soon as either lady steps out in them, but it appears the sisters-in-law are having an impact on each other’s style too. On the same day Kate Middleton traveled to a Royal Air Force base in Cyprus in a chic wide-leg pantsuit that was very reminiscent of Meghan Markle’s engagement style, the Duchess of Sussex made a surprise appearance at Kings College in London on Wednesday, December 5, rocking a bouncy blowout à la the Duchess of Cambridge.

After delivering a powerful speech about the importance of education during her royal tour of Australia in October, the former Suits actress attended an event hosted by the Association of Commonwealth Universities to discuss how higher education and research can help end human trafficking, slavery, gender equality and more.

After arriving in a $328 camel-colored wool and cashmere blend Wilfred for Aritzia Cocoon Coat, the pregnant Duchess rocked a short-sleeve black ensemble as she met with university leaders, academics and students. But it was her glossy tresses that really caught our attention.

Trading her go-to messy bun and tousled waves for sleek center-parted look, Markle’s bouncy strands fell just below her shoulders and her face-framing layers had a nice amount of volume. The timeless blowout is reminiscent of Middleton’s signature ‘do (though she’s been upping her game with an array of hair accessories lately that we’ve meticulously chronicled).

If Markle is really looking to take a page from her sister-in-law’s playbook, she’ll treat Us to a brand new hairstyle (remember when Middleton got bangs after the birth of Princess Charlotte in 2015?) after she welcomes her little one next spring. We’ll be watching!

The evolution of Piers Morgan: How argumentative host became voice for change
CELEBRITIES

Erin Andrews is all about the gift of chilling out this holiday season
We and our partners use cookies on this site to improve our service, perform analytics, personalize advertising, measure advertising performance, and remember website preferences.Ok