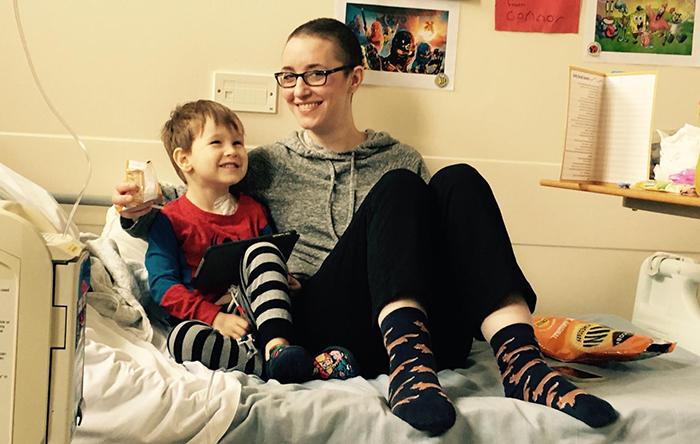 Now both in remission from their illnesses, Vici, 39 from Bromsgrove, Worcestershire, has shared her remarkable story…

When the doctors sat me down and said to me, ‘You have cancer’, I was shell-shocked. I didn’t actually cry or get emotional. I just went into shock – pure shock.

I’d had bowel problems for years. I’d bleed when I went to the loo but I didn’t think much of it. I had a 14-month-old, Jack, and a three-year-old, George, so I thought I was just run down and exhausted.

Jack had been a big baby – 9lb 4oz – so when I started to bleed I wondered if it was piles – a result of my pregnancies.

I thought it was anything but cancer. 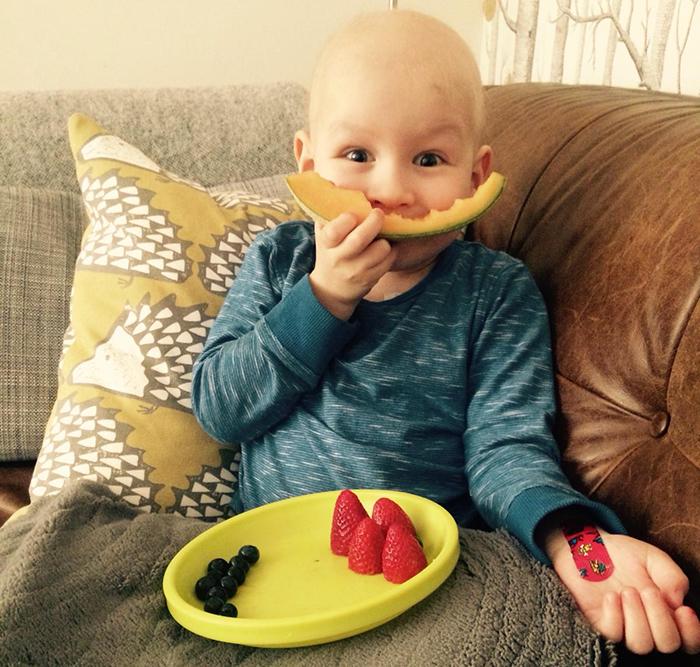 Even when I was losing weight, which I now know is a symptom of cancer, I wasn’t concerned – on the contrary I was pleased!

I was doing Slimming World, so I was delighted to be losing a pound or two a week. I thought it must be because of that and the fact that I was so busy with the children and working part-time.

But eventually, I couldn’t avoid the symptoms anymore. 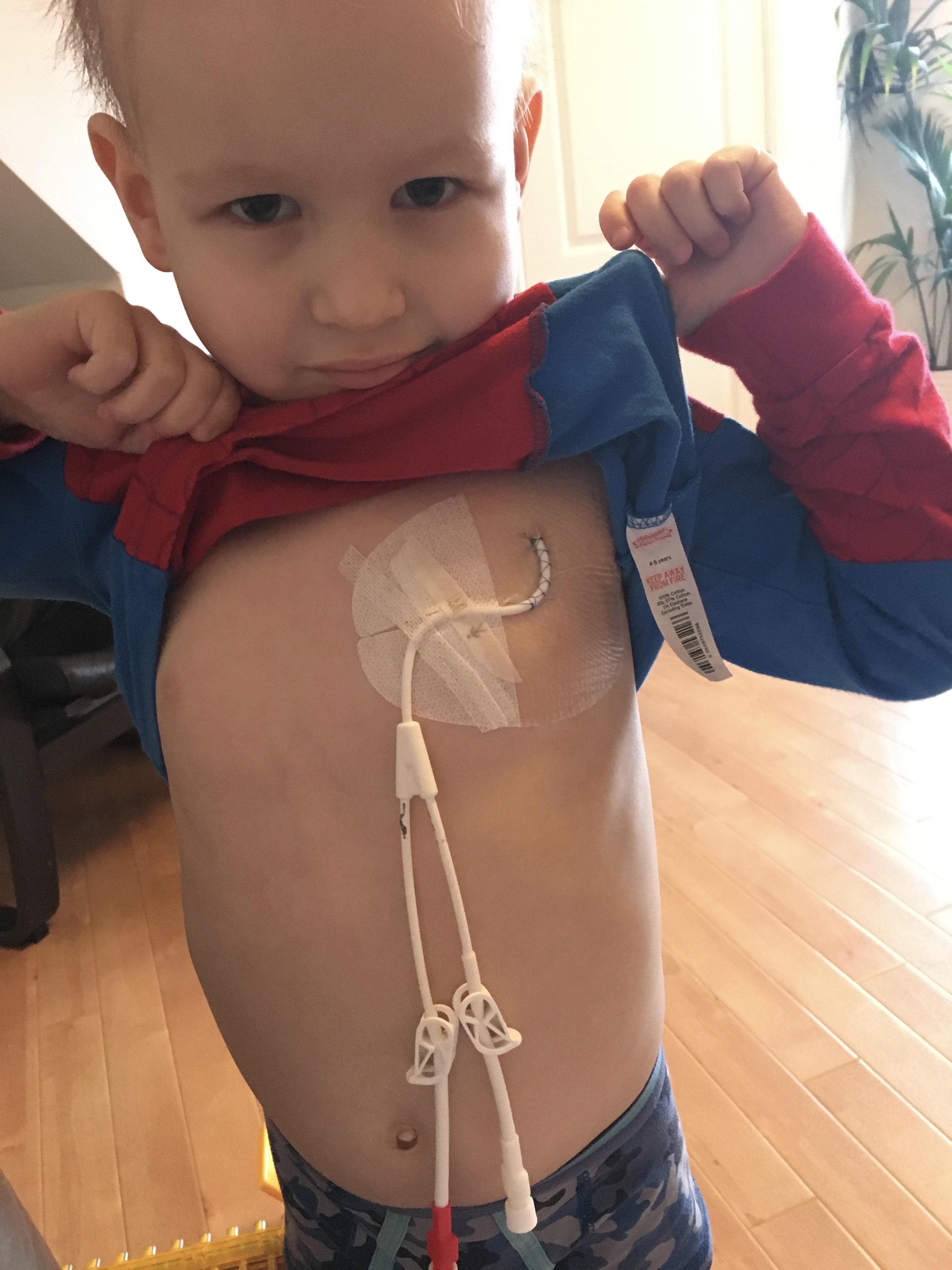 So I visited my GP who, suspecting I had polyps which are abnormal tissue growths referred me to hospital in Worcestershire.

There I had scans and an examination.

Doctors were concerned and took a biopsy which indicated I had rectal cancer, which is incredibly rare in people under the age of 60. They wanted to carry out further tests and results showed the cancer cells had spread to my liver.

It was gruelling. During the chemotherapy I was exhausted. My hair thinned so much I opted to shave it.

The radiotherapy was unpleasant to say the least.

Never once did we say the word ‘cancer’ to the kids. We just said, ‘Mummy is away’ or ‘Mummy is tired.’

We wanted to keep it from them, they were so little. But you can’t keep everything from children and we realised that in early 2017 when George started complaining of feeling ill. 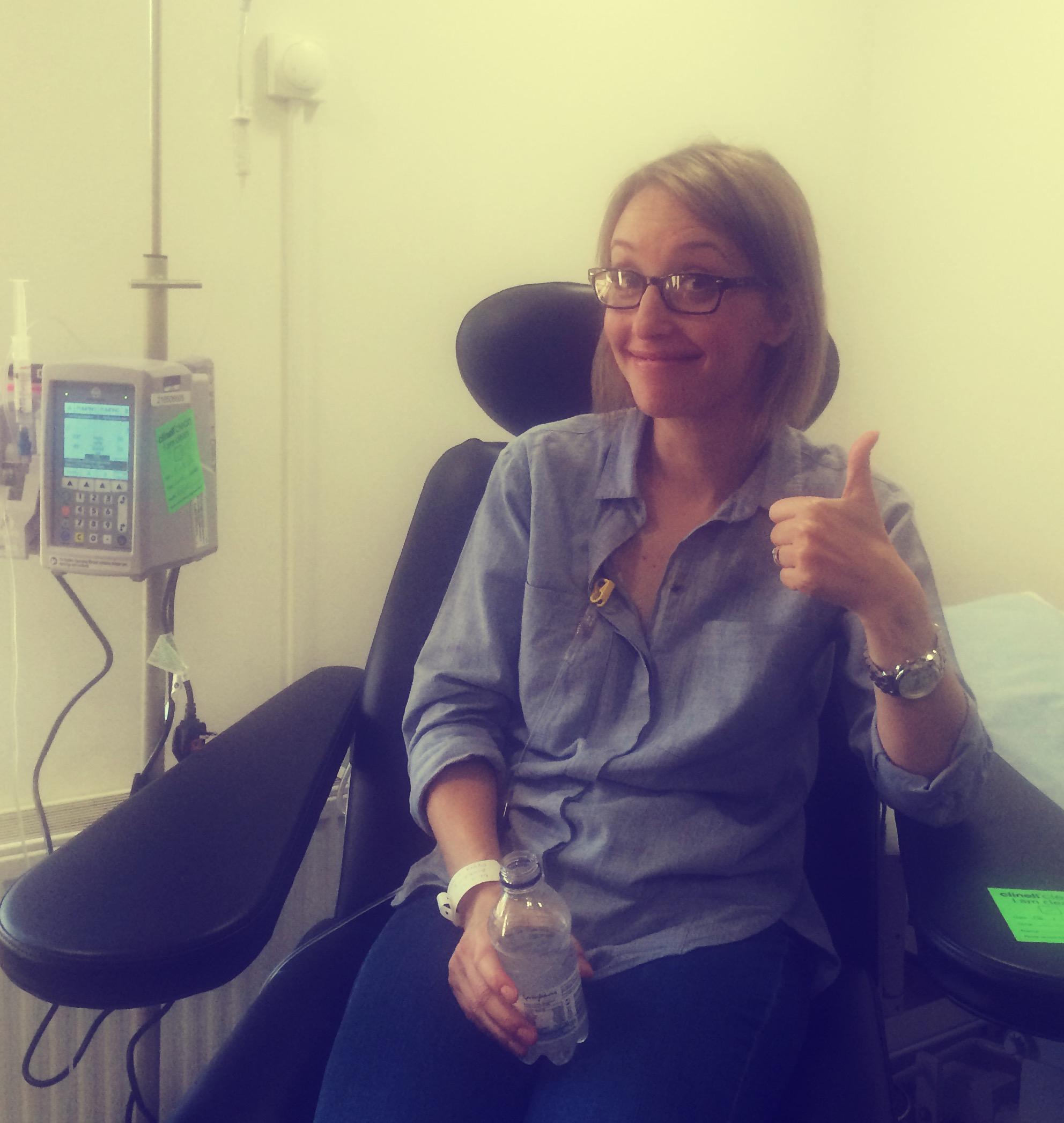 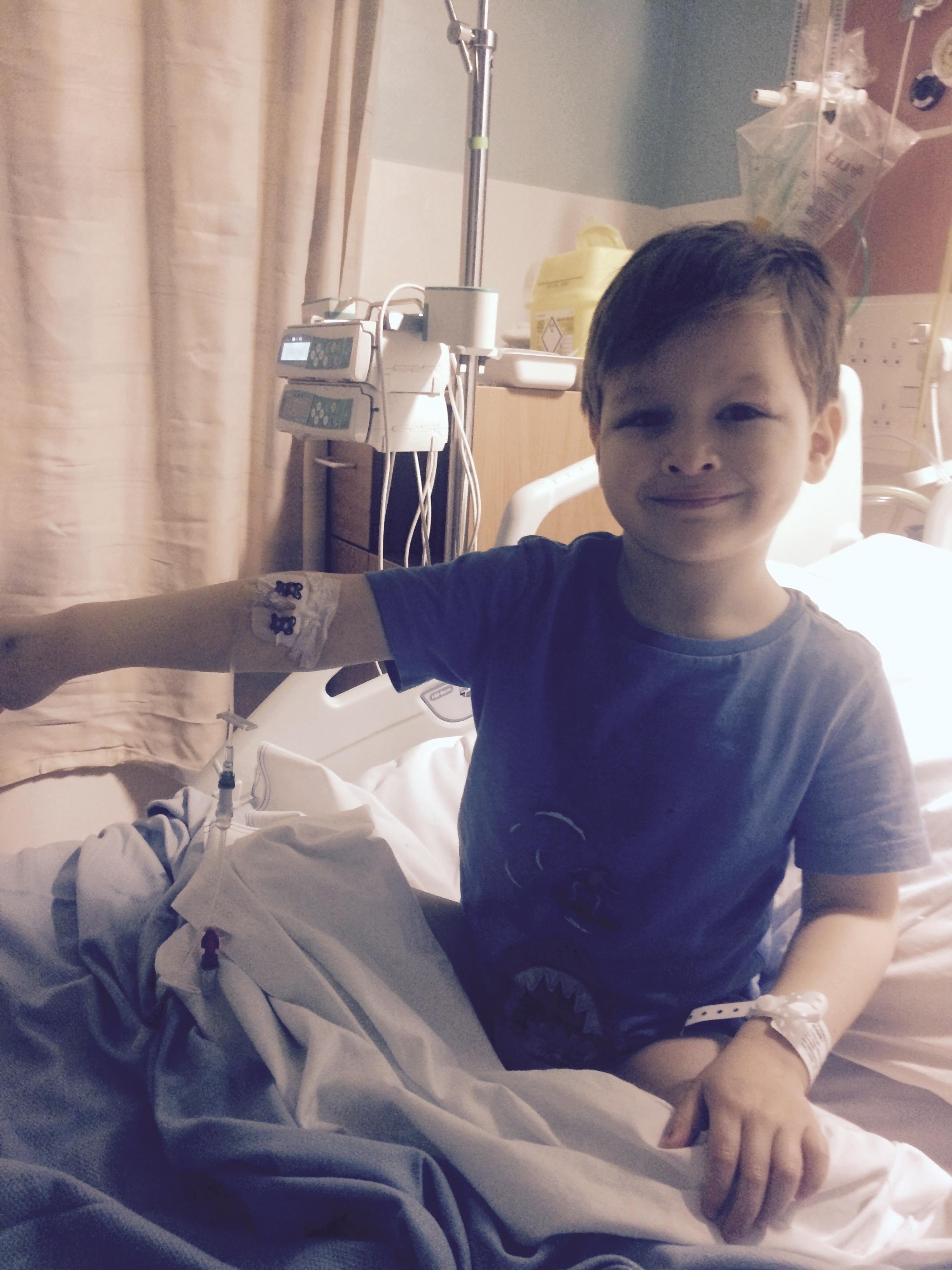 I was in the Queen Elizabeth Hospital, Birmingham, recovering from major liver surgery when Jamie said he was worried about him.

He was really pale and having more naps than usual. I wasn’t overly worried at that point as, even through cancer was now a presence in our lives, I didn’t expect it to rear its head in our son’s.

Shortly afterwards we noticed a rash on his stomach. We took him to the GP again who immediately referred him to hospital for blood tests. From there things moved very quickly.

We got a call hours later that he was needed straight away at the Worcester Royal Hospital. They said they thought it was probably leukaemia but he needed further bone marrow samples to confirm it. Hearing the news was unbelievable.

It was like Groundhog Day. Five months earlier I had been sat in a virtually identical room hearing the same devastating news – 'It's cancer.'

It was like Groundhog Day. Five months earlier I had been sat in a virtually identical room hearing the same devastating news – 'It's cancer.'

All I could think was, ‘Not again, not again'.

The bone marrow tests were conclusive – he had acute lymphoblastic leukaemia –  a type of cancer that affects the white blood cells. It progresses rapidly and aggressively and requires urgent treatment so they started him on chemotherapy immediately.

We told him he had poorly blood and needed medicine to get better. Within hours he was transferred to Birmingham Children’s Hospital.

George had six months of quite intensive chemotherapy at hospital and home, while I underwent radiotherapy. We were actually treated in the same hospital in Worcester at points. 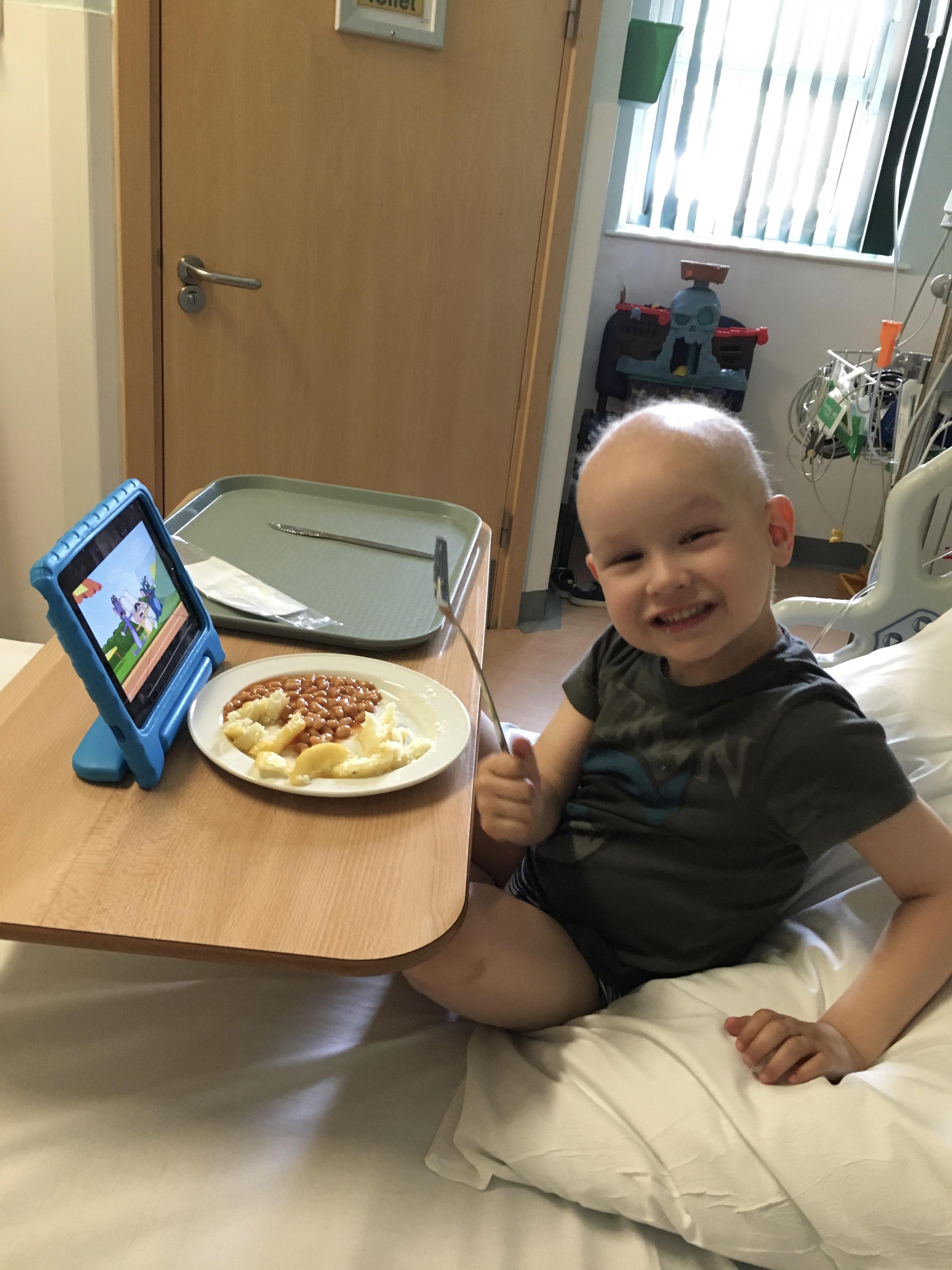 Bizarrely it worked out quite well. I could dart from radiotherapy to see him.

In July I went for more bowel surgery while George went into a gentler form of chemotherapy.

In August we were back in hospital together, two wards apart, both with a high temperature. Jamie stayed with George, our parents stayed with Jack and I was on my own.

Knowing what he was going through helped. If he felt too sick to eat I accepted it. If he just wanted sweets I let him have them.

He dealt with it all so bravely but it was still heartbreaking to see him go through it.

Now I’ve finished treatment, and I have no evidence of disease. George is in remission but will carry on being treated until March 2020. 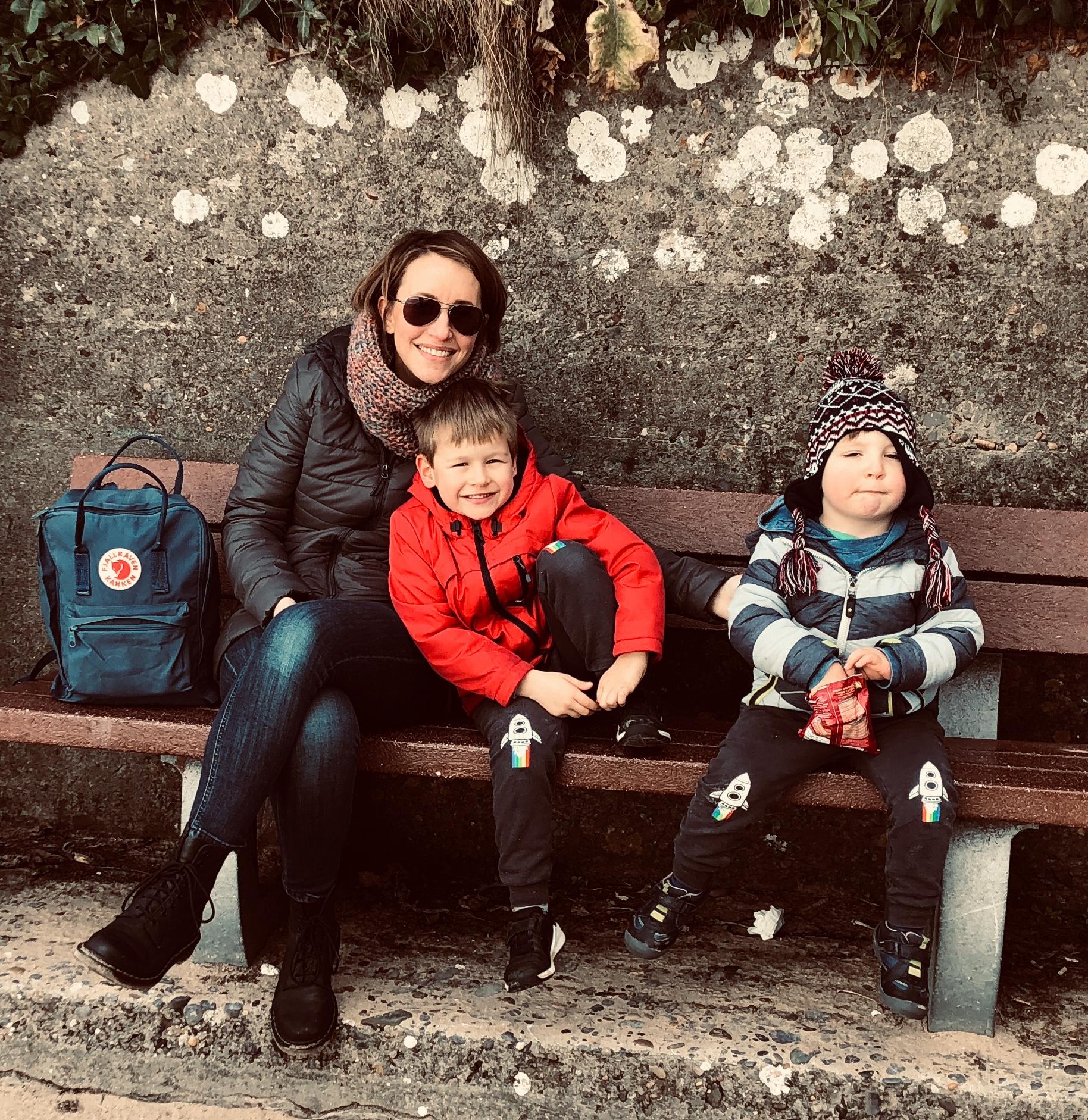 He has daily chemotherapy tablets, a lumber puncture every three months and regular blood tests to make sure the leukaemia hasn’t returned.

It’s amazing that we’ve both got through this. Jamie has been a real unsung hero, he is wonderful.

I thought it was the worst news ever when I had cancer. But actually the worst was yet to come and hearing my baby had the disease was so much worse.

George has been through so much that we want him to go to Lapland as a special treat. We're incredibly grateful to the charity Make-A-Wish, which has offered to help with the £4,000 cost.

If you wish to make a donation to George's Lapland fund, you can do so here.

We previously told how a 21-year-old student died of a rare aggressive form of cancer eight weeks after it was mistaken for cystitis.

And a mum-to-be revealed she had to make the heartbreaking choice of whether to terminate her pregnancy or risk dying from cervical cancer.