It was 3am – and as I sat in my bed crying hysterically and cuddling my baby, I wondered why I felt so sad and alone when this was supposed to be the happiest time of my life. 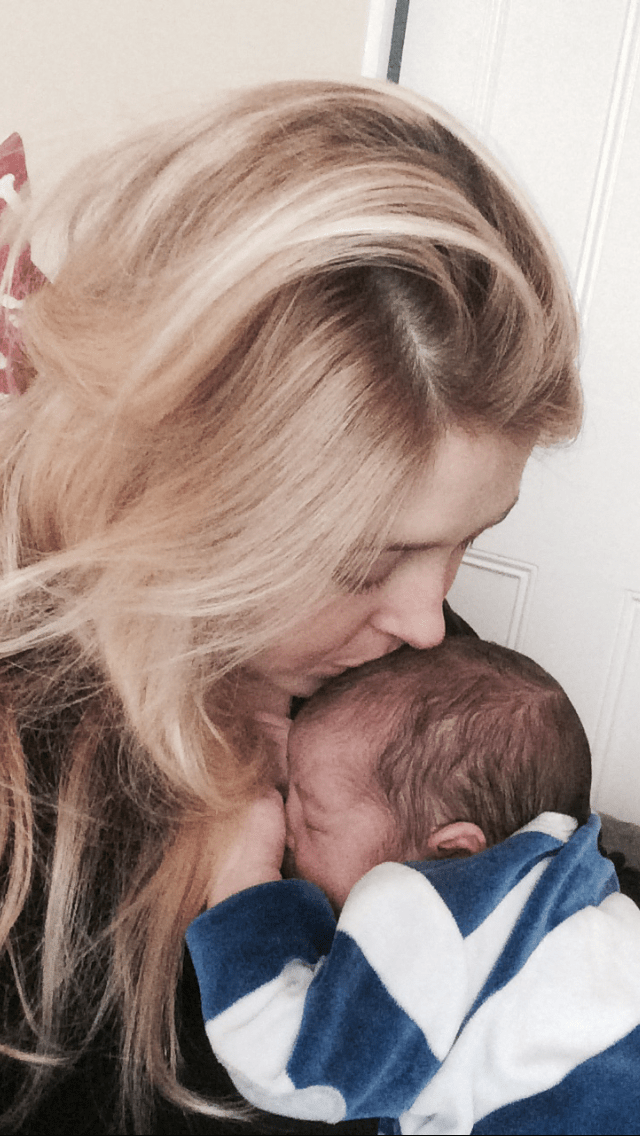 Little did I know then that it was a feeling I was going to have to get used to, because like thousands of new mums, I struggled with loneliness for months after I had my first child.

The Co-op and the British Red Cross recently launched a partnership to tackle loneliness and discovered that 82 per cent of mums revealed they felt lonely some of the time.

Experts say that new mums are one of the least likely groups to be recognised for loneliness by the general public because they are assumed to be in a 'baby bubble'.

But in reality, most of us feel cut-off from the real world, lose touch with our mates and even develop depression.

Shockingly, suicide is the leading cause of death in new mums in the first year after their baby is born and, according to a report on maternal mortality by the University of Oxford, one in ten maternal deaths are by suicide.

Luckily I didn't reach that point, but I know how isolating motherhood can feel, even when you're surrounded by loved ones.

And this alone, can have grave consequences.

'Celeb mums made it look easy – but it wasn't'

For me, it was the glossy image given by baby adverts, books and celebrity mums that gave me a false sense of security before I had my baby. 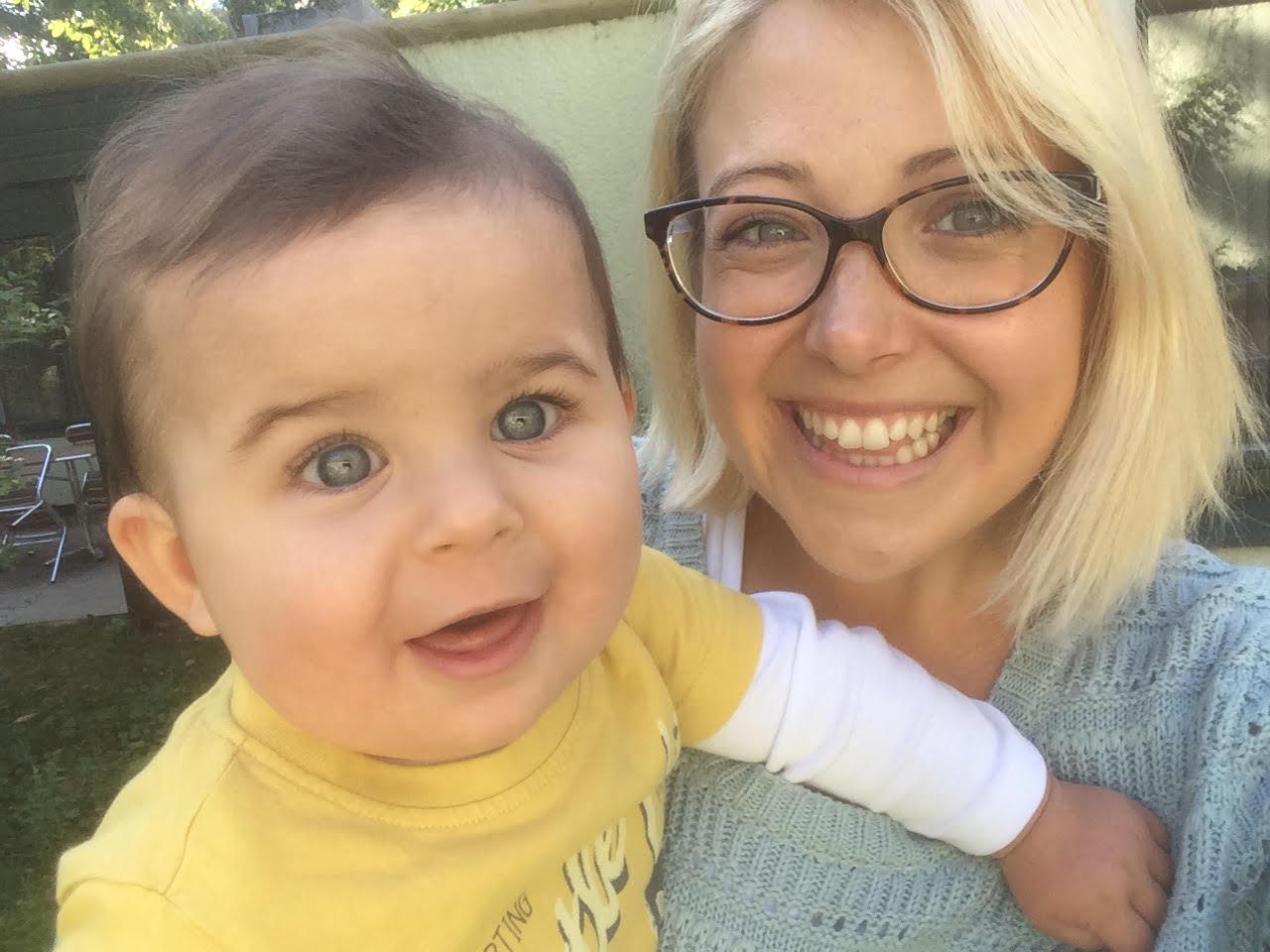 I read every new mum book I could get my hands on and attended pregnancy classes, but after my son arrived, I have never felt so unprepared and cut off from the real world.

My pregnancy was perfect. Aside from feeling like I was ever-so-slightly hungover and eating lots of pizza, I was one of those pregnant women who others hate. I relished it, and I loved my bump.

But after giving birth, my world as I knew it fell apart.

I felt a love I'd never felt before for my son, but nobody ever tells you how alone you can feel when you're surrounded by people. 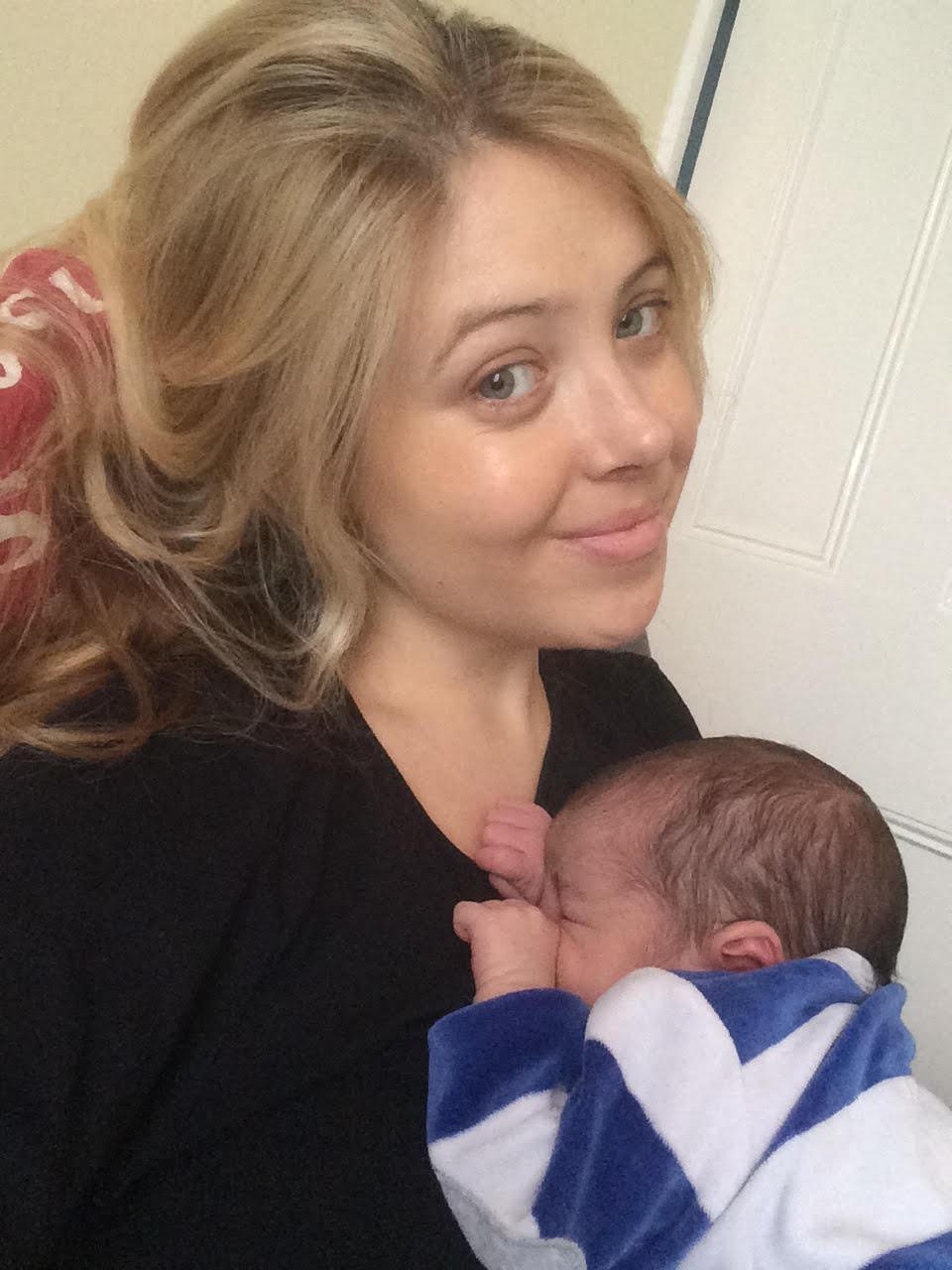 In the small hours when you're trying to feed and hurting everywhere, it feels like the whole world is sleeping.

I cried my eyes out every night for the first eight weeks – but usually around 3am when nobody could see.

I didn't tell my healthcare visitor because I was afraid it would sound like I wasn't coping.

I had bandages for pressure sores replaced at the doctors daily and couldn't walk around the block without a dose of paracetamol.

Even when friends visited, I would drink so much coffee to the point I was so jittery that I didn't make sense. 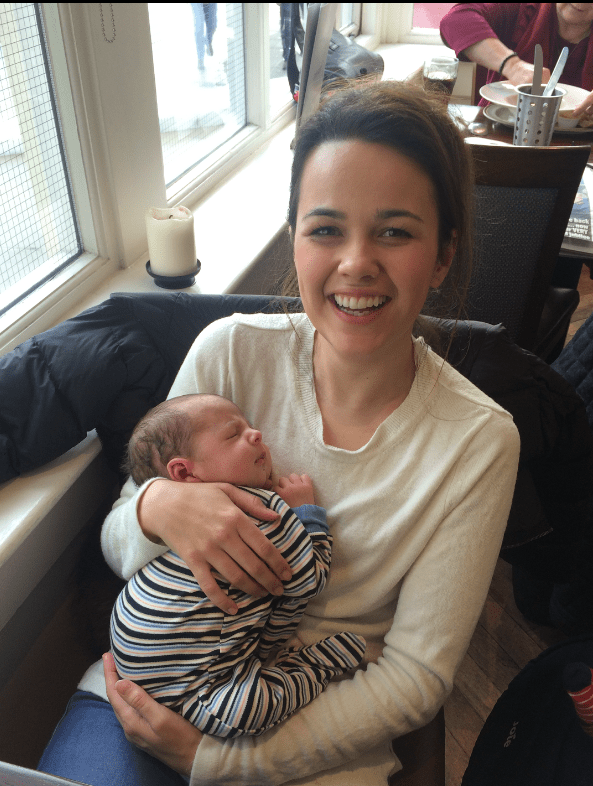 Sometimes nothing feels more isolating than not being able to relate to your friends anymore or tell them the truth about how you're really feeling.

Katie Massie-Taylor, the founder of mum app MUSH, says : "The stark fact is that if you aren't a mum, it's almost impossible to begin to understand the exhaustion and the emotions.

"So many mums are inundated with fleeting visits from people and feel the need to put a face on for that half an hour – and this idea of keeping up appearances can feel very isolating.

"I hear from so many mums how they wish they could tell their friends the truth, but they worry they'll alarm them and that they'll break down in front of them. There's a real stigma about admitting we aren't coping, and that needs to stop."

Krista Ocheing, 32, who is mum to two daughters – Felgona, two, and three-month-old Joelle, became so isolated after becoming a mum for the first time that she experienced suicidal thoughts. 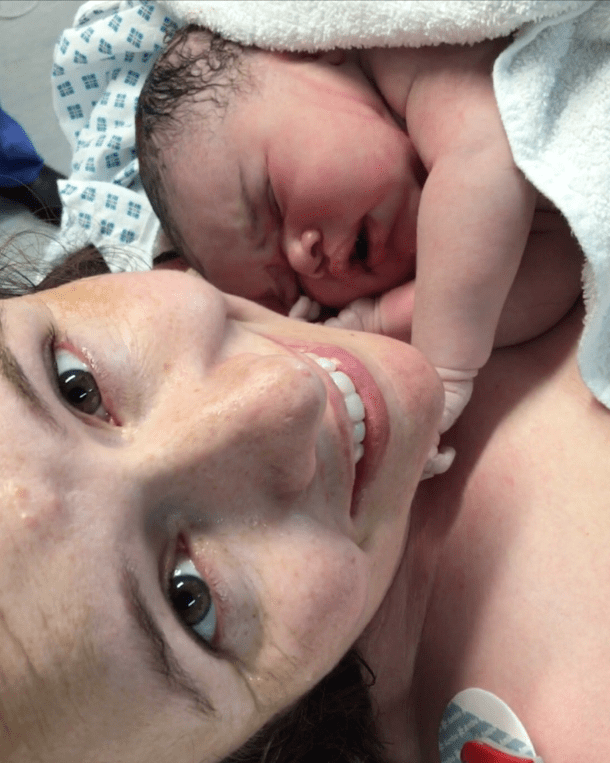 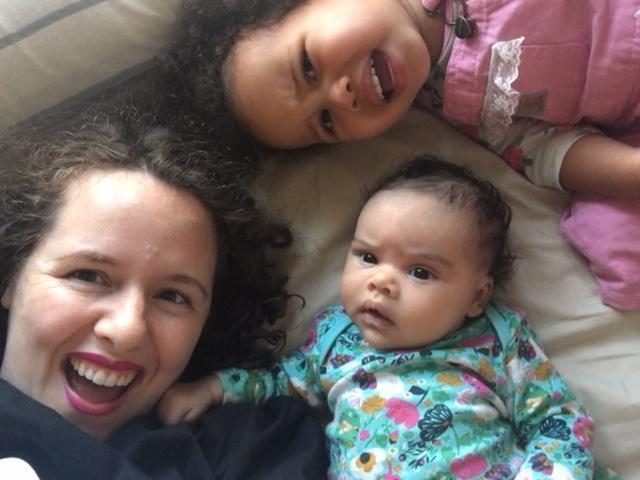 But like any other first-time mum, Krista, who worked as a social worker and had a busy social life, believed the feelings she felt in the first few months of motherhood were completely normal.

Krista says her lonely thoughts led to an obsession with death and depression.

"My family were in Alaska and my husband had to go back to work after a short paternity leave, so I found myself crying every day in the shower," she tells The Sun Online.

"My life had become so different and I felt so isolated. My husband would encourage me to go for a walk and I would just sit in the park and cry. 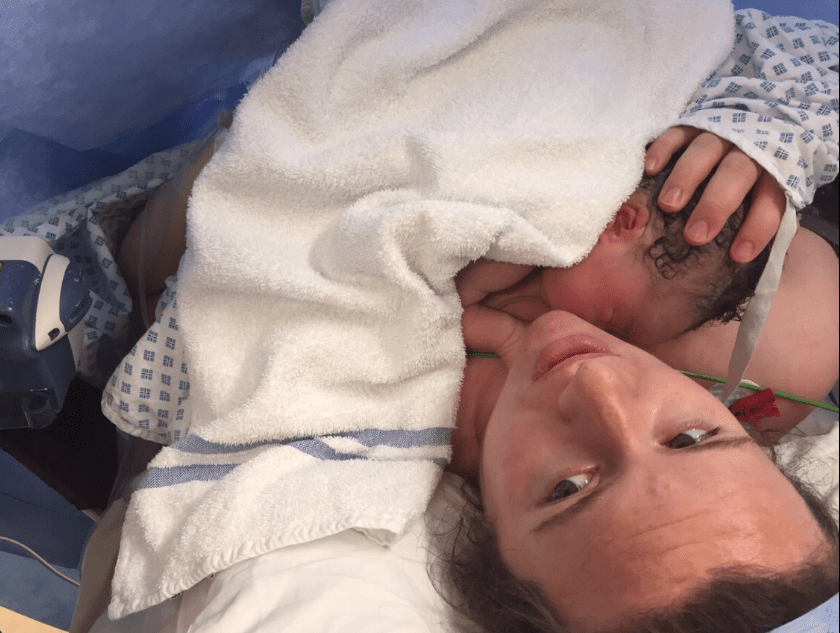 "I distanced myself from my friends because most of them didn't have children but they would always try to advise me and it just made me feel so angry."

Feeling like she had no friends or family to talk to in her time of need, Krista reveals how her isolation led to a fixation with death and an irrational fear that her loved ones would die suddenly.

Krista says she would have panic attacks and feared her daughter would fall victim to cot death.

"Because I was alone in the day, I couldn't switch off from my own thoughts. I became obsessed with death and what would happen to me and my daughter if my husband died in a terrorist attack on his way to work, or if he was hit by a car," Krista says.

"I had no mum friends and couldn't bring myself to tell my 'normal' friends, so it became worse. I couldn't sleep and I would wake up at night in sheer panic that my baby might die. " 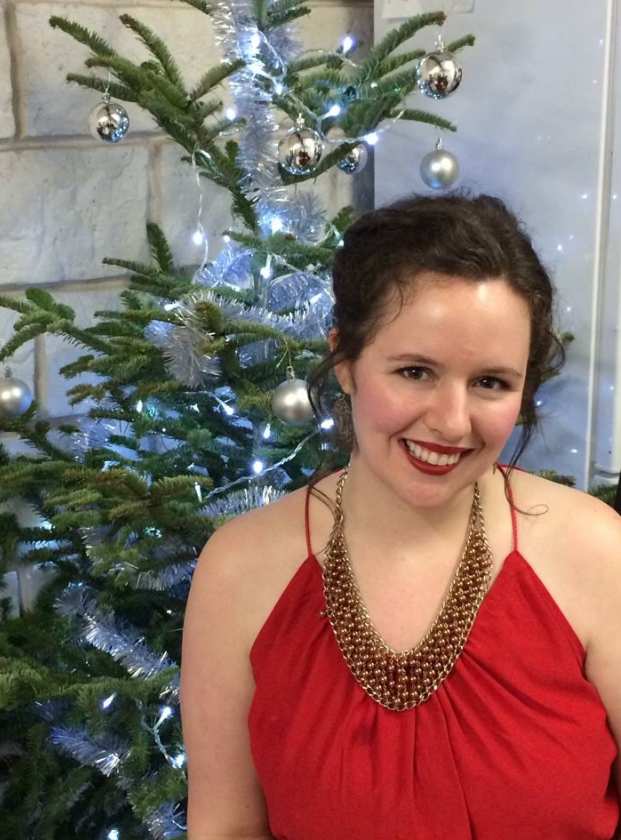 One morning when her daughter was a few months old, Krista reveals how she became so panicked, that she started being sick: "I was so afraid for my own life. I was scared I would hurt myself or the baby, I was out of control."

The new mum then broke down to her doctor and was prescribed anti-depressants, which she says restored some normality, but adds that making friends helped more than anything else.

Motherhood expert Katie says: "So many mums feel even more isolated because they fear they can't speak out because they wrongly assume their baby will be taken away from them.

"Just recently, a mum text me and told me she felt suicidal and she didn't know what to do. You absolutely must see a professional."

'I felt so cut off e' and my friends ditched me'

Swapping from a fast-paced job in insurance to life as a full-time mum to her daughter, Aria, now two, was a huge transition for Holly Pratt, 32. 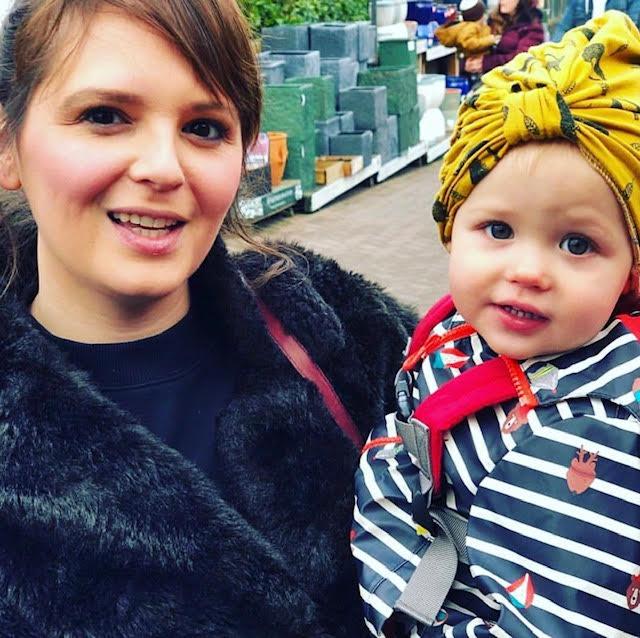 "I was always used to having people around so the transition was huge. I used to be the party girl so I also lost friends along the way," she says.

"We drifted apart when I couldn't go out anymore. It was a shock and it upset me. It felt like everyone else had a life and I was just pottering around, not knowing when I'd next sleep."

Holly say she would sit at home alone for days on end.

"One really low point was when I was trying to get out of the house two weeks after giving birth. It was pouring it down with rain and I had to breastfeed her standing up at bus station," she says. 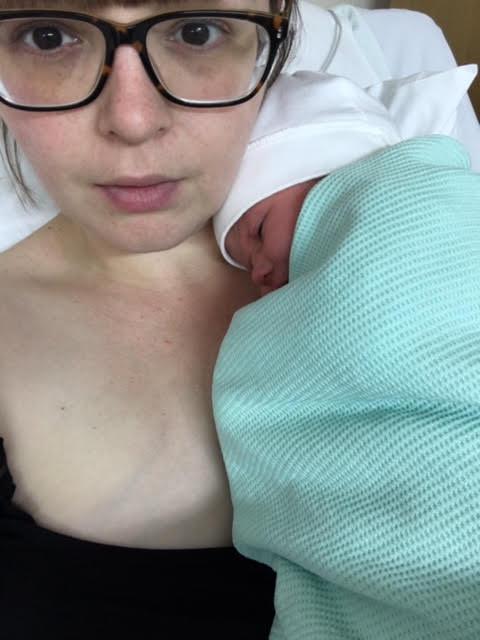 "I just burst into tears and had a moment where I thought: "Have I done the right thing? Was becoming a mother a mistake?"

Holly also warns of the dangers of keeping up appearances.

"There were times where I sat with a group of mums and just lied about everything, and told them everything was fine. "It felt so isolating. I remember they went for Christmas drinks and  couldn't go because Aria wouldn't take a bottle," Holly reveals.

"I would sit on social media through the night while feeding, scrolling through these perfect lives of mums on day trips. The nights were so isolating I dreaded it getting dark."

Katie says: "Losing your identity can be a huge factor in feeling lonely. Often I hear of mums who have led busy lives, had a huge social life and travelled. Even when your baby is planned, the stark difference between something small like a daily commute, to being within your own four walls day after day can be stark.

"You become obsessed by every detail of your new life, like feeding and sleeping, that you can feel so cut off from your friends. The friends you go to the pub with on a Friday night are unlikely to be your friends when you become a mum – and sometimes that's very hard to accept emotionally."

If you are feeling lonely or suicidal, please contact Samaritans, www.samaritans.org.