Kate, Duchess of Cambridge, 38, donned a striking pink floral face mask as she stepped out for an engagement at Baby Basics’s in Sheffield on Tuesday afternoon. The Duchess’s latest appearance prompted a flurry of online sales in the mask, which was made by London children’s brand Amaia.

However, what some fans may not have realised is the way in which Kate’s micro-floral print cotton mask was a clear nod to Camilla, Duchess of Cornwall, 73.

The ‘Pepper’ print material used on Kate’s mask is from iconic London department store Liberty – as was the peacock feather printed silk used to make the mask Camilla wore when she visited the National Portrait Gallery last month.

Camilla’s bespoke mask was made by designer Fiona Clare but clearly seems to have made an impression on Kate.

Kate followed in Camilla’s footsteps with bold choice of mask. 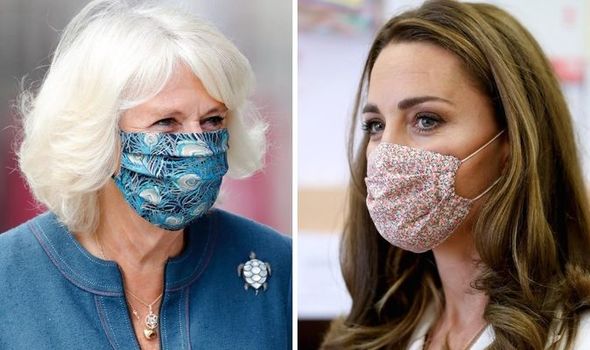 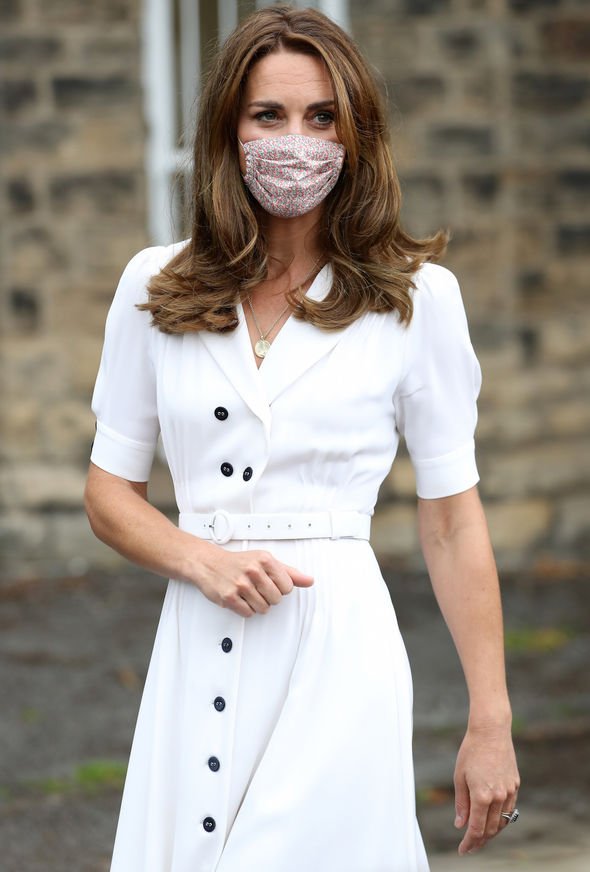 Where to buy Kate’s Amaia mask?

However, the couture designer is now making bespoke masks to order for £48. 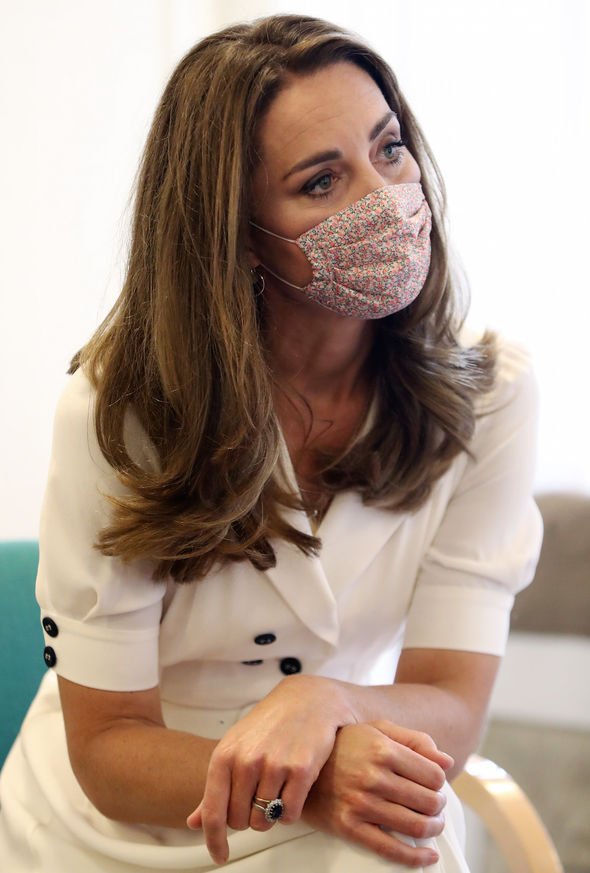 Camilla’s choice of mask sent a powerful royal message as peacocks and peacock feathers are dripping in symbolism.

Peacocks are powerful symbols of royalty across the globe and are especially revered in India and the Middle East.

In Persia and Babylonia, the peacock is seen as a guardian to royalty and is often engraved upon royal thrones.

The peacock has also been used as a symbol of royalty and power in India too where one of the most important examples was the so-called Peacock Throne.

The throne was built in the early 17th century for Şah Jahan.

The name was taken from two peacocks covered in gold and jewels that were part of the throne.

While peacocks originate in India it is believed they were introduced to Britain by the Romans and are still kept at some palaces and stately homes in the UK. 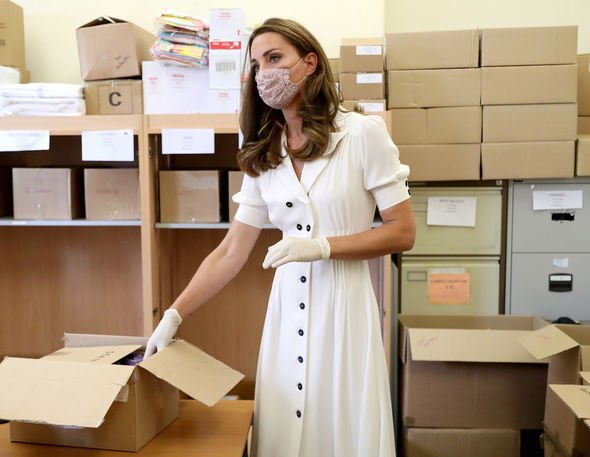 The bird has many sacred connotations and its name derives from the Old English.

In art, a peacock feather in painting was used as a symbol of pride and vanity.

She wore a white silk shirtdress from Suzannah —last seen during her 2019 trip to Wimbledon— and Tabitha Simmons Dela heels.

During yesterday’s engagement, Kate helped unpack donations with volunteers and spoke to parents who had been struggling during the coronavirus pandemic.