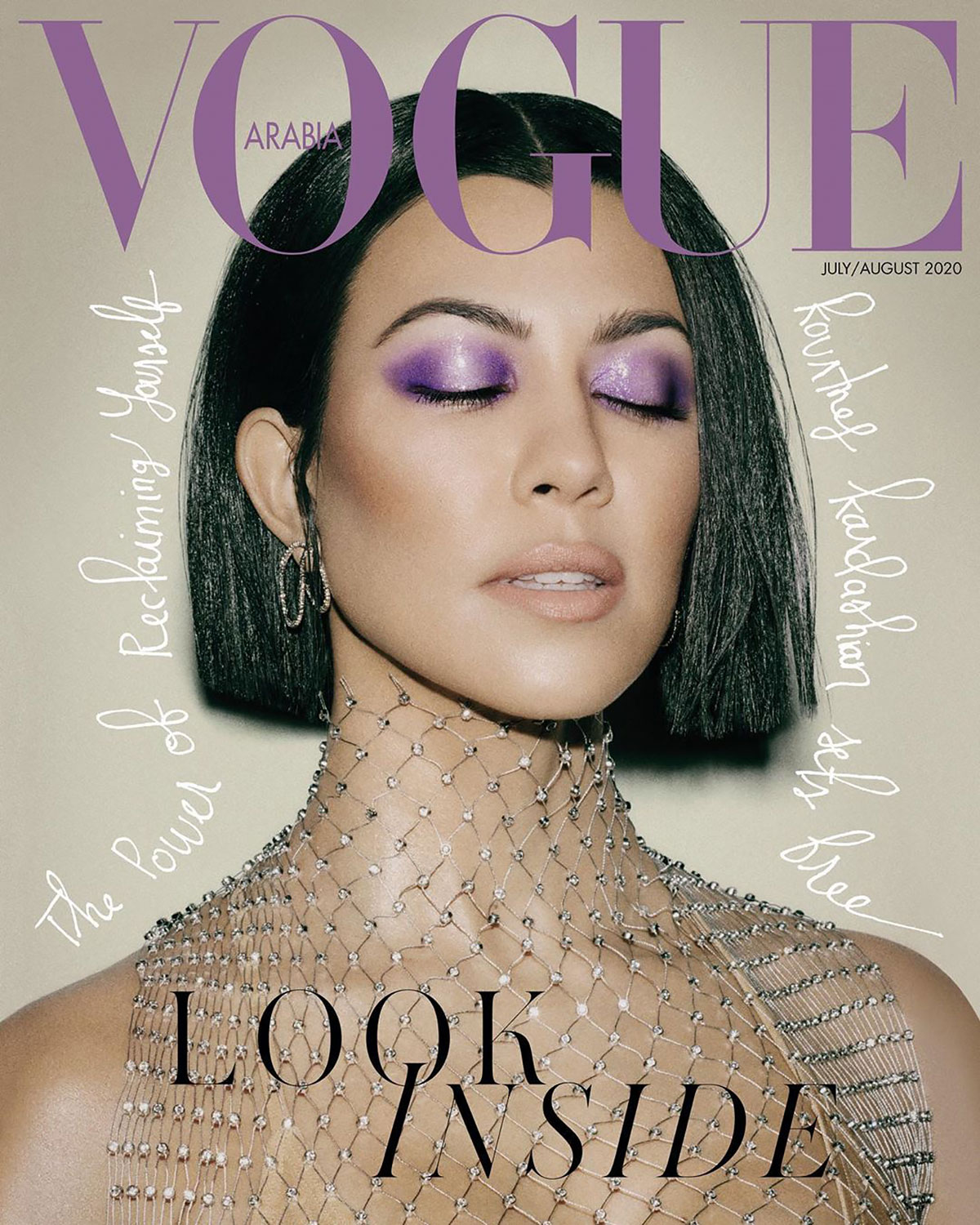 New look, who’s that?! Kourtney Kardashian stunned on the July/August 2020 cover Vogue Arabia sporting a short, chin-length bob — and we cannot get enough.

The Keeping Up With the Kardashians star covered the magazine wearing a crystal-embellished silver mesh Ashton Michael dress featuring a high-neck. Her slick, blunt hairstyle draws focus to her sparkly neon purple eyeshadow.

While makeup artist Wendi Miyake did the flawless face beat, the striking bob was created by celebrity hairstylist Andrew Fitzsimons, who also served as creative director for the shoot. Unfortunately, since the Poosh founder’s hair has remained a shoulder-length lob for basically all of 2020, it’s safe to assume that it’s a wig. But hey — it still totally works!

A Round Up of the Best Kardashian-Jenner Bikini Pictures: From Kris’ Throwback to Kourtney’s Tiny String 2-Piece

“It is an honor @voguearabia to be on your July/August cover,” Kardashian wrote in an Instagram caption celebrating the news “This issue is dedicated to the power of following your instincts and what makes you happy, which is why I wrote the cover lines myself, the power of reclaiming yourself.”

In the accompanying interview, the mother of three discussed her decision to step away from KUWTK. “I have been filming the show nonstop for 14 years,” she told the publication. “I was feeling unfulfilled and it became a toxic environment for me to continue to have it occupy as much of my life as it was.”

She says filming less doesn’t mean she’s not working. Instead, she’s spending her time focusing on things that make her happy. “People have this misconception that I don’t want to work, which isn’t true,” she explained. “I am following my happiness and putting my energy into that which makes me happy.”

Listen on Spotify to Get Tressed With Us to get the details of every hair love affair in Hollywood, from the hits and misses on the red carpet to your favorite celebrities’ street style ‘dos (and don’ts!)