Stuart Simpson, 45, from Great Yarmouth, Norfolk, said he’d been “carved like a turkey” by Sonia Simpson who knifed him four times. 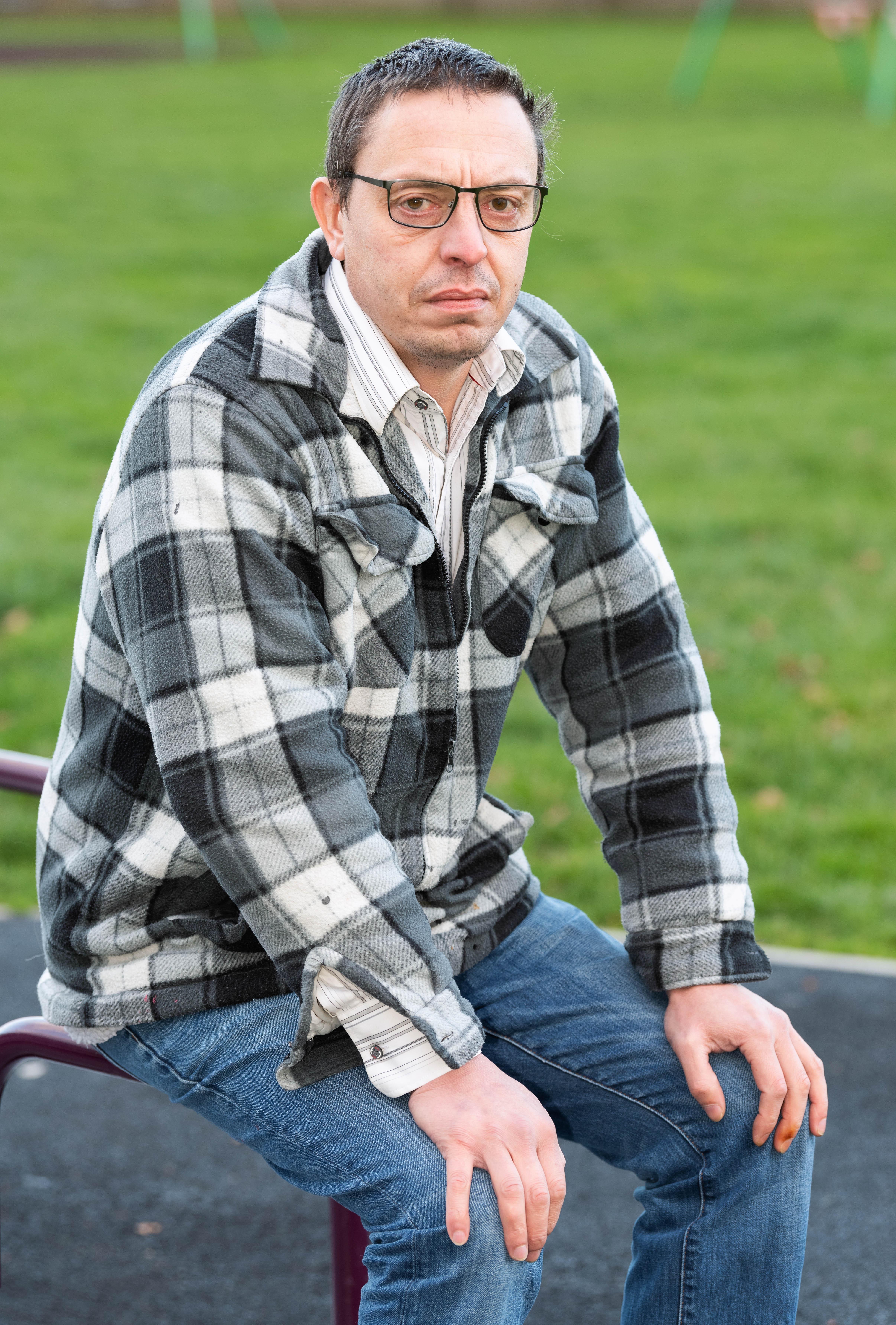 Stuart, a chef, lost all of his confidence after jobless Sonia, 52, accused him of sleeping with work colleagues and forced him to “walk around on eggshells”.

He told Fabulous Digital: “It’s sad that men feel they can’t get help. It’s such a taboo subject that it’s difficult for us to speak out about it.

“When I was with Sonia, I felt like her behaviour was my fault and I’d caused it. Now, I’ve realised that there was nothing I could have done. And I want other men to realise there’s nothing to be ashamed of.” 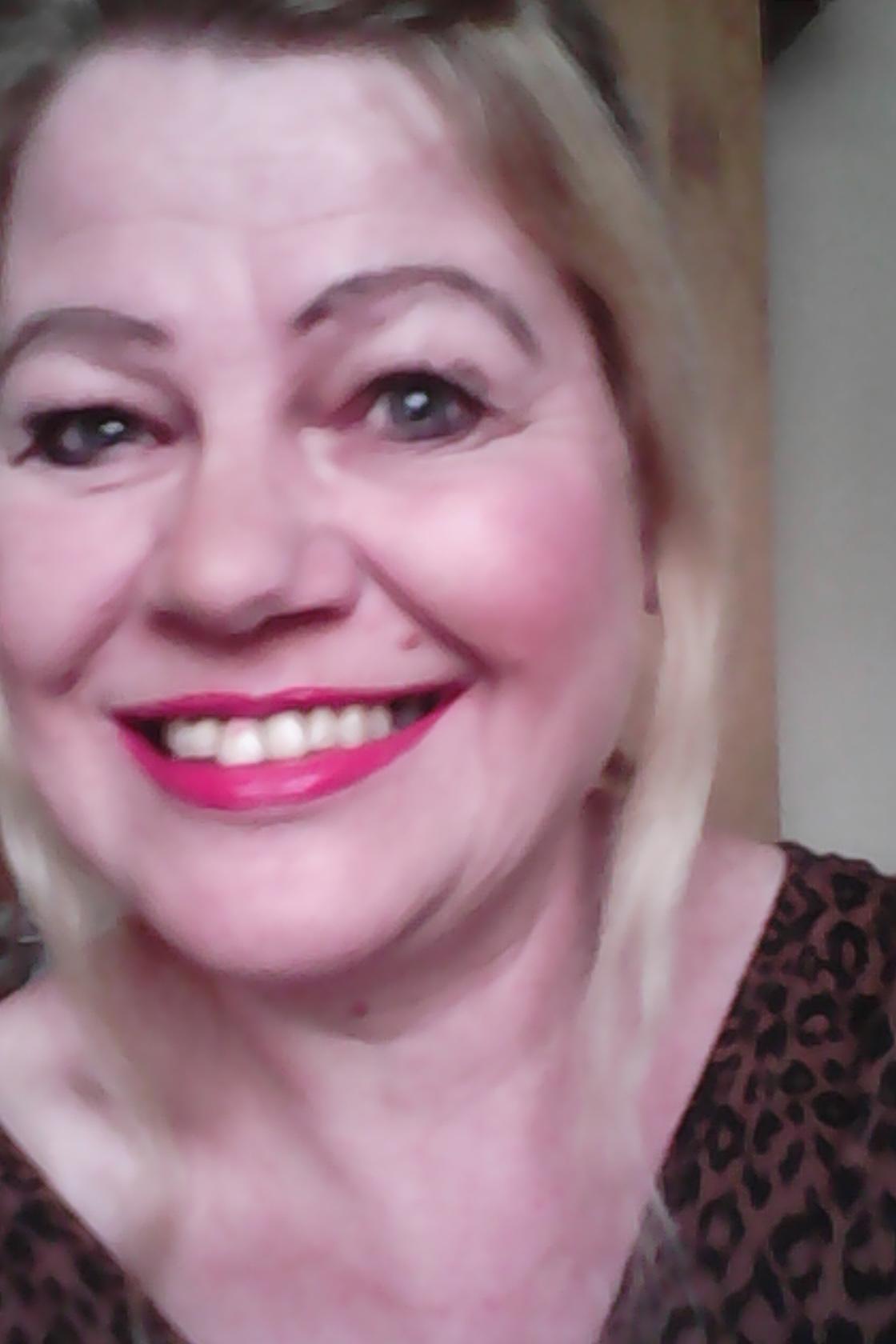 Stuart met Sonia in December 2007 at a convenience shop where she worked as a shop assistant.
After exchanging numbers, the pair went for a drink. They quickly became an item.

In June 2008, Stuart proposed to Sonia and the couple married three months later. But cracks in the relationship began to show.

He said: “I was working long hours as a chef and when I got home, Sonia would accuse me of sleeping with my boss.

“And she became jealous of every woman I went near, refusing to trust me. She even accused me of cheating while I was at my mum’s funeral. It was disgusting.” 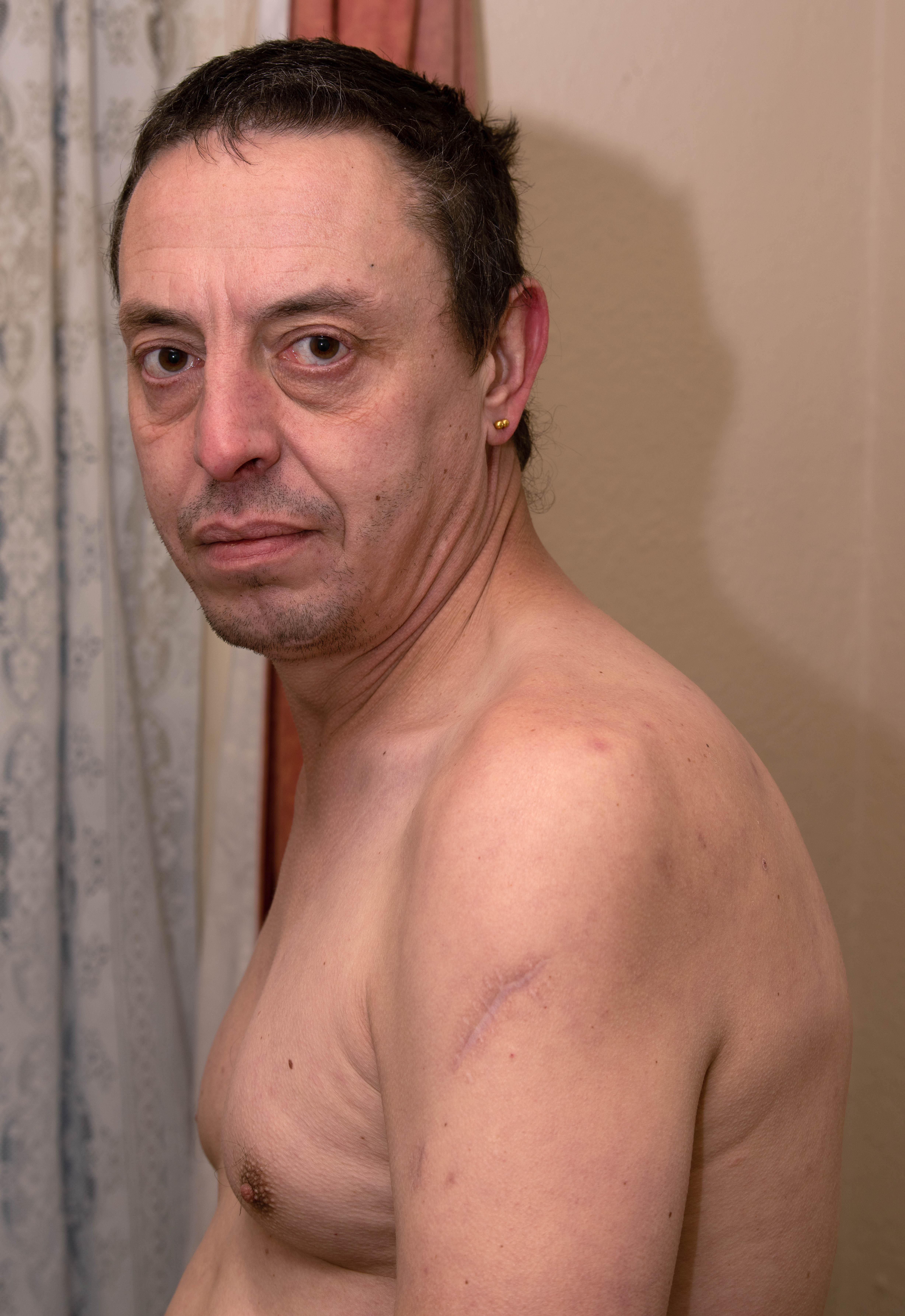 Stuart retreated into himself as his loved ones begged him to leave his controlling wife.

He said: “I was so wrapped up in the relationship that I couldn’t see how controlling it was. I was constantly walking around on eggshells so I didn’t upset her.”

But by October 2017, Stuart had had enough and split up with Sonia. Surprisingly she left without a fight and they agreed to stay friends.

That month, he moved into a house share where he met Stacey, 28, who was new to the area.

As Christmas 2017 approached, Stuart asked Sonia to celebrate Christmas day with him, offering to cook her dinner.

What is male domestic abuse?

According to research by the ManKind Initiative, 15 per cent of men aged 16 to 59 have experienced some sort of domestic abuse in their life – equivalent to 2.4million men.

Though for every three victims of domestic abuse, only one of them will be male.

Less than one per cent of men had experienced physical violence from their partner, and an even smaller number believed they had been sexually abused.

Sadly, male victims are over three times as likely as women to keep their abuse a secret, or refuse to tell the police or medical professional.

Sonia agreed and, two days before Christmas, she leant him £200 to buy some presents and do a food shop.

He said: “I went into town while Sonia had some drinks with Stacey at home. But it took me longer than anticipated due to the rush of last-minute shoppers.

“By the time I arrived home five hours later, Sonia was raging. She asked Stacey if she thought I was an idiot and, when Stacey disagreed, Sonia lunged at her and punched her in the face.

“I grabbed Stacey and pushed her out of the room – protecting her from Sonia. But, as I shut the living door, I felt a sharp sensation in my back.

“Moments later, I realised that Sonia had stabbed me so hard with a kitchen knife that the handle had snapped off. I was carved like the Christmas turkey." 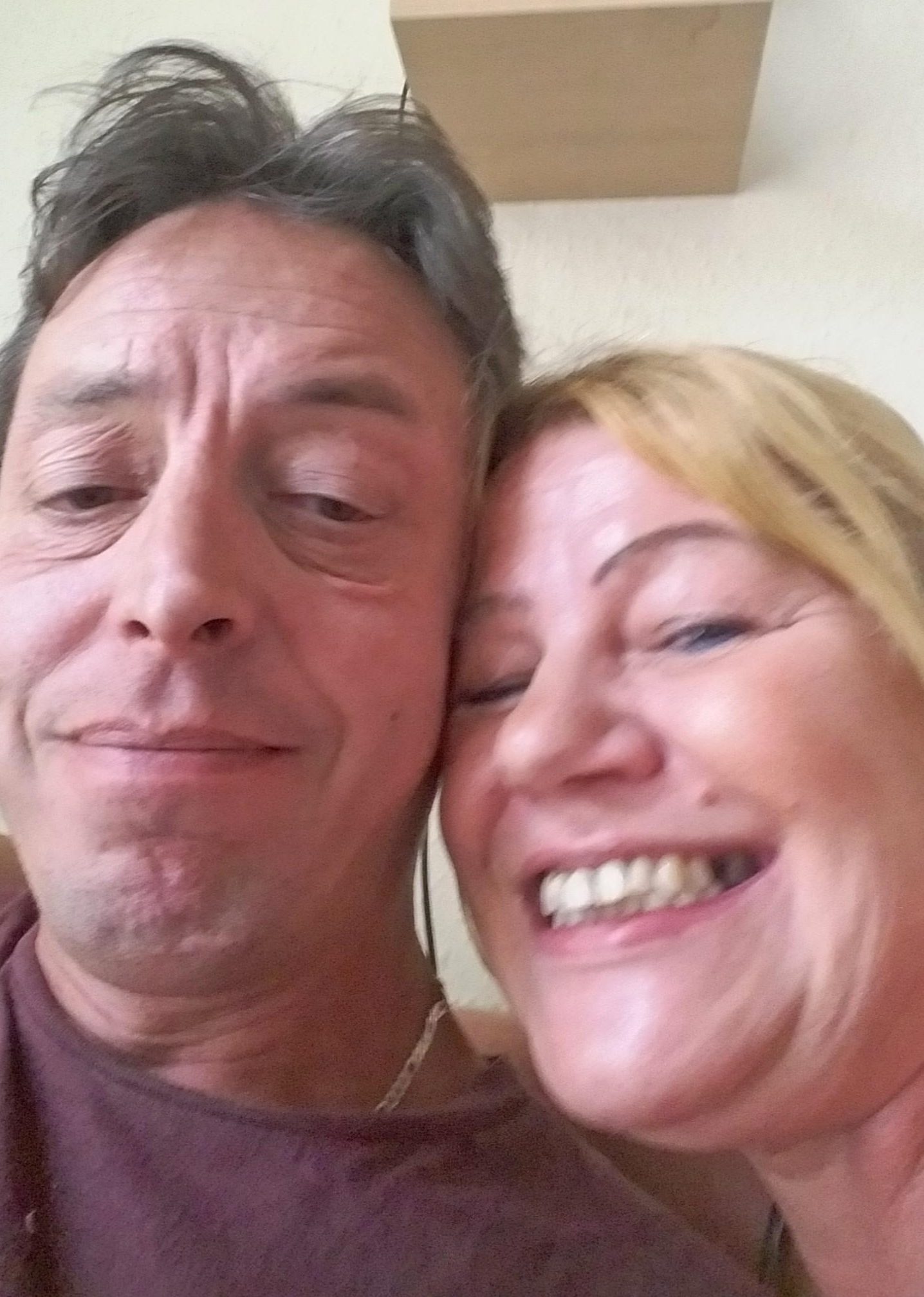 Stuart staggered into the hallway where he told Stacey to call the police. Meanwhile, he managed to trap Sonia in the living room by holding the door handle.

Minutes later, officers and an ambulance arrived. Sonia was arrested and Stuart was rushed to James Pagett Hospital, Norfolk.

He said: “At the hospital doctors told me I had a collapsed lung which was life-threatening. They inserted a drain into my chest to remove fluid. I thought I was going to die.”

Then, in January 2018, he received a letter from Sonia begging him to drop the charges while she was on remand. 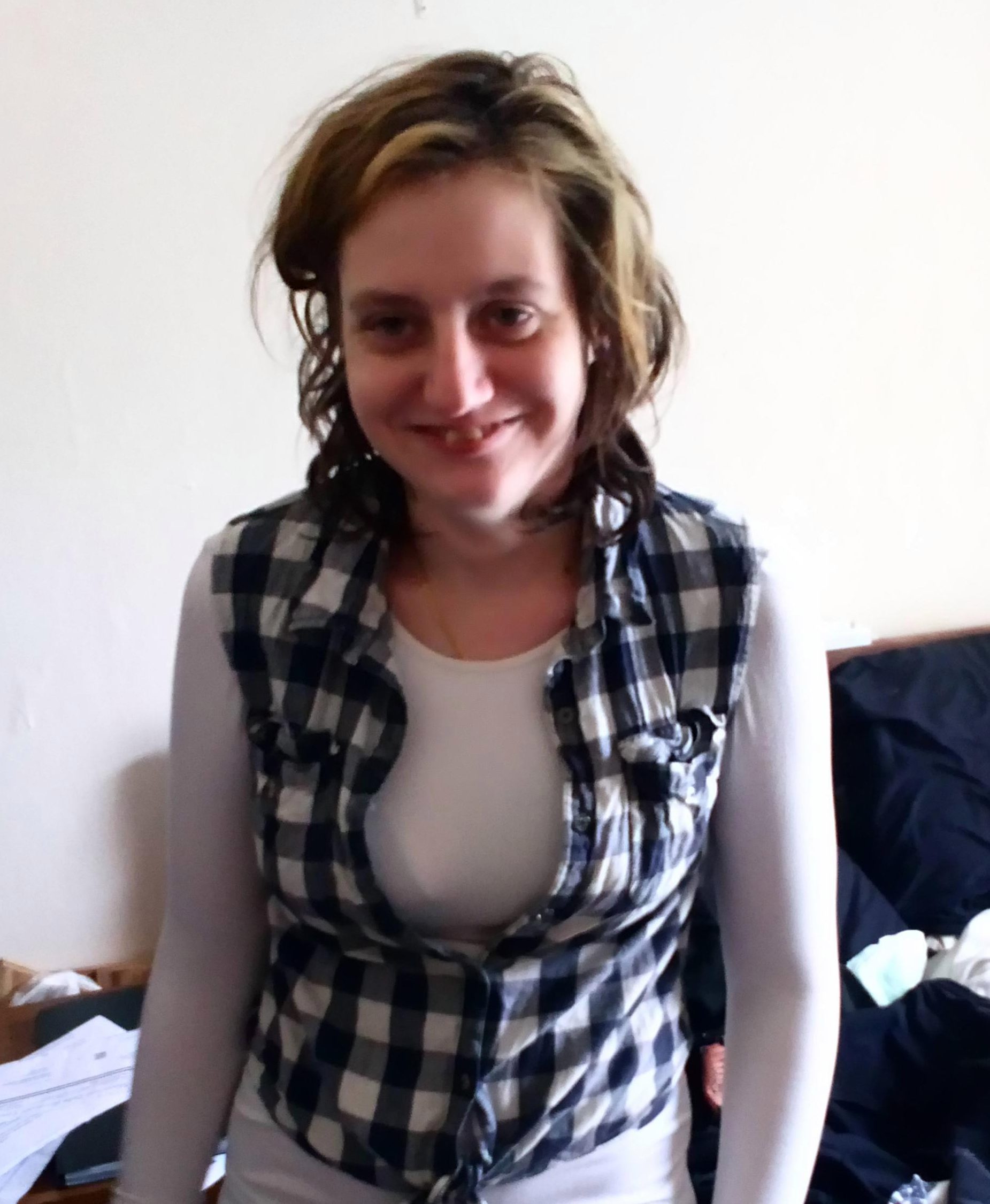 Instead he showed the note to officers. In July 2018, Sonia Simpson appeared at Norwich Crown Court and pleaded guilty to battery for punching Stacey but denied the charges against Stuart.

And she was eventually found guilty of causing grievous bodily harm with intent and perverting the course of justice. She was jailed for 14 years and given an extra four years on licence.

Stuart said: “I was relieved that she was given a proper sentence. I do think that women get away with domestic violence more than men.

“Unfortunately, there’s a stigma against men talking about their emotions so until we crack this, I think men will always struggle with this.

“I don’t know of any other men who have been victims of domestic violence. But I think that’s because they don’t want to talk about it, due to pride.

“But it’s time that it changed – and I want to show others there’s nothing to be ashamed of and to report their abuse.”

Meanwhile, Paul Lavelle, 50, bled to death in May 2017 after his girlfriend Sarah Lewis, 46, stabbed him in the face with a broken plate.

Over 10 per cent of domestic abuse victims FORCED to sleep on the streets after being refused emergency accommodation, damning report reveals.