THE CHRISTMAS gonk is the festive trend of 2020 and it looks like it's here to stay.

Many fans of the cute Scandinavian creatures have bought theirs from Aldi and Home Bargains – but one woman made her own, and let's just say the result raised some eyebrows. 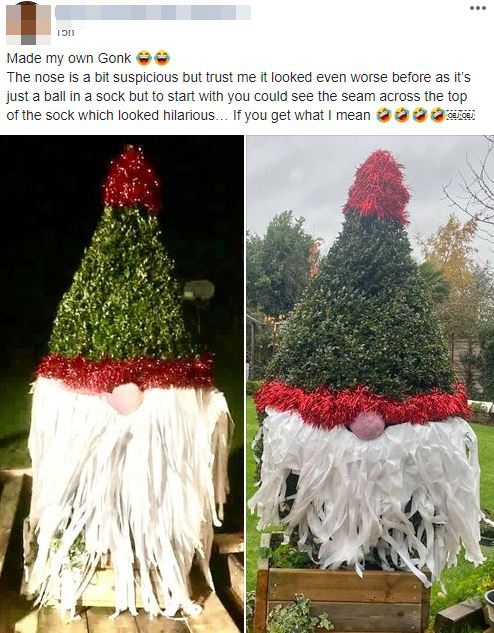 Posting in Facebook group Extreme Couponing and Bargains UK, she shared a couple of photos of her homemade gonk.

She captioned the images: "Made my own Gonk."

The pictures show her gonk, that she'd made by accessorising a garden hedge with red tinsel, a fake beard made out of two cut up plastic table cloths, and a ball inside a sock for the nose. 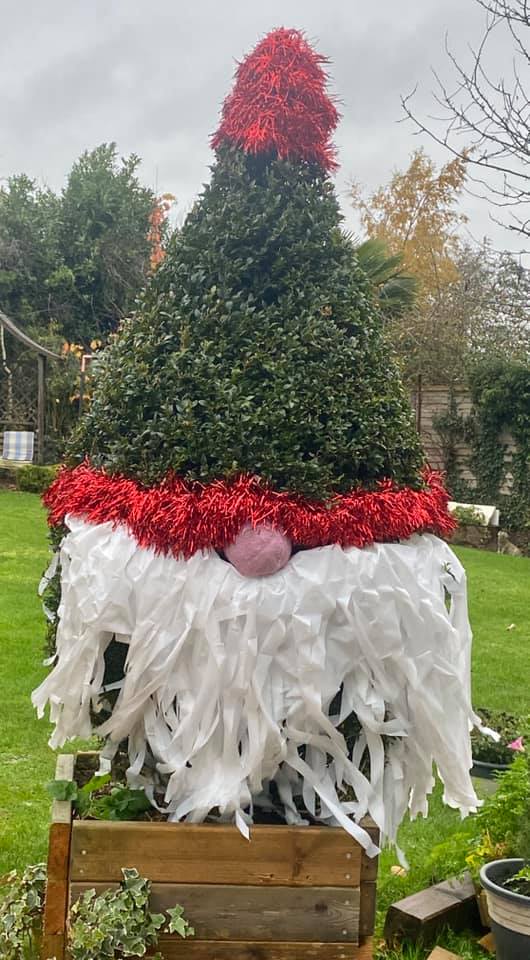 In the comments, she revealed that it had only cost her £4 to make.

The post soon attracted many comments and likes from other members of the group, praising her creativity and having a laugh at the rude-looking garden gonk.

One person commented to say it had brightened their morning: "The best post for a long time xx Made me laugh with your sock story and smile at how great your imagination is to think this up x thanks for making my morning xx"

"Bloody brilliant idea and genuinely looks good! But the nose has absolutely cracked me up. Love it! x", a second said. 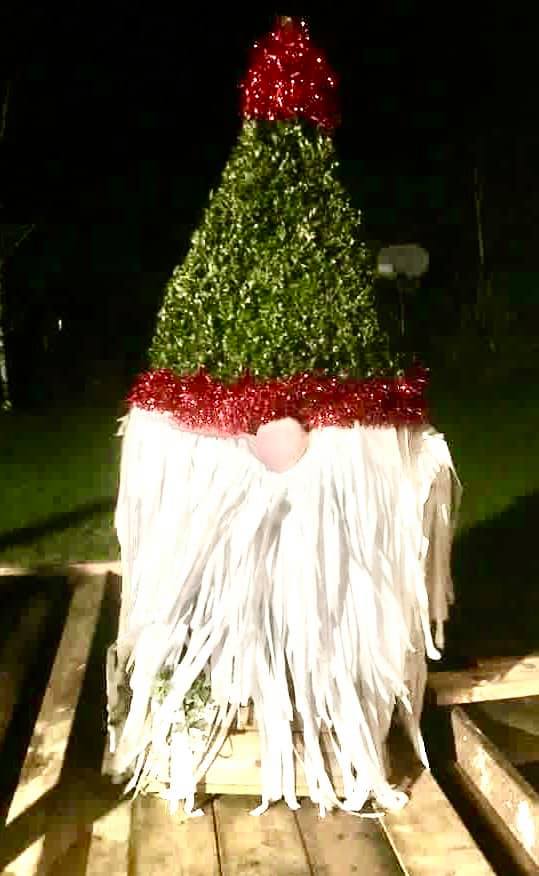 Another asked, "What did you use for the nose, an actual penis? Looks great. Couldn’t help but laugh though."

One commenter helpfully suggested painting the nose yellow, while another said they'd been inspired and were going to make a similar gnome in their garden.

Elsewhere on Fabulous, we shared how shoppers were going mad for Aldi's Christmas gonks, and they just couldn't believe the price.

Plus festive fans were putting up their Christmas decorations way back in October – but how early really is too early?

And B&M released a Christmas range to rival John Lewis for half the price – but can you tell the difference?