STOCKING shelves in Asda in 2007, A-level student Rachel Molitor was delighted to be told “you’re on the route to management.”

Not because she aspired to work in the shop but because it meant she was in charge of a group of workers – and she promptly put herself in control of the ‘yellow sticker aisle’ where she’d pick up cheap ready meals to bring home to her mum Jules, now 62. 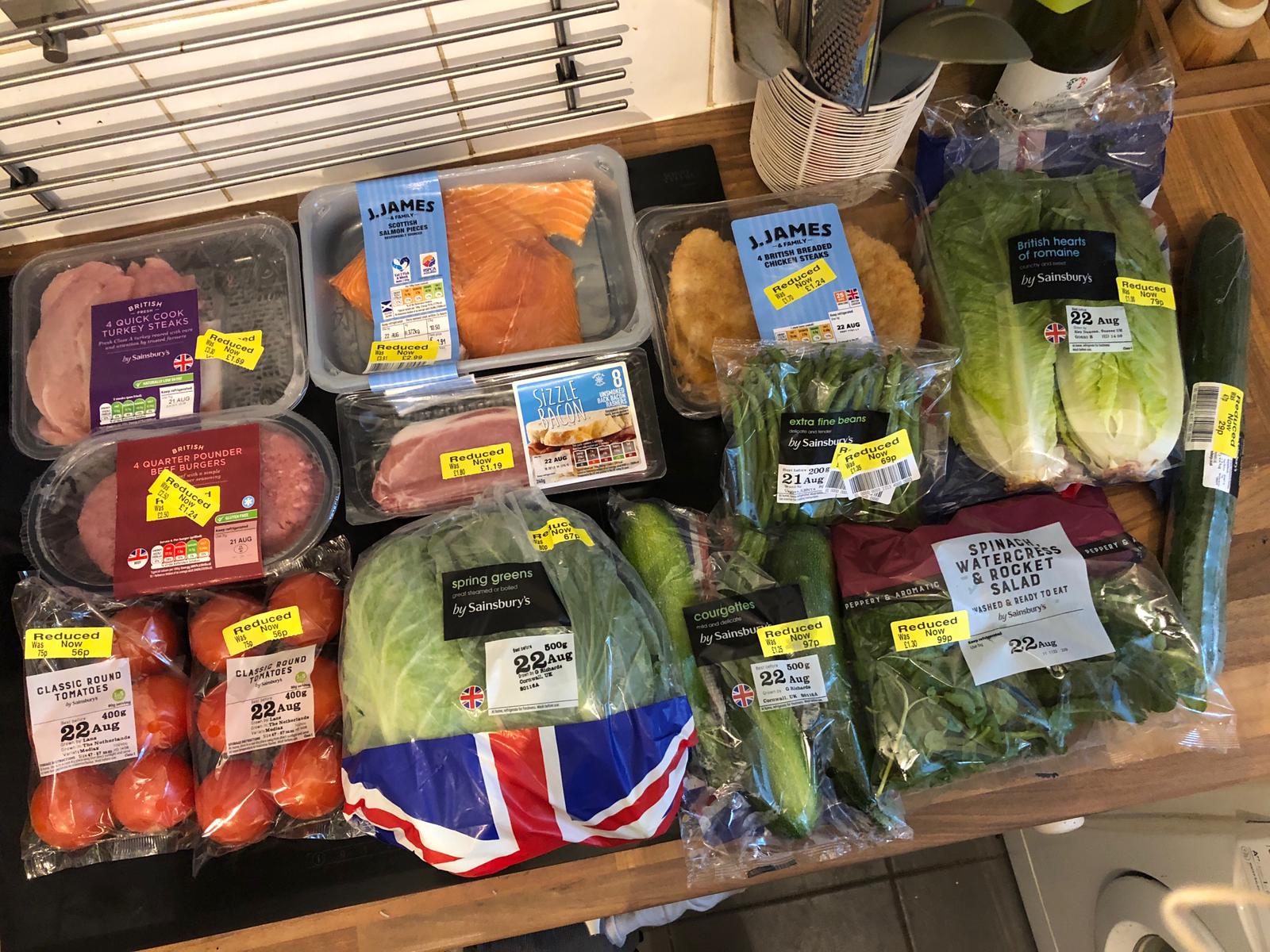 “I just love a bargain,” Coventry University PhD student Rachel, 31, who lives near Solihull in the West Midlands, laughed. “And I wanted to be the one to put the stamps on. I would also allocate myself the latest breaks of the day so I could make sure I was first to grab the bargains in the aisles – that’s when the discounts are applied.”

Rachel, married to hospital anaesthetist Tim Molitor, also 31, is one of a growing group of young women who – despite having money to spend in shops – love grabbing food bargains.

The groups share what times different shops reduce food and how much they slash prices by – usually later in the day, Rachel explained. 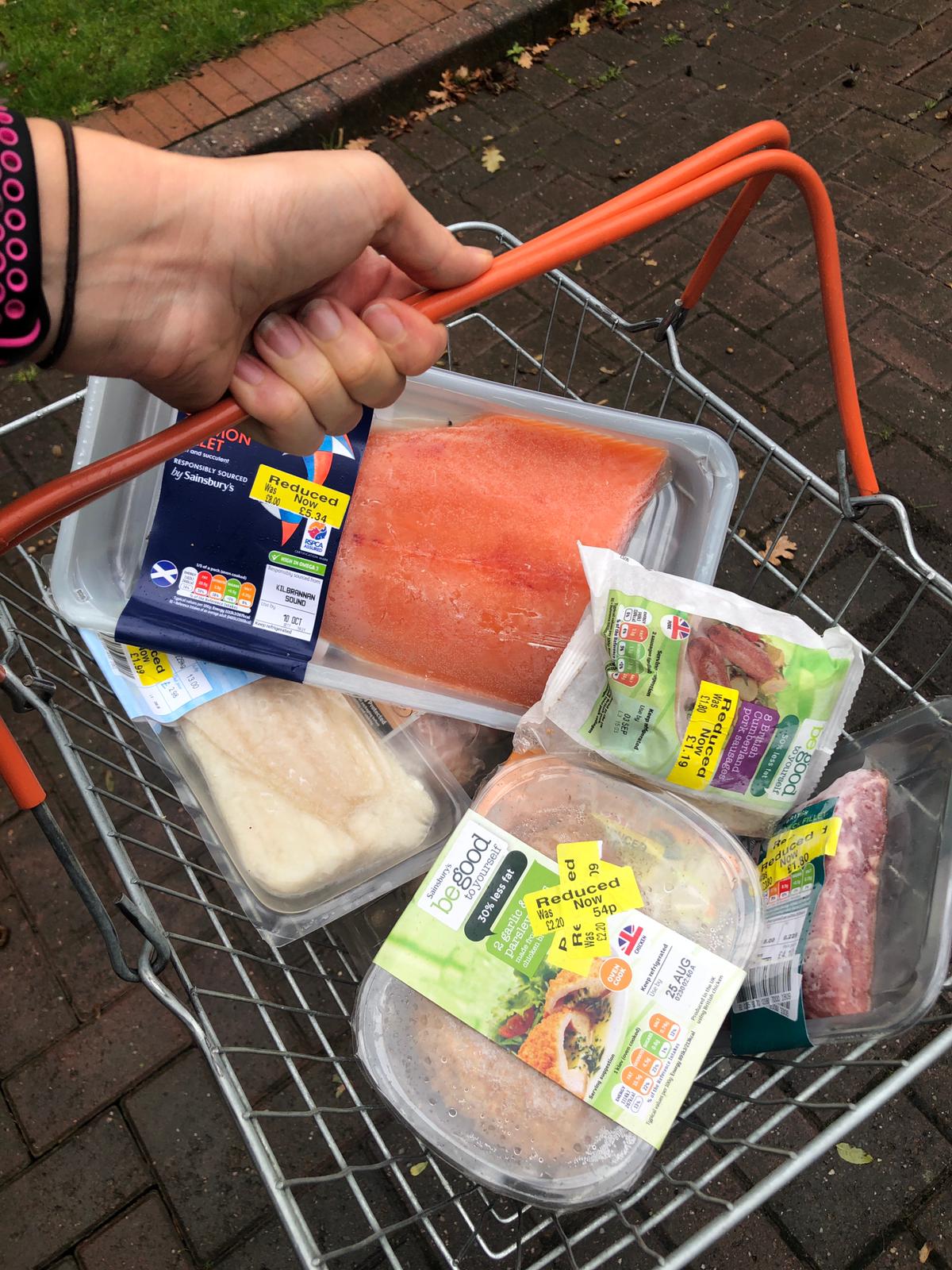 Rachel, who boats whole drawers in her freezer dedicated to cut-price food, said she loved these groups.

“I’d always head straight to the sales aisles in clothes shops but now I’d go to the yellow sticker aisles too,” she said. “Partly I just love a discount but also I hate the thought of chucking out food just because it is a couple of hours after its best-before-date. There’s nothing wrong with it.

Her proudest boast is that she makes a Sunday roast virtually every week for less than a pound a head.

How can you get the best yellow sticker deals?

Wait around in the aisles for reductions – We previously told how one shopper checked the expiry dates of items such as cream cakes and then waited for a staff member to reach them with the yellow sticker gun so they can grab them straight from the reduction trolley.

Be competitive – One shopper told the researchers that she loitered by a supermarket worker printing off yellow stickers for raspberries which were reduced from £3 to 25p each for a 150g punnet. She got there before another couple and managed to pick up 15 punnets, compared to the couple who only bagged four.

Schedule shopping trips for when items will be reduced – The research found there is no universally good time for picking up reduced items, but that "final reduction usually takes place sometime in the afternoon or evening". The report said that shoppers who researched to find out when items are reduced in their local supermarkets had better luck with bargains. Shoppers said they did this by observing reducers day-to-day or by simply asking a member of staff.

Can create recipes based on their reduced buys – You don't just need to be a good bargain hunter to bag the best yellow sticker items. The research found that you need to think like the TV show "Ready, Steady Cook" and come up with ideas for "what can be 'done' or made with the item". It says the best savvy shoppers will have "food, its storage and preparation and cooking and recipe knowledge". The report adds: "Competent yellow-sticker shopping depends on 'using' what is purchased."

Look in random chiller cabinets and end-of-aisle shelves – Yellow sticker food may not be in the right aisles so signs won't tell you where to look. They also won't be promoted. Shoppers say they often find reduced items at random in chilled cabinets or at the end of an aisle.

“I can do a whole Sunday dinner for less than £1,” she told Fabulous. Before they close down on a Sunday at 4pm shops will slash prices on things.

And she joked her dinners were a hit. 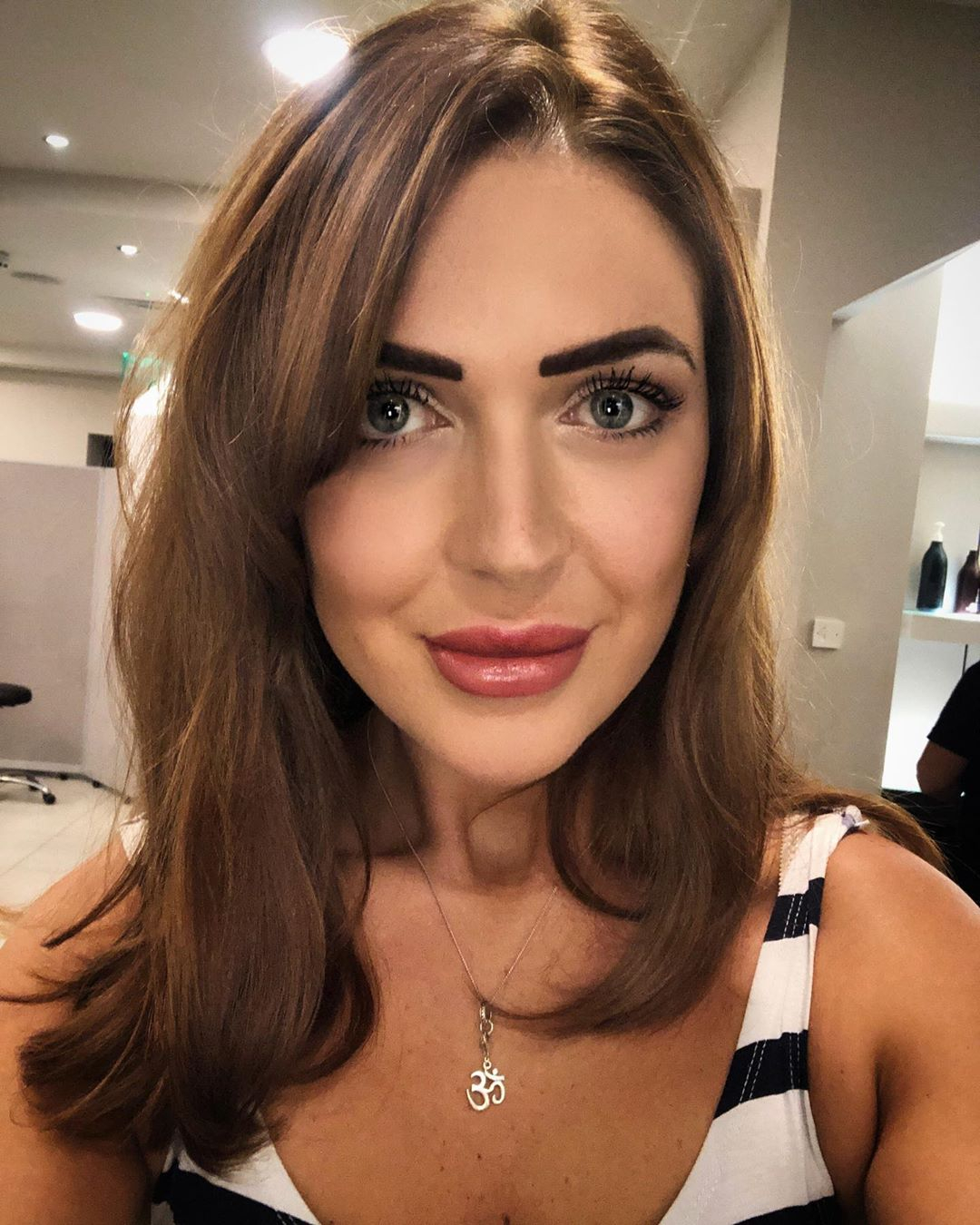 She also gets fancier foods – essential because husband Tim is a “foodie”.

“I’ve also bought a cod for really cheap which I wrapped in parma ham. I just buy meat and fish when it is on offer, bung it in the freezer and when Tim gets home we root around it and see what is there.

I can do a whole Sunday dinner for less than £1,” she told Fabulous. Before they close down on a Sunday at 4pm shops will slash prices on things.

“That’s one of the beauties of yellow sticker cooking – you come back with really random ingredients.”

Rachel said she mainly shopped at the Sainsbury’s near her home but also visited smaller shops. “It’s always better to go later in the day,” she explained. "And I find the medium to big-sized stores are better for products than the really small ones."

She suggested (having been one) asking staff members what time people mark down food.

“There’s definitely people in supermarkets who are scurrying around yellow sticker shopping and there are definitely elbows out – I’ve not got that far yet, but you never know!” 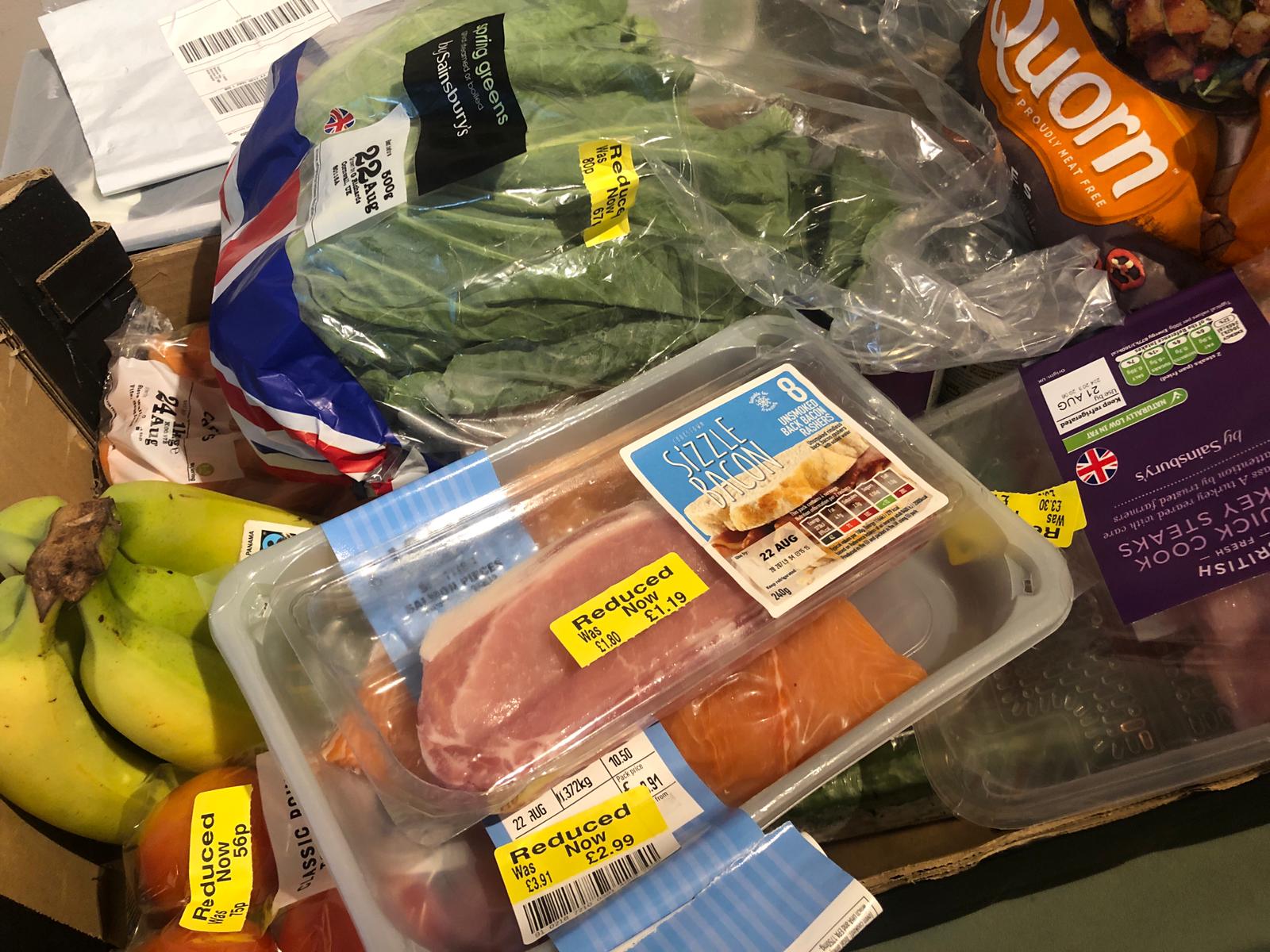 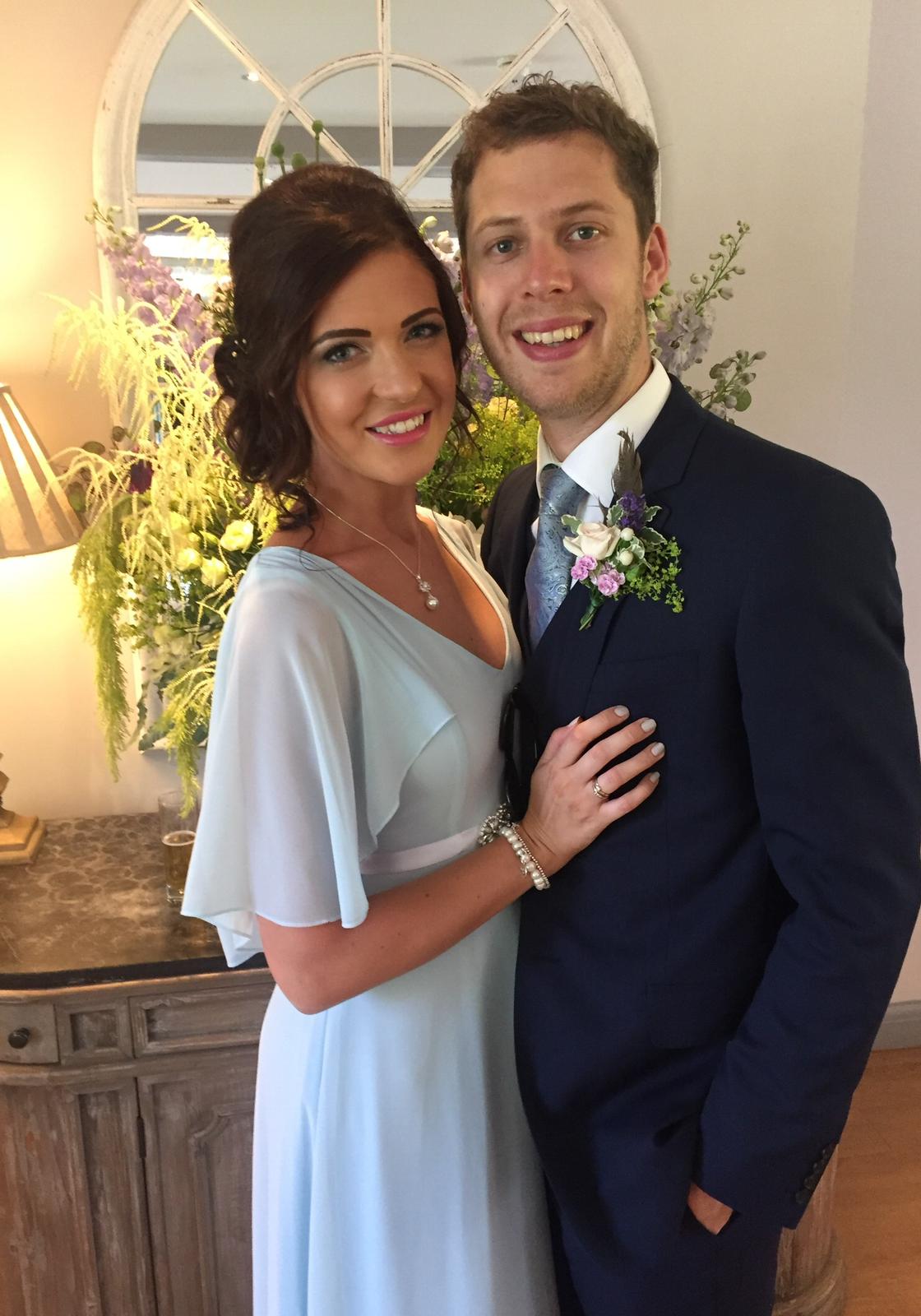 Meanwhile, previously speaking with Fabulous, mum-of-two and creator of the cost-cutting Facebook group Yellow Sticker Family Cooking, who asked not to be named, said you couldn't expect the same experience in every store gave her advice on how to bag the best bargains.

She said: "I recommend to look at the reductions area when you go shopping and see what sort of reduction has been done and gauge from that whether it's too early or too late.

"It doesn't hurt to ask a store colleague who may be able to offer some insight. Obviously yellow sticker shopping isn't practical for everyone. Also it cannot be guaranteed anything will be available at the time or day you go shopping."

She also revealed some others ways to save as well as some simple recipes to feed the entire family.

We also shared how a single mum keeps the shopping bill down – and she gets so much free food she ends up giving it away.

Plus a mum shares tips for making food last longer including storing jars upside down and wrapping greens in kitchen roll.

Another mum revealed how she feeds her whole family for just £25 a week – and there’s enough for guests too.