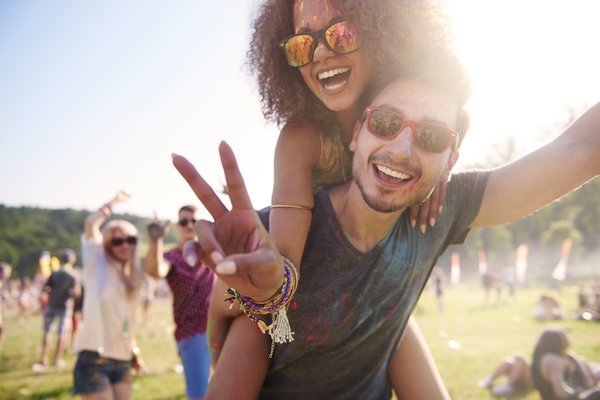 Tinder on Thursday announced a new feature called Festival Mode, which will allow users to identify fellow festivalgoers before they descend on Governors Ball, Bonnaroo and Firefly, among other music events. All the better to exchange flower crowns, swap band recommendations and do all the other innocent, happy things that people tend to do together at music festivals.

The initiative, a partnership with AEG Worldwide and Live Nation, is the latest way in which Tinder is helping users customize and curtail their online dating experience. When Tinder first became available in 2012, its founders boasted of its size, of just how many potential matches were available. They compared the app to a bar, in which the number of interesting singles was all but unlimited. Now, Tinder wants to narrow the field.

In August, the app introduced a feature called TinderU, which was available only to college students (active students with a .edu email address). In March, it used that feature to offer something called Spring Break Mode, where, in popular destinations including Cabo, users were able to find other college students in order to better share resources in exploring those remarkable locales, learning valuable life lessons and experiencing the chaste joys of travel.

Tinder’s new initiatives, essentially filters by a different name, echo the way that other networks, most notably Facebook, have turned from championing the public nature of their platforms to emphasizing how their platforms allow for private connections.

In September, the company, which is owned by the dating conglomerate the Match Group, hired Jenny Campbell as its chief marketing officer. Ms. Campbell favors experiential marketing — campaigns that involve user participation, like Festival Mode — over the traditional sort, which she has said does not appeal to Tinder’s younger user base.

In an interview in March, Ms. Campbell referred to the changes at Facebook explicitly before explaining the shift in mind set at Tinder. She said that in 2019 young people had become less interested in broadcasting everything about themselves. “They’re looking for some of these smaller group settings,” she said.

Tinder has also noted usage spikes around large tourist-happy events like the Olympics and around the time of spring break. Music festivals are no exception; the app noted significant increase in activity, for example, during the Bonnaroo festival in 2018.

Users going to music festivals will be able to swipe on Festival Mode cards to access the feature. Doing so will add a badge to their profile that will identify them as attendees of, say, the Electric Daisy Carnival in Las Vegas, or Parklife in Manchester, England.

The feature can be toggled on and off, giving users the freedom to venture beyond the festival premises if they’re feeling thirsty. (Stay hydrated, folks.)

Jonah Bromwich is based in New York. He writes for the Style section. @jonesieman