Ever since Meghan Markle stepped out of Suits and into the royal spotlight, eyes haven’t stopped following her. But rather than it solely being due to her high society status, she’s been turning out looks as if it were her day job. So much so that Meghan Markle’s boots, alone, have made headlines. And if each pair were chronologically listed, you’d understand why they deserve the attention.

Although she’s newest edition to the royal family (save for the bun in her oven), Meghan has managed to find ways to skew the expectations of a princess and served fashion on a more relatable platter for fans to splurge on. From making her rounds touring throughout Australia to days walking about the castle grounds, whatever’s happening south of Markle’s ankles is something to note for global fashionistas.

The Duchess of Sussex has been spotted in plenty of cute, yet unbelievably high, pastel-colored pumps that fans have become accustomed to. But when she really wants to make a fashion statement, she’ll pull out a pair of boots in cool, but comfy enough styles that’ll make you rethink your own shoe game. So to make life easier on you, here are some similar styles of all of the chic boots Meghan Markle rocked (many the originals have sadly sold out) in all of 2018. 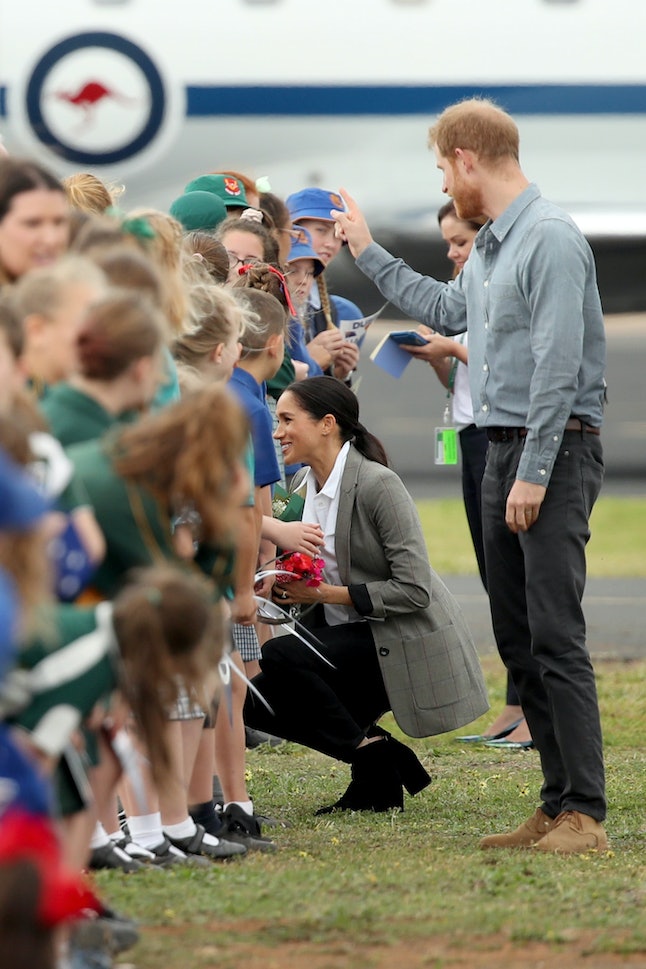 Meghan Rocked this comfy ankle boot from J.Crew while on her Australian press tour with hubby Prince Harry. These booties came only in black with a suede finish with a 2.5-inch block heel to stomp the yard in chic, comfortable fashion. But when ASOS sells a similar pair for under $50, which one is really calling your name? 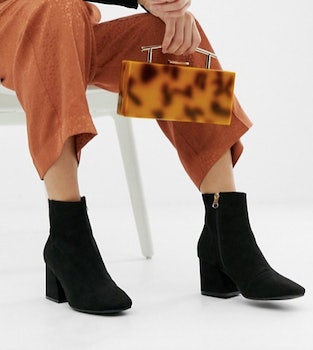 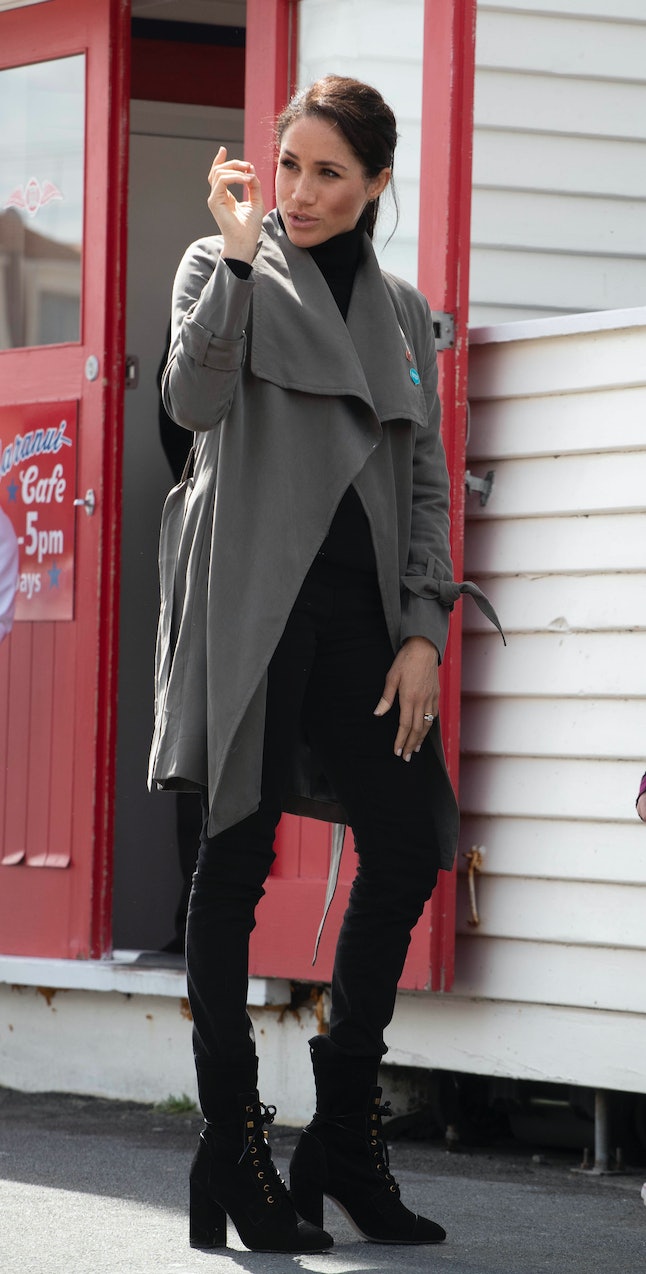 Although these babies were fire, you may not have wanted to shell out well over $600 when they were still available on site. But that doesn’t mean you can’t work it like Meghan. These similar (and much more affordable) pair of lace-up combat boots are just as princess-worthy. 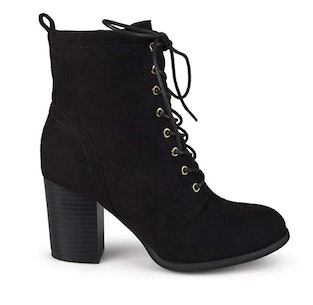 When Meghan Markle and Prince Harry attended the Sydney 2018 Invictus Games, she wore another pair of Stuart Weitzman sock boots. You can buy the original pair at Neiman Marcus for $373, but they’re going fast. However, in the event your shoe size is sold out, there’s always these sock boots from PrettyLittleThing. 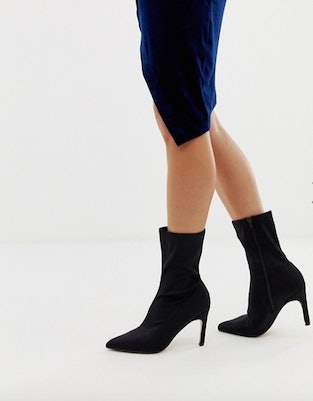 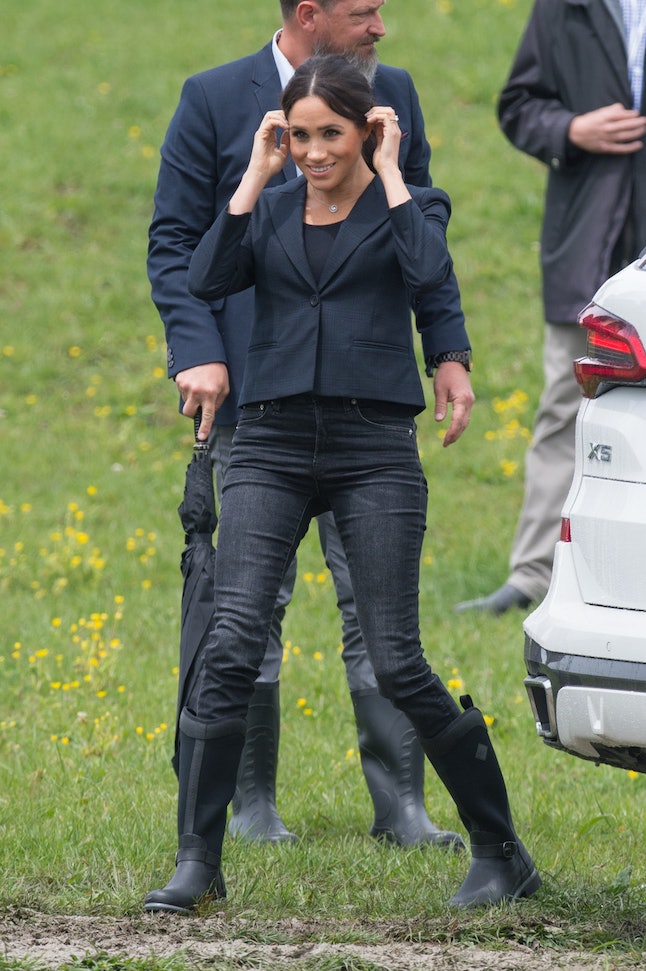 Even when Markle’s trekking through mud, she makes it fashion. According to Fashionista.com, The Duchess of Sussex visited Revdale, New Zealand to dedicate a piece of native land to the Queen’s Commonwealth Canopy. She wore these cute mud boots, which you can get at Dick’s Sporting Good Store for under $200. 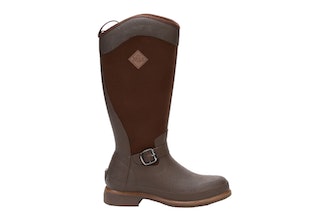 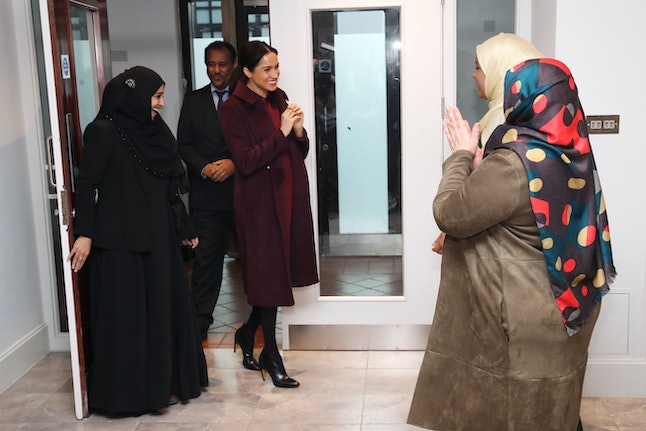 As the duchess visited the Hubb Community kitchen, she showed up looking luxe in these sleek Givenchy ankle boots. Not everyone is ready and willing to throw down $900 for a pair of boots, but these dupes from Mango that’ll only set you back $100 may end your momentary sadness. 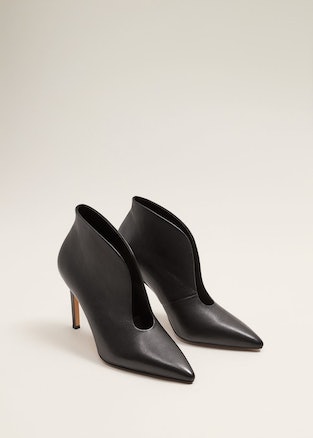 Attempting to dress like the actual Meghan Markle is no cheap activity, but style is style. And if you’re really good at it and find her fashion dupes, no one will even know you’re not the Duchess herself. Okay, maybe they’ll know a little.

JoJo Maman Bébé Black Friday deals 2022: What to expect this November | The Sun
About