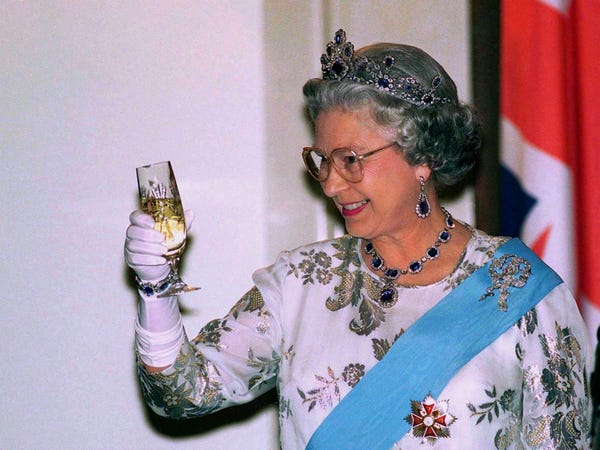 The Queen may live in Buckingham Palace and wear tiaras on a regular basis, but you could argue that it's her accent that really shows how posh she is.

Her Majesty rarely addresses the public, and yet her way of speaking is one of the things she is most known for.

Her Majesty The Queen addresses the UK and Commonwealth in a special broadcast recorded at Windsor Castle. . ‘We should take comfort that while we may have more still to endure, better days will return: we will be with our friends again; we will be with our families again; we will meet again.’ . Watch The Queen’s broadcast in full on our IGTV channel.

The monarch speaks in British Received Pronunciation (RP), a speaking style that was adopted in the late eighteenth century among the upper classes.

Insider spoke to Claire Larkin, a cultural expert at Babbel, who explained how using this speaking style will make people believe you're posh, even if you're not.

"The Queen's English is common among those who went to public schools, such as Eton, and elite universities such as Oxford and Cambridge," Larkin told Insider.

"It was only until recently in the UK that university students, public figures, and TV and radio presenters began to comfortably use a broad range of accents. In the past, many would have adjusted their accents to get ahead."

Larkin added that many public figures — particularly royals — still use RP, as "it's still regarded by many as the 'proper' way of speaking, and a marker of prestige and ability."

"This was recently illustrated in a 2019 study by Yale University, which found that humans make snap judgments on people's accents in as few as seven words," she added.

How to speak like the Queen in a few simple steps

If you want to learn how to sound posh like the British monarch, follow Larkin's five key instructions: