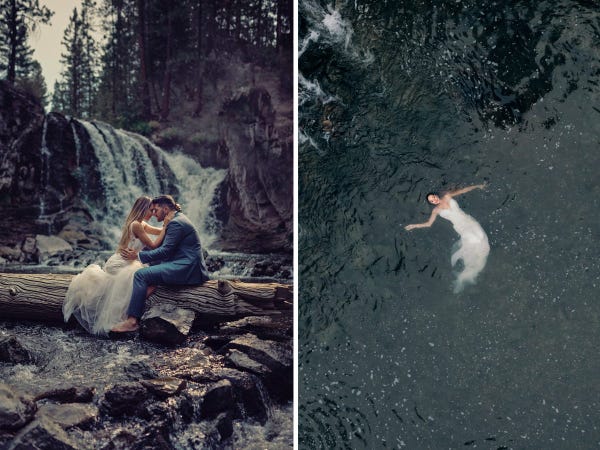 James and Chelsie got married in Oregon in August. 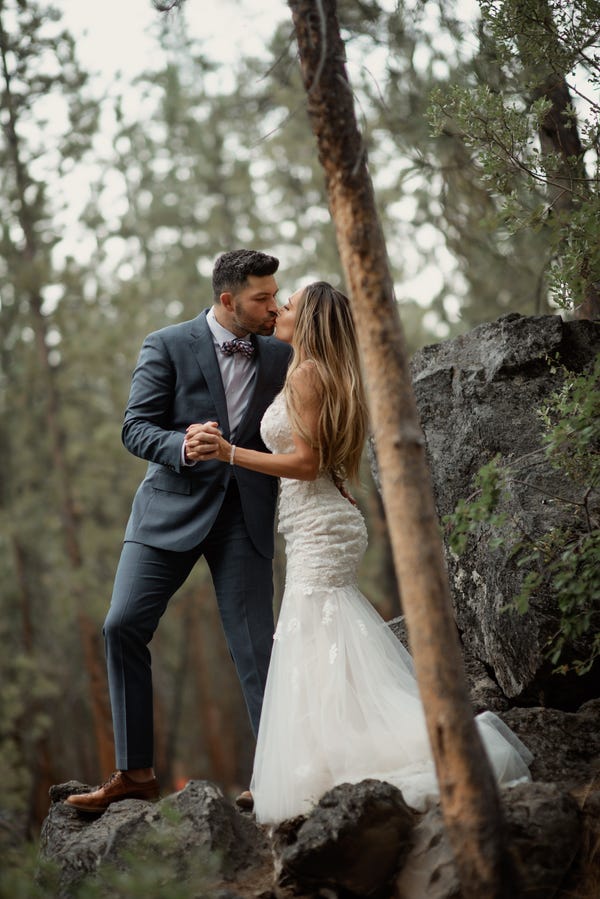 The couple got married on August 16, 2020, surrounded by their children and a few other members of their family.

"It is my grandparents' wedding anniversary, and they have been married 69 years now," Chelsie told Insider of the wedding date.

"We were going to elope with the kids, but our families held a small loving protest and I gave in immediately," she said.

They were married on August 16, but they decided to take their wedding photos the day after the event. 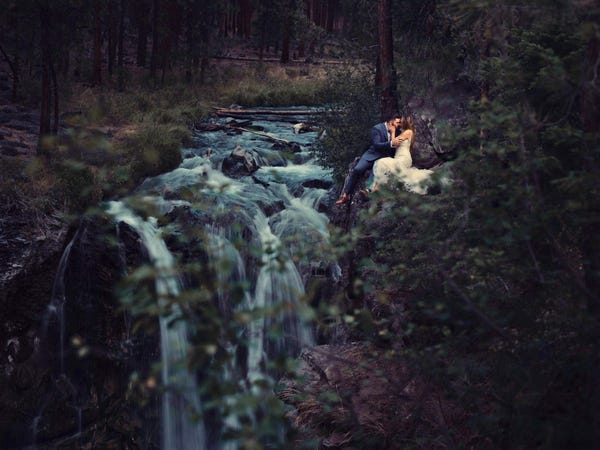 "We did family photos on our wedding day but didn't want to spend a ton of time away from our guests," Chelsie said. "So we also planned to do pictures the day after the wedding."

They saved their portraits for the more private shoot.

Chelsie and James hired Benjamin Edwards to take their photos. 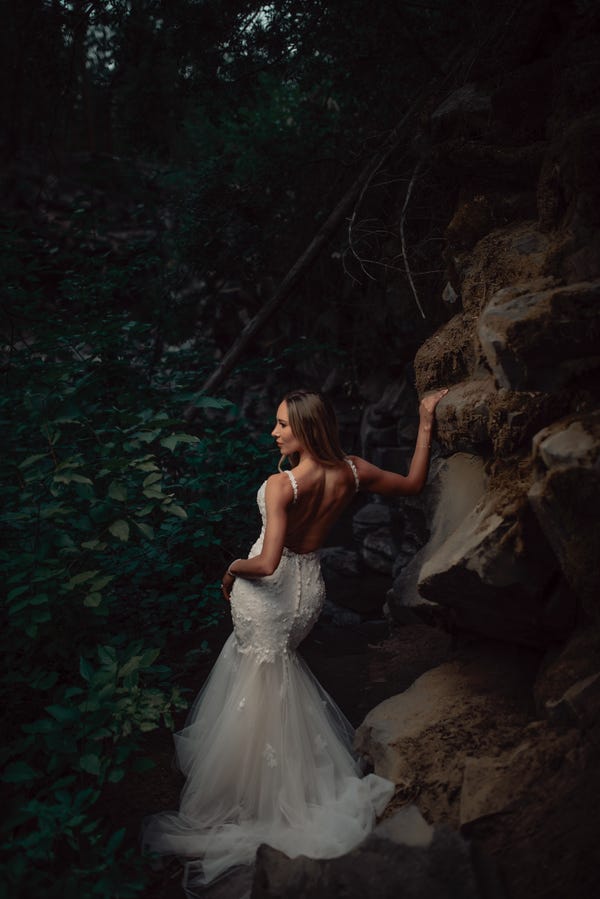 Edwards has been in the wedding photography business for a year, as he told Insider.

His son works as his assistant on his shoots. "My son is my assistant and has traveled extensively with me," Edwards said of the duo's work. "I've traveled to about 20 different countries to teach workshops on humanitarian storytelling and also do work for NGOs."

"We'll go anywhere for a wedding — or a beautiful story that needs to be told," he added.

Edwards took the couple to a secluded spot near a waterfall for the shoot. 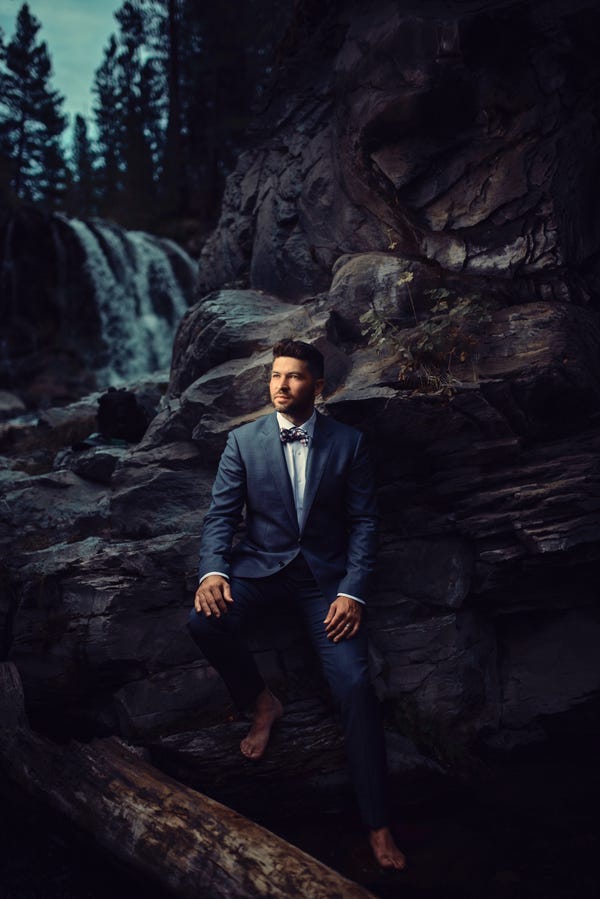 The location allowed them to pose near trees and next to the waterfall.

Plus, the intimate location provided the couple with contrast from the environment of their wedding.

One of the big reasons the couple hired Edwards is that he takes photos of couples in water. 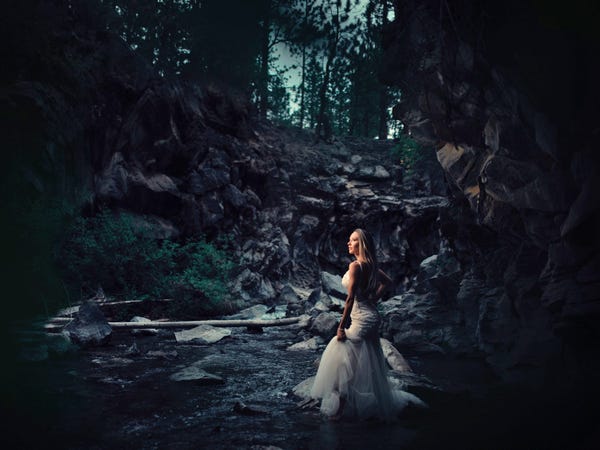 "I never thought of doing a water shoot until I found Benjamin," Chelsie told Insider. "When I saw his photos, I thought it was so cool and wanted to do it too."

Chelsie and James were ready to get their wedding clothes wet the day of the photo shoot.

Edwards has been experimenting with using a drone to take overhead shots. 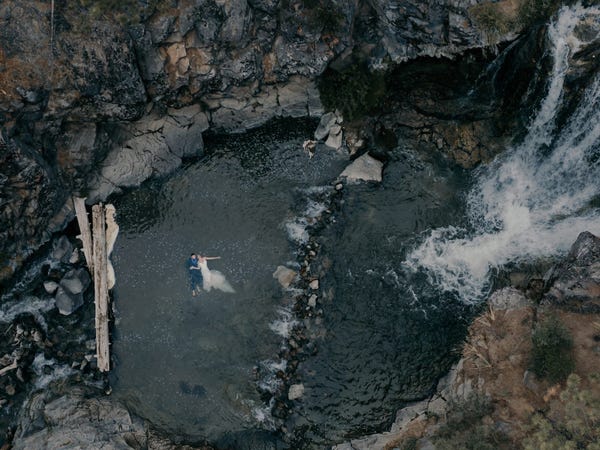 "I've found it to be much more creative with the use of drones," Edwards said of his water shoots. "What a fun vantage point."

The water does make things more complicated though, as there's always the potential for Edwards to damage his equipment. But he and his son are careful.

After posing on land, Jamie and Chelsie got in the water to take some photos. 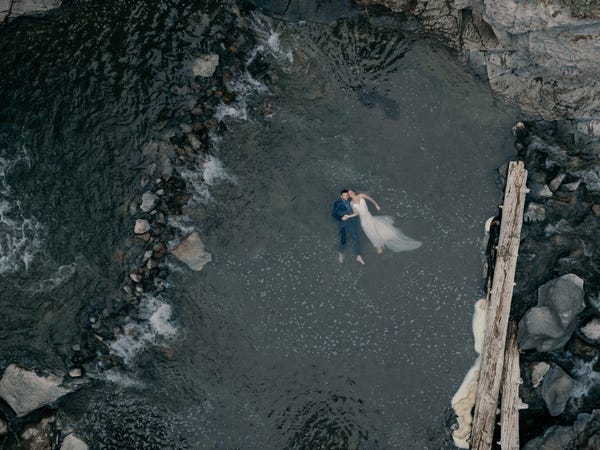 "The day was a little muggy and hot, so the water was super refreshing," she said. "But still, getting in was cold. Jamie fell on his back and started floating, but I had to inch my way in."

Chelsie said Jamie helped her pose in the water. 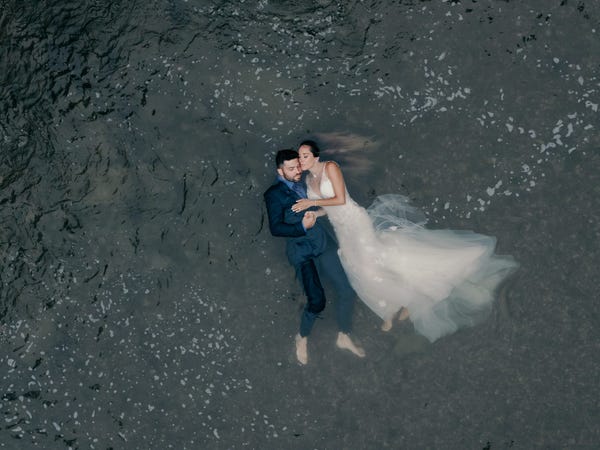 "He had his arm under me and was holding me up so I would look more 'floaty' than I actually was," she said. "He was so cute."

Edwards said that the ever-changing nature of water makes capturing moments like this difficult. "Water moves. It moves people, shoes, things that are dropped in it," he said. But the challenges make it extra rewarding for him.

"It's going the extra mile. It's planning, driving to a remote location, hiking, exhausting myself to make the images, an hour or two of cleaning dirty gear the next day, the edit and the delivery," he said. "It's all worth it knowing I've created a piece, or pieces, of art for a couple in love."

Getting in the water didn't ruin Chelsie's dress, but James' suit might not recover. 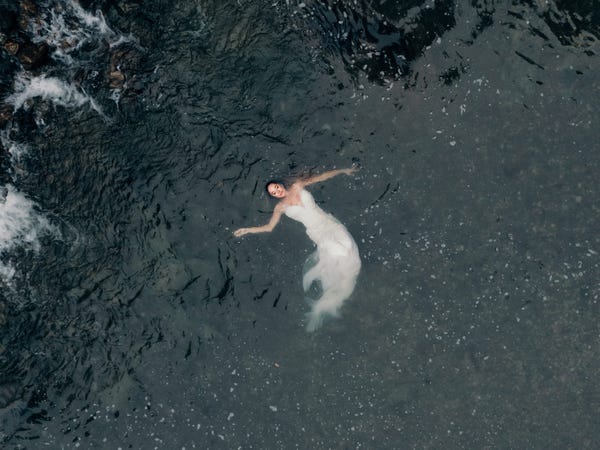 "It's still undecided whether or not James' suit can be salvaged — both are at the dry cleaners," Chelsie said. "His suit is wool and may have shrunk. But my dress will be fine, which is honestly too bad because James would totally get to wear the suit again, but I obviously won't wear the dress again."

Edwards works to make his clients comfortable during his shoots, whether they're in the water or out of it. 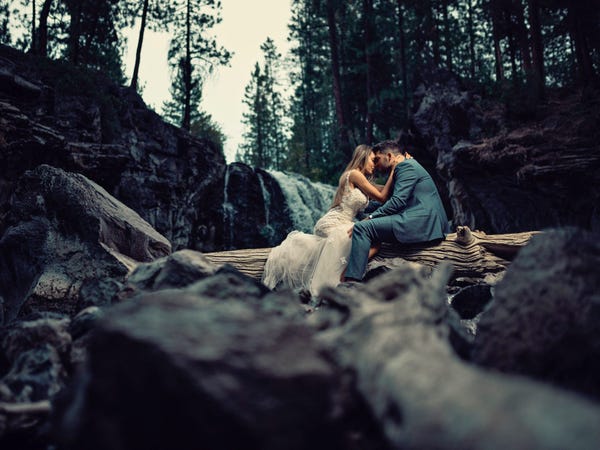 "I simply encourage them to think about, and pay attention to, each other," he told Insider. "That's why we're there."

"Yes I'm a creative, an artist, but in these specific shoots, we're there because they love each other," he added. "I don't ever want the 'art' to overshadow that. When they're looking in each other's eyes, they're not thinking about me or the camera."

"My best advice to another couple would be to definitely do photos after the wedding day," Chelsie told Insider. 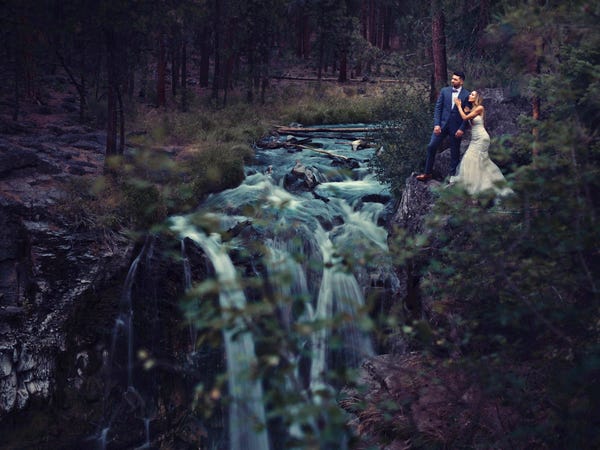 "It's so cool to have epic shots," she said. "And weddings go so fast, so stay and enjoy as much of it as you can."

And if you do a water shoot, don't be afraid to get dirty.

"It's going to happen, so just embrace it," Chelsie said. "I was dragging around all sorts of tree branches by the end of the day. It was funny."

"I honestly love everything about James," Chelsie told Insider of her husband. 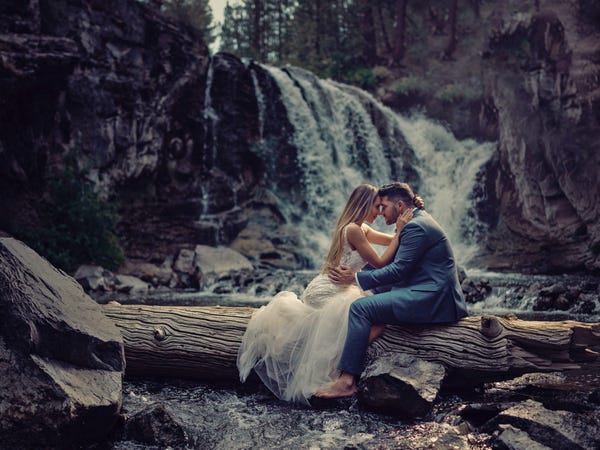 "He's so funny," she said. "The kids hear us laughing and laughing at night."

"He's such a hard worker, and even when he has a rough day, he comes home so sweet and never complains about what he was dealing with," she added. "But maybe my favorite thing about our relationship is that we both like to play, and we're also both very competitive."

"We make a relay course in our house, and we all get timed to see who is the fastest and it's really fun," she said. "We also play Rummikub, chess, tag, memory games in the car, and we're always competing. It makes me smile just thinking about it."