The script may sound familiar, but the cast is not:

Alvy Singer: “There’s an old joke. Uhm, two elderly women are at a Catskills mountain resort, and one of ’em says: ‘Boy, the food at this place is really terrible.’ And the other one says, ‘Yeah, I know, and such small portions!'”

Alvy Singer, played by Woody Allen in his 1977 Oscar-winning film “Annie Hall,” is instead played by 94-year-old Harry Miller. And instead of Diane Keaton, Annie is played by 74-year-old Shula Chernick. They’re appearing in a remake, a 30-minute version starring seniors, called “My Annie Hall.”

This new version has a life all of its own, still sticking to the original film’s witty banter and sexual humor. 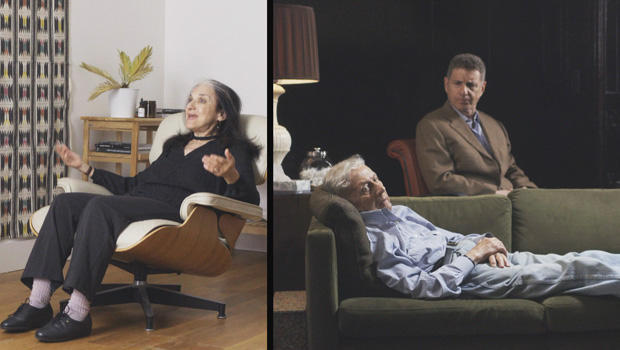 The project is the brainchild of millennial filmmakers Matt Starr, 29, and 25-year-old Ellie Sachs.

“When we were rewriting the script, we never wanted sex or their age to be a joke, or to be a butt of the joke,” said Starr.

“And never to be at the expense of age,” said Sachs.

It all began when he was visiting his grandmother, who has dementia. “She would look at me, and she would say, ‘How is school?’ And I’d been out of school for a few years. I’d answer. She’d turn away, take a bite. And she’d say, ‘So, how is school?’ And it just became these cyclical conversations. It’s really sad.”

But when they watched the classic film “Casablanca” together, he saw a big change in his grandma. “I noticed that she started reciting the lines,” he said. “And I was like, ‘Oh, that’s interesting.’ So, I played the role opposite her, and I started reciting lines back. I said, ‘This is a really great way to communicate.'”

“You found an entry point into her past, and communication,” said correspondent Serena Altschul.

Still, he didn’t know where to start until he talked to Sachs: “And I said, ‘I have this great idea. I have no idea how to do it.’ And she said, ‘Well, I do!’ That’s how it started.”

But it looked like curtains before it even began; ten senior homes rejected their idea, until they turned to the Lenox Hill Neighborhood House in New York City. “They got it,” said Sachs.

And seniors like Harry Miller and Shula Chernick, they got it, too. “I immediately said yes,” said Chernick. “I don’t know if I picked up on their enthusiasm, but it just seemed like such a creative topic.”

“The fact that they were willing to deal with older people,” said Miller. “And I said, ‘Well, we can do this.’ So we did!”

The seniors were shown several trailers to choose from. But the final vote was cast. “One of the things that makes ‘Annie Hall’ really special is that it’s a memory movie,” said Sachs. “And I think that the film as a whole really asks the question, ‘What do we choose to remember?'”

The project itself became something to remember.  What was going to be a simple remake filmed on an iPhone took on a larger undertaking. 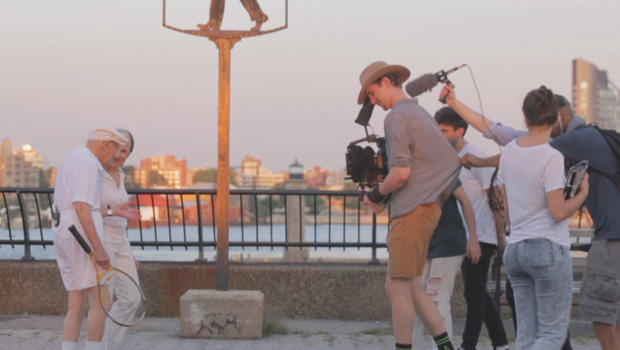 More than $10,000 was raised to turn their dream into a 20-person crew, and three months of shooting – not to mention pounds and pounds of live lobster.

The movie has only been screened a few times – and each time brings a wide smile to the face of its 94-year-old star. “My face filled a 20-foot screen – oh my God, I couldn’t believe it!” said Miller.

Alvy Singer: “That’s essentially how I feel about life: It’s full of loneliness and misery and suffering and unhappiness, and it’s all over much too soon!”

Nobody ever dreamed that Woody Allen himself would catch wind of the project. But in reading about their story in The New York Times, Starr and Sachs learned that Allen even gave it his blessing.

“I mean, my stomach dropped. It was crazy!” said Sachs.

Chernick said. “People are calling me a celebrity! I’ve been getting letters from people I don’t know!” 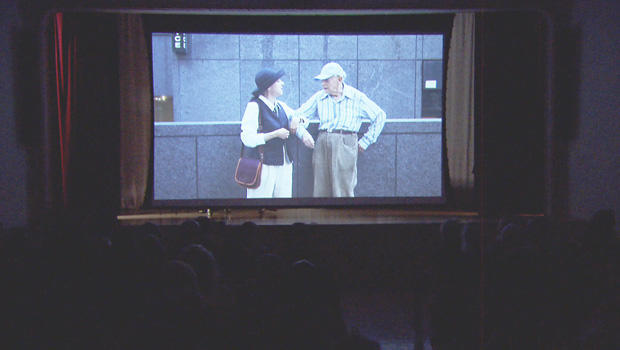 A screening of “My Annie Hall.”

Miller admitted that people are now calling him a star. “If they wanna call me a star, fine!” he laughed. “I say, ‘I deserve it!'”

But the happiest ending of all may be the special bonds forged between the young and old. With no one left in his family, Harry Miller now has surrogate grandchildren. Every week, the gang gets together for lunch, a stroll in the park, or even dance classes.

“Yeah, they adopted me as their grandfather,” Miller said.

Altschul asked Sachs, “What do we lose, as people, young people, who just don’t celebrate and appreciate what our elderly population has to offer? What are we losing?”

“I think we just lose the potential to make incredible friends,” she replied.

“It reminds me of another old joke: you know, a guy walks into a psychiatrist’s office and says, ‘Hey doc, my brother’s crazy! He thinks he’s a chicken.’ Then the doctor says, ‘Why don’t you turn him in?’ Then the guy says, ‘I would, but I need the eggs.’ I guess that’s pretty much how I feel about relationships. They’re totally irrational, crazy and absurd, but we keep on going through it because we need the eggs.”