As if they needed more bad luck! Will Halstead (Nick Gehlfuss) has no worries ahead of his wedding to Natalie Manning (Torrey DeVitto) … but maybe he should? In Us Weekly’s exclusive sneak peek of the Wednesday, December 5, Chicago Med episode, he’s all smiles when he walks into Natalie’s house with her son, Owen.

“Don’t you know it’s bad luck to see me before the wedding?” Natalie asks her husband-to-be after he tells her she looks beautiful in her wedding gown. When he apologizes, she beams, “I’m not superstitious, it’s all right.” 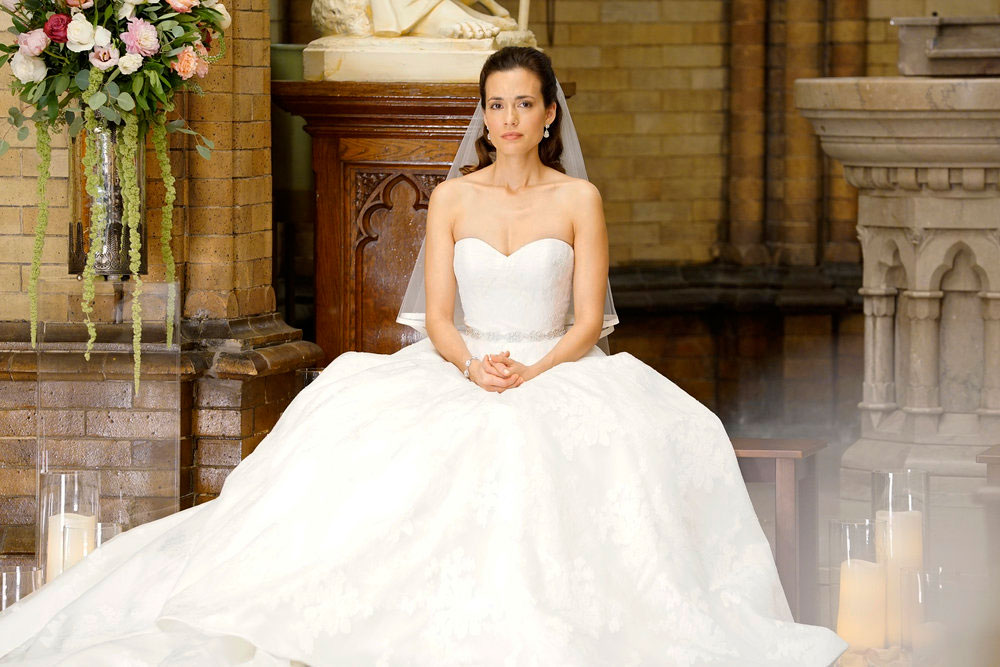 The couple seem more in love than ever when Will jets off to pick up his tux (nothing like leaving things to the last minute, Will!). However, while he’s trying out different cufflinks, he gets a visitor: Ray’s sons.

“Pop fell again. He’s dizzy, he’s not walking right,” Tim says to Will, who reminds the boys he’s getting married in a few hours and can’t help. Dr. Halstead then insists that they take Ray to the hospital, but again, they tell him their dad refuses.

With that, Will leaves the store – wearing his tuxedo – and jets off to help Ray.

Will he make it down the aisle? The Chicago Med midseason finale airs on NBC Wednesday, December 5, at 8 p.m. ET.