A GARAGE owner was left "gobsmacked" after EDF sent him a bill of more than £255,000 for just 42 days of electricity.

Graham Hill, 44, had his meter read on Monday and was expecting a bill with no charges as he had settled the outstanding balance. 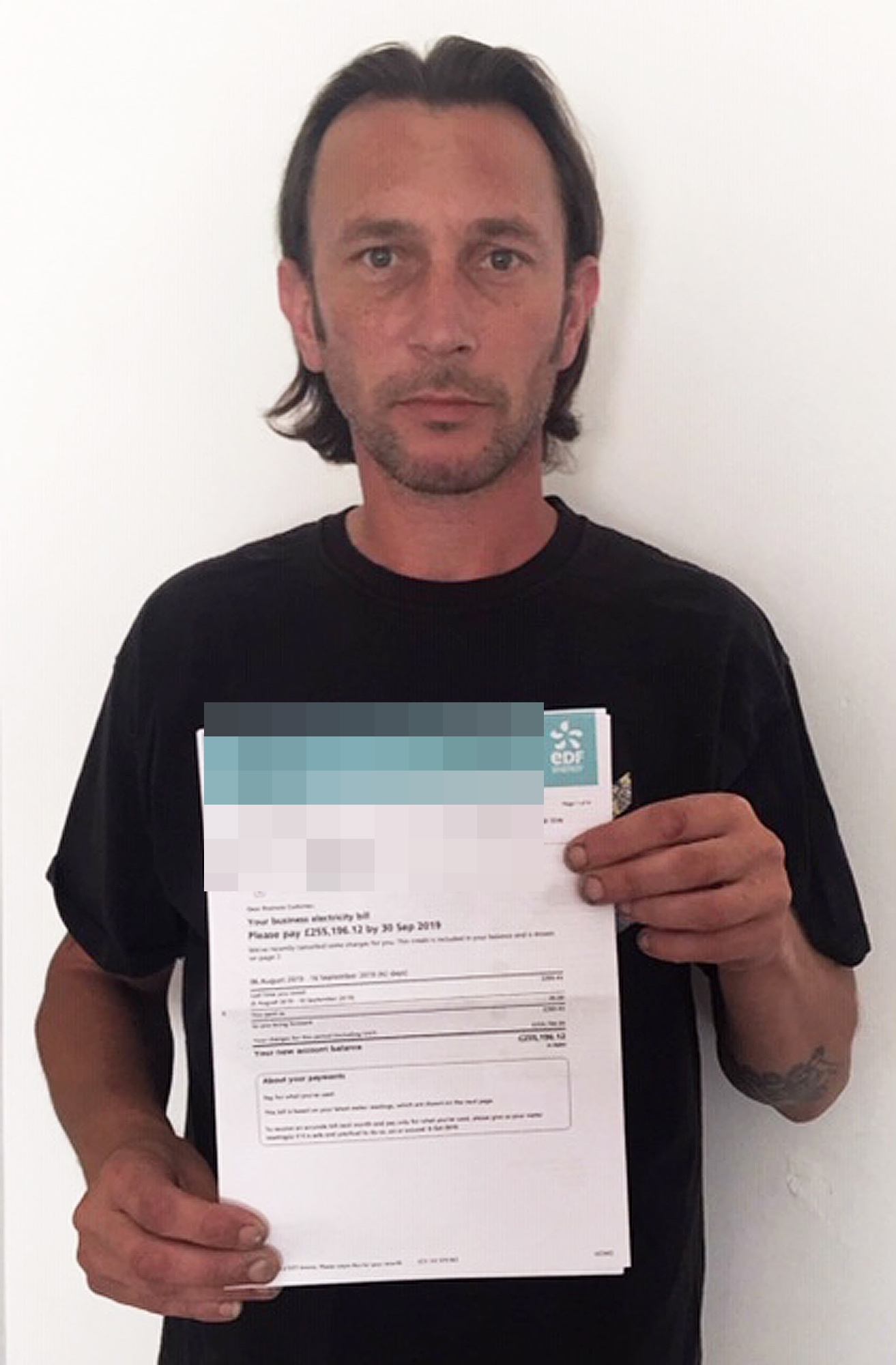 He said: "I took it next door and asked, 'Am I reading this right?'"

Graham, who is the sole worker in his garage in Exmouth in Devon, usually gets electricity bills of £30 per month.

He said that EDF had over-estimated the meter reading by abut £100 in the past, but "nothing in this league". 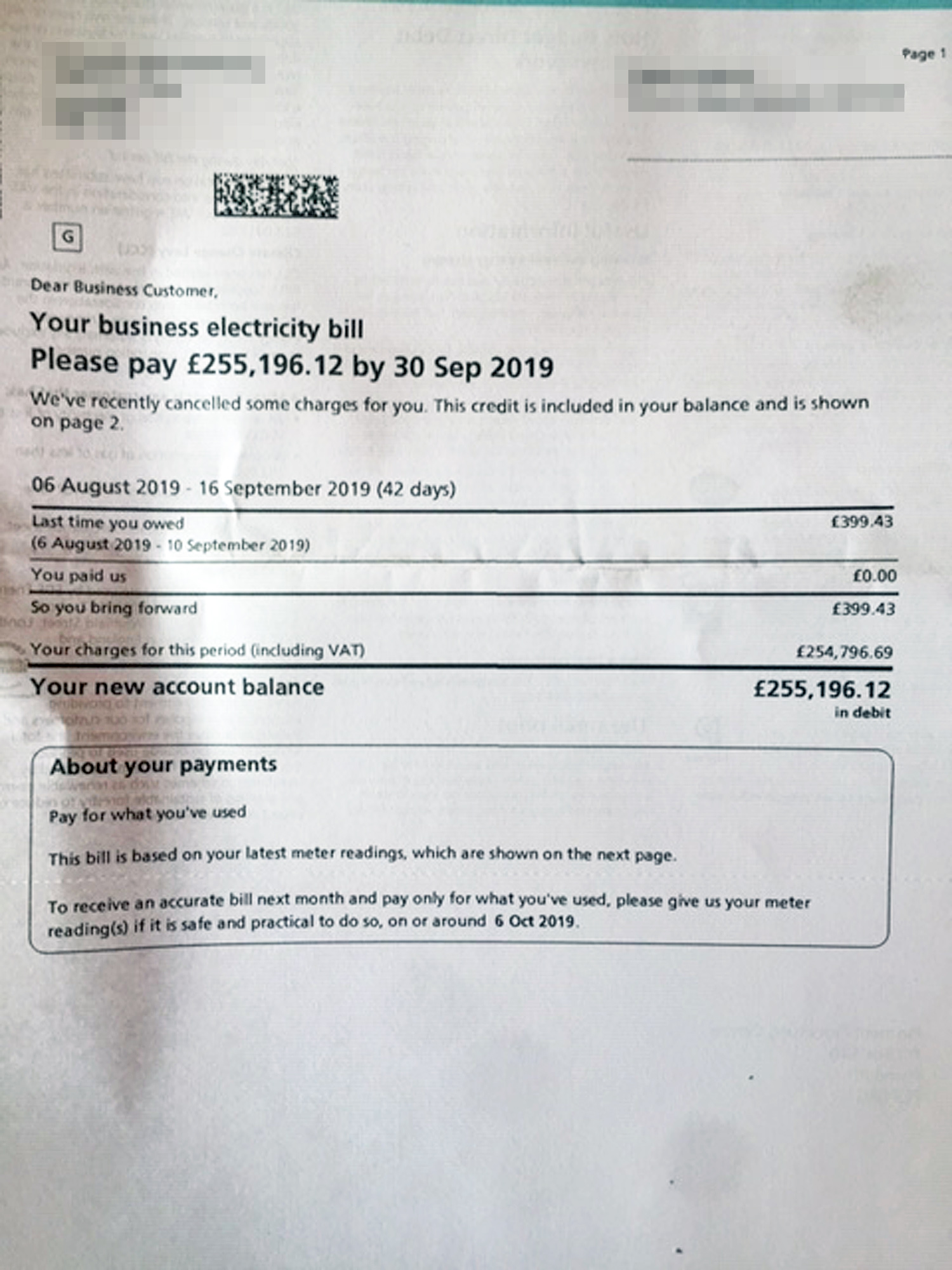 SPONSORED CONTENT: How to save £219 a year off your energy bills

BEAT energy price rises year after year with Switchcraft. It's free and it could save you an average of £219 a year.

News UK has a brand partnership with Switchcraft. The £5 will be paid into your bank account within four months of completing the switch. Prepayment meter customer customers will receive a £5 Amazon voucher. Open to those 18 and over. UK residents only. Click here for full T&Cs.

He said he's treating the bill as a joke and added: "Luckily I am that sort of chap but for someone more sensitive a bill for quarter of a million quid could tip them over the edge.

"You have to ask why the alarm bells didn't start ringing before the bill was sent out.

"If I had actually used that amount I would probably be getting a visit from the police."

Graham said he doesn't have a smart meter and instead lets the bills build up and usually pays when the total reaches £400. He pays 20.9p per kilowatt hour.

EDF told The Sun it was "deeply sorry for the obvious distress" and said that it has corrected the bill for Graham.

It added: "As our customers would expect we have tight controls to ensure that the bills we send are accurate.

"We have launched an investigation into how this happened."

A few months ago, The Sun spoke to a Vodafone customer who was charged £5,000 when her daughter, 10, made a 15-second TikTok video on holiday.

Meanwhile, another mum was recently left horrified after her eight-year-old son racked up over £3,000 on her credit card buying XBox game add-ons.

Plus, a furious tourist was charged £521 for just six pieces of calamari at a restaurant in Greece.