The grand finale! Game of Thrones will end with a jaw-dropping eighth season in April.

Although the cast and crew of the medieval drama have been tight-lipped about its ending, they have left subtle clues about what happens as the final battle for the Iron Throne nears.

He added: “It was like it was designed to make you think, ‘Right, I’m f–king sick of this.’ I remember everyone walking around towards the end going, ‘I’ve had enough now. I love this, it’s been the best thing in my life, I’ll miss it one day — but I’m done.’”

Emilia Clarke, who plays Harington’s love interest Daenerys Targaryen, also opened up about the show’s conclusion while speaking to Us Weekly and other reporters at HBO’s Emmys afterparty in September 2018: “Everybody has done a lot of crying filming the last season, so we’re all feeling very bittersweet and existential crisis-y, the usual.”

Another cast member who is sad to bid the show farewell is Peter Dinklage (Tyrion Lannister). “I had my last day on set back in July of this year … and it was very sad,” he told reporters during his Emmys acceptance speech for Outstanding Supporting Actor in a Drama Series in September 2018. “This is not only a great TV show to be a part of, but it was an enormous family to be a part of.”

Scroll down for all the details on Game of Thrones season 8! 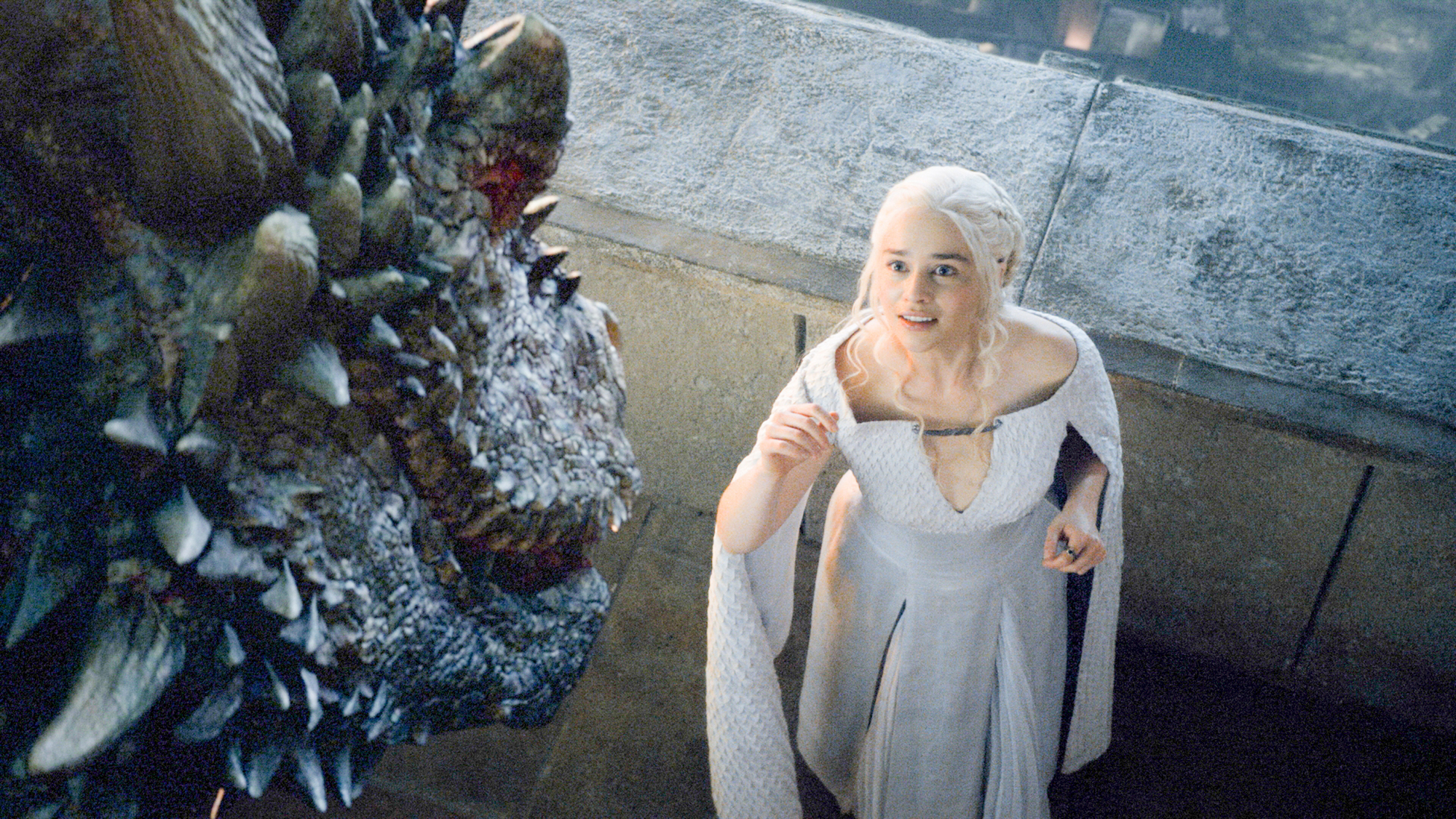 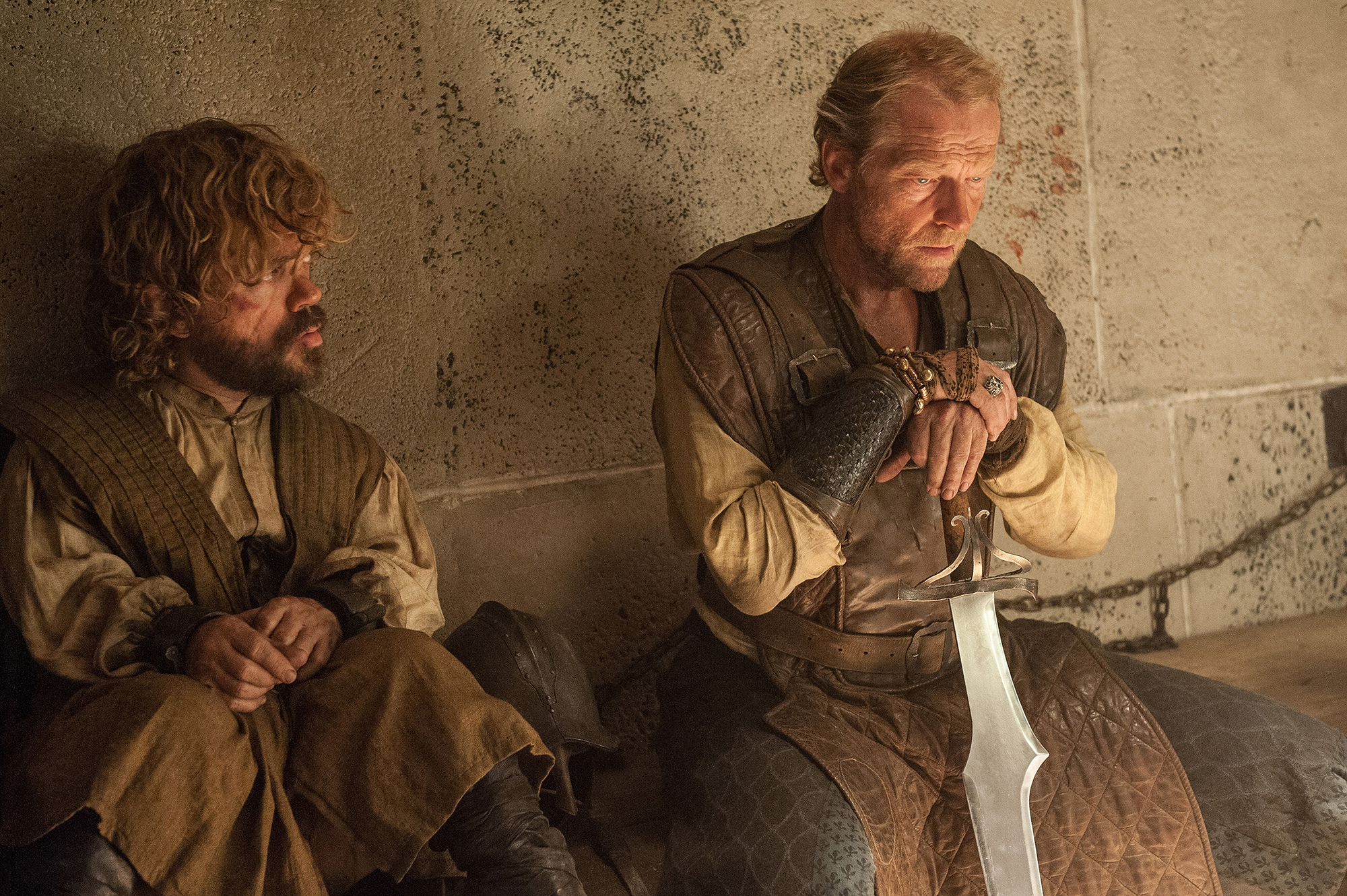 Iain Glen, who portrays Ser Jorah Mormont, told the Daily Express in September 2018 that the final six episodes are based on the series’ “best scripts” ever: “We all sat down for the read-through of six feature-length episodes. They took longer to film, cost more and feel more surprising.” 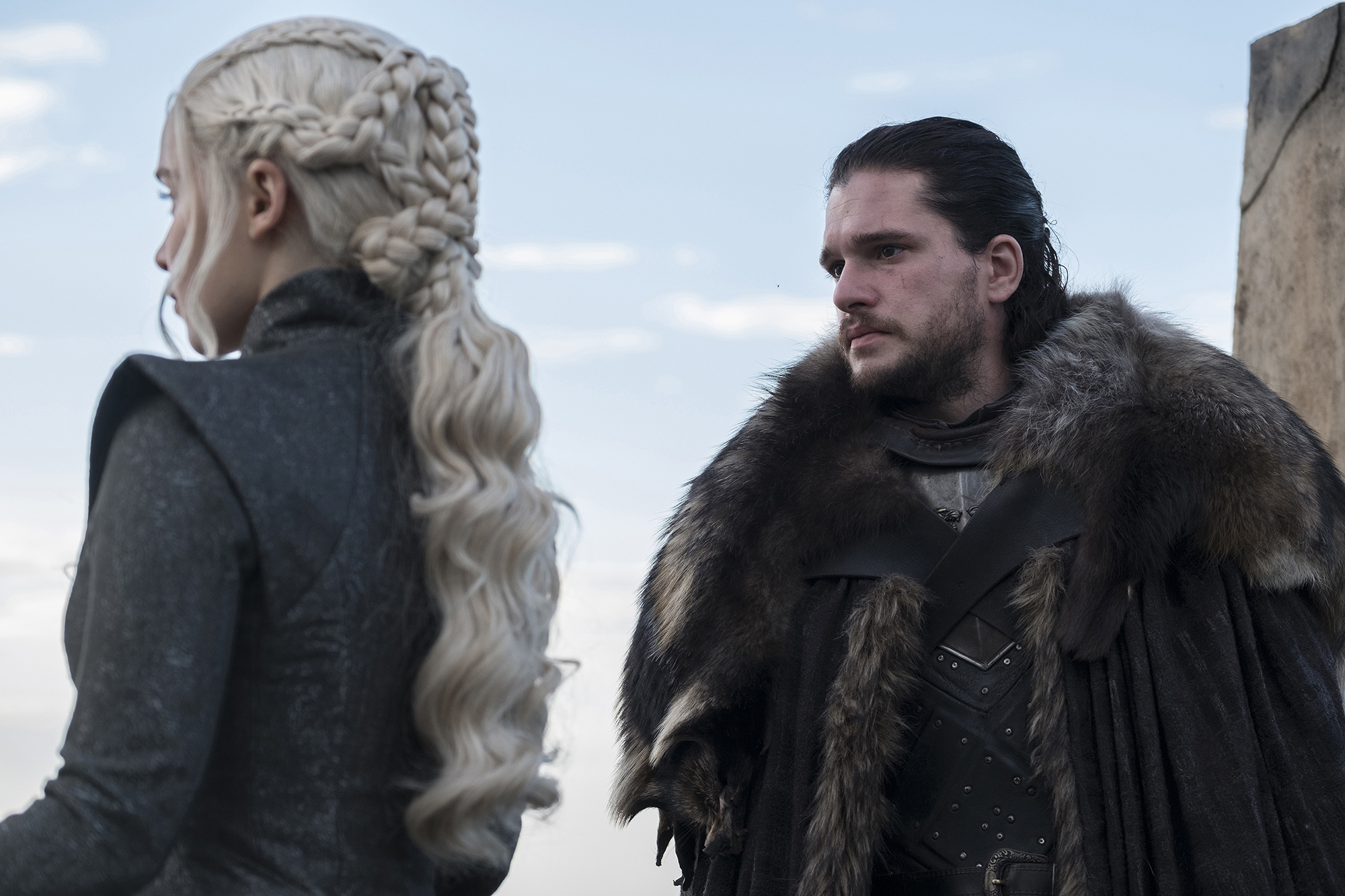 The cast hasn’t shied away from teasing the heartbreaking end to the series. “It f–ked me up,” Emilia Clarke (Daenerys Targaryen) told Vanity Fair in July 2018. Sophie Turner (Sansa Stark) added to IGN News in September 2018: “I think a lot of fans will be disappointed and a lot of fans will be over the moon, I think.”

Kit Harington (Jon Snow) revealed to BBC One in July 2018 that he “cried at the end” after reading the final script, while Nikolaj Coster-Waldau (Jamie Lannister) teased to The Wrap in August 2018 that “all the pieces fit into this massive jigsaw puzzle” once the series wraps. 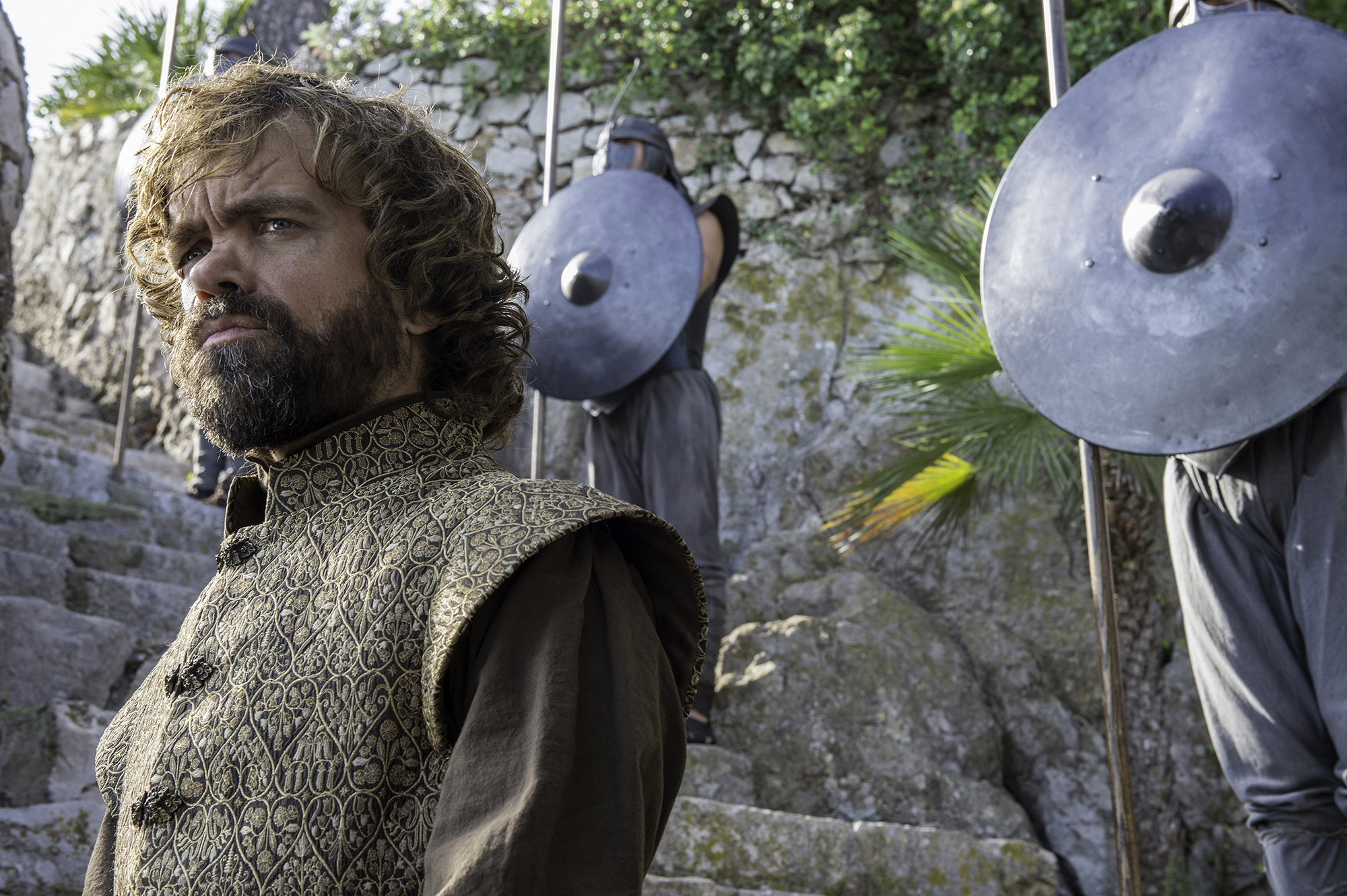 Peter Dinklage dished to Vulture in October 2018 that his character may not make it to the end: “I think he was given a very good conclusion. No matter what that is, death can be a great way out.”

Credit: Macall B. Polay/Courtesy of HBO 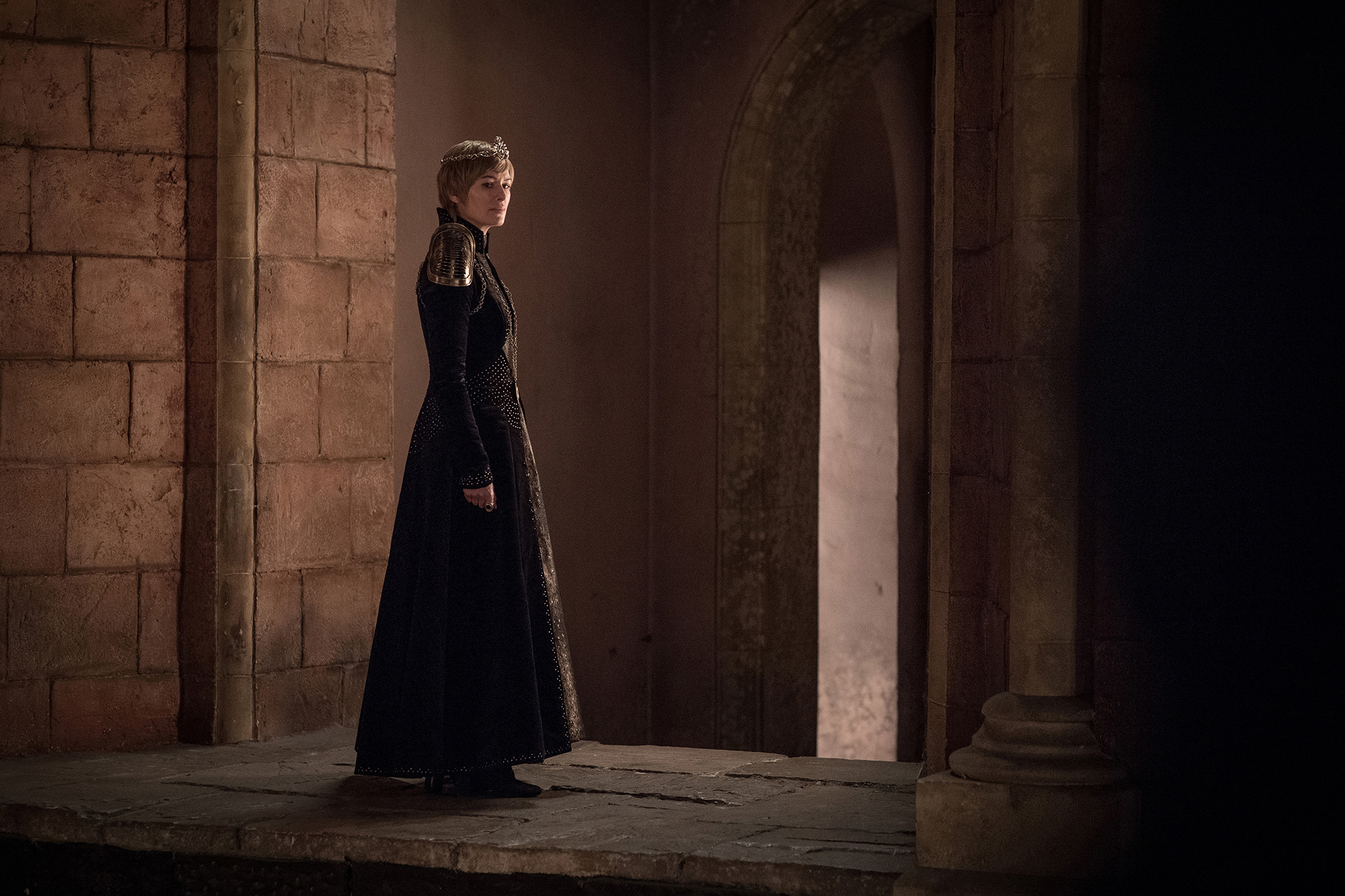 HBO’s programming head Casey Bloys revealed in September 2017 during a speaking engagement at Bethlehem’s Moravian College that the series was planning on taping “multiple versions” of the ending “so that nobody really knows what happens.” He added: “You have to do that on a long show, because when you’re shooting something, people know. So they’re going to shoot multiple versions so that there’s no real definitive answer until the end.”