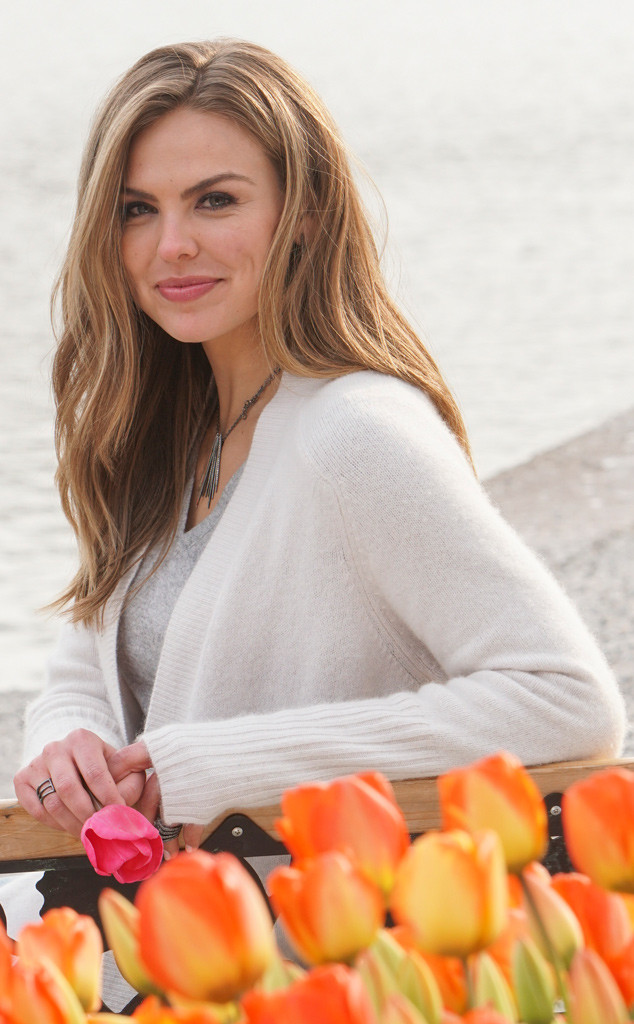 It’s been quite a year for Hannah Brown.

“Honest policy: I’m struggling,” she began. “Life is so different. Since last August, I’ve been a pageant queen, a Bachelor contestant, and the Bachelorette. I’ve been in love with multiple people, I got engaged, I broke off an engagement, and I shared it all with millions of people. My faith has been questioned by thousands who don’t know my heart, and my transparency with my decisions has labeled me promiscuous. Simultaneously, I’ve become a role model for young women and started bigger conversations around faith, and sex.”

The season 15 star then revealed she’s living on her own for the first time and “shuffling through this life of next steps with press, media and opportunities galore.”

“I miss my friends and family that have watched my life explode,” she continued. “I feel guilty because I don’t have the time or emotional capacity to fill each of them in on my life right now. I can’t keep up with the people that matter most, because I can barely keep up with my own life right now. I am not complaining about this past year of adventures.”

In addition, the Alabama native opened up about how she’s evolved over this past year and how she continues to do so.

“The woman who has emerged would shock the mirror-image young girl from a year ago,” she added. “I have so many blessings to be thankful for. However, it’s uncharted territory for me, and it’s been hard to really process what the heck is going on. Maybe I needed [to] write this out to remind myself I’m human and it’s okay to be overwhelmed. And maybe, I just needed to remind you guys, too. Life is beautiful, but wild. I think it’s okay to be strong—to know you’re strong but to still feel weak simultaneously. I believe that’s when the magic happens. My spirit has opportunity to grow and blossom from this place. Healing and restoration can happen.”

Near the end of her post, Brown opened up about how she’s leaning on her faith.

“I can rest knowing that My Savior has compassion and wants to help and love me through this journey,” she wrote. “I’ve just got to let Him. I don’t know if I have been lately— but I am now because honestly, I think I would give out if I didn’t. So yeah, I’m not going to struggle to disguise my weakness— I’m just gonna give over the keys to my main man Jesus and let him bless me through this ride. Isaiah 54:10.”

Of course, she received tons of support from her franchise family.

“Nailed it,” Colton Underwood wrote in the comments section. “Keep being you HB…proud of you!”

“So much truth in this post!!” Cassie Randolph commented. “I could not have said it any better. Life is wild but beautiful. And so unexpected. It’s hard to complain because there is so much good, but it’s also easy to get overwhelmed. I think the biggest thing is searching for balance…Which is MUCH harder to find than one would think! Thanks for this nice little reminder and you’re doing such a great job with everything :).”

This past year has certainly been an emotional roller-coaster ride for Brown. Fans met the reality star on Underwood’s season of The Bachelor. She then went on to hand out the roses on the most recent season of The Bachelorette. She ended up accepting a proposal from Jed Wyatt; however, she called off their engagement after learning he had been dating another woman before coming on the show.

However, her journey to find love didn’t end there. During The Bachelorette: After the Final Rose, Brown reunited with Tyler Cameron and asked the runner-up if he’d like to grab a drink. Just a few days later, he spent the night at her place. While many fans thought the two were ready to give their relationship another go, that all changed after Cameron was spotted hanging out with Gigi Hadid.

It looks like Bachelor Nation will just have to stay tuned to see what’s next for Brown.