Have YOU been hanging Christmas lights the wrong way? Interior design expert reveals why you should always string them VERTICALLY on the tree

Stringing lights may be the least enjoyable part of decorating a Christmas tree, but that could be because people are doing it all wrong.

Most people are taught from an early age to wrap the lights around the tree, going from the top and working your way down to the bottom (or vice versa).

However, there may be a better way than the traditional — and often frustrating — method. Hanging them vertically may be the solution to the most common Christmas tree woe.

See the difference? Most people wrap their lights around the Christmas tree (left), but interior designer Francesco Bilotto insist you should hang them vertically (right) 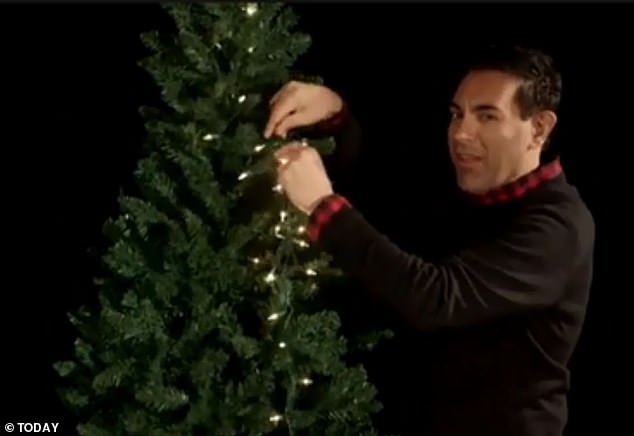 Trick: Bilotto (pictured) said the technique ensures that your tree will twinkle from all angles

For years, designer and entertaining expert Francesco Bilotto has been saying that Christmas tree lights should be hung vertically, a tried-and-true method that he swears by.

He told House Beautiful that it is better to hang the lights vertically rather than horizontally because it ensures the bulbs won’t end up hidden in the tree.

‘This way every tip of your tree, from branch to branch, will twinkle with delight,’ he explained.

The design expert recommends taking the end of the lights — the side that doesn’t have the plug — and placing it at the top of the tree.

Pull the lights down vertically and weave them into the tree until they are hanging at the bottom. Move them over three or four inches and work your way back up until you get to the top. 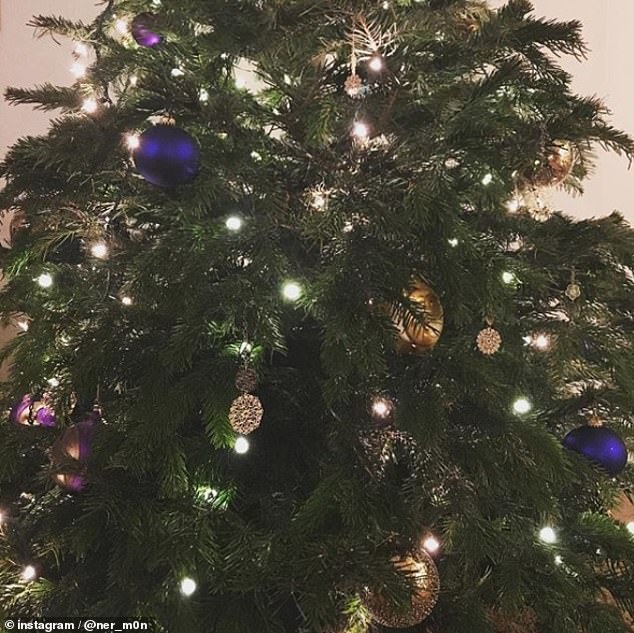 Claims: Bilotto also said his method makes it easier to remove the lights when disassembling the tree after the holiday 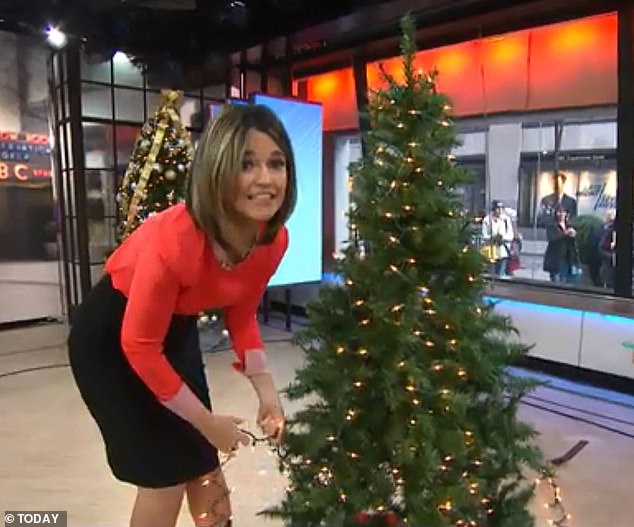 How’d she do? Savannah Guthrie (pictured) tried out the technique for herself on the Today show in 2015

Repeat the process until the entire tree is covered — and, hopefully, sparkling from every angle.

‘Another added bonus is when you dismantle your tree and take off the lights, it’ll be easier and less messy to remove strands from the exterior of the tree — rather than fighting a stubborn almost dried branch,’ he said.

Bilotto also has a trick for arranging ornaments, advising people to ‘hang your shiniest ornaments deeper inside the tree and the light will reflect off of them.’

The interior designer’s vertical lights technique has been around for a couple of years now, and Savannah Guthrie put it to the test on the Today show in 2015.

The now-anchor tried out the method while live on air with pretty impressive results.