The world of dating can be tough to navigate, and breakups are even harder — especially if you’re trying to move on from a past relationship. You might be having a great week and feeling optimistic about your love life when suddenly, you get a text from your ex. Talk about confusing! To find out what it means when your ex is still texting you, I spoke with some real life relationship experts.

What’s going on when your ex sends you a random text or when they start messaging you on a regular basis? Do they want to get back together or are they just looking to hook up? According to Rachel MacLynn, chartered psychologist and founder of the Vida Consultancy in London, the first thing to consider is how fresh the breakup is. "The meaning of the texts will be partly dependent on the length of time that’s passed since the breakup and who instigated the breakup," she explains.

Texts from someone you broke up with last week most likely hold a very different meaning than those from someone you dated months or even years ago. Bela Gandhi, president at Smart Dating Academy, agrees that texts from your ex "could mean a variety of different things." She explains that it really depends on the circumstances of your breakup, and what exactly your ex is texting you. 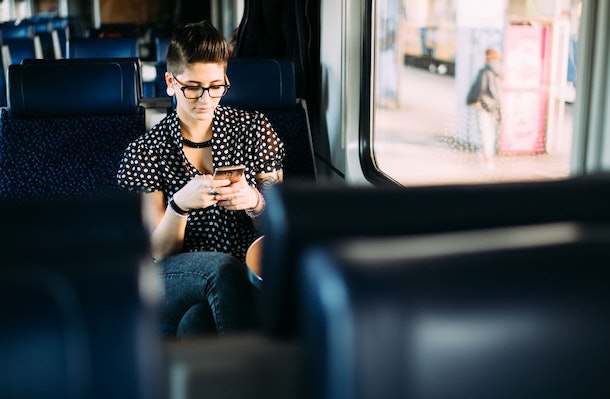 Gandhi says that if the texts are generally vague and there isn’t a blatant attempt from your ex to meet up or talk things over, they "might just be breadcrumbing you with no intention of actually doing anything," she explains. Also, take note of the time of day they text you, because a late-night "U up?" might just mean that they’re looking to hook up.

She also points out that there will be a huge difference in what a text means depending on who broke things off. "If you’re the one who broke up with your ex, they might be heartbroken still and miss you," Gandhi adds. However, if your ex-bae was the one who ended things with you, their intent could be a little more low-key. They might be bored, miss you, or "feel guilty for breaking up with you."

According to Dr. Alexandra Solomon, clinical assistant professor and staff therapist at Northwestern University and author of Loving Bravely: 20 Lessons of Self-Discovery to Help You Get the Love You Want, texts from your ex might mean that "the breakup was a fuzzy one." She says that when it comes to ending a relationship, it’s important to be clear about what the boundaries are. Were you and your ex planning to remain friends? Did you unfollow each other on social media? Have you discussed getting back together? If these parameters haven’t been established, your ex might be fishing for some clarity. 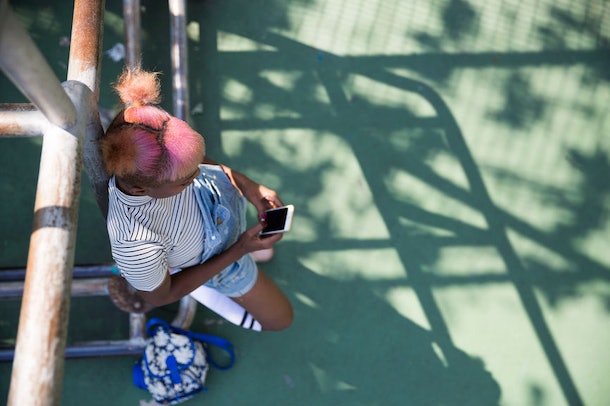 You might be wondering if your ex’s text messages mean they want to get back together. "If they’re texting you that they want to hang out, that they miss you, that they’ve made a mistake … then they want to get back together," Gandhi tells Elite Daily. So, messages explicitly saying that they have regrets about the split or that want to see you should be taken at face value. But, she warns, "if someone is only texting you between 10 p.m. and 1 a.m., this is probably not a person who’s looking to be in anything serious with you."

If you suspect your ex wants to get back together, Dr. Solomon recommends directly asking them what’s going on in their head when they text you. "You could say something like, ‘It seems like we’ve been texting a lot lately, and I just want to check in with you,’" she suggests. Maybe you can ask you ex if they’re open to talking about what you want, need, and expect from one another.

Dr. Solomon recognizes that this is easier said than done. "I think there is immense pressure to be chill and drama-free, and that pressure can keep you from having a conversation like this," she adds. But asking your ex to clarify their messages is a completely valid request. Confusion is the last thing you need when you’re trying to heal from a past relationship. 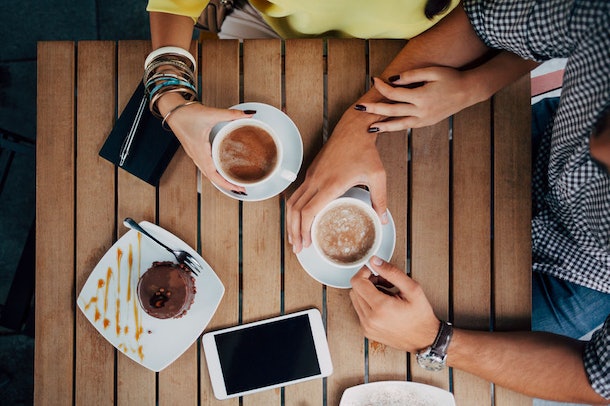 On the other hand, it’s possible that you know you want to move on. If that’s the case, is it OK to text them back? MacLynn says that it’s fine as long as you make "your intentions clear to your ex." She notes that "texting is notorious for misinterpretation," and recommends saying something like, "I’m glad you’re doing OK and that we can be friends."

Dr. Solomon believes that "keeping a text thread going is a way of avoiding the grief that comes when we really accept that a relationship is over." So if you’re looking to get over your old boo and move on with your life, regular contact probably isn’t the way to start the healing process.

Gandhi adds that if you know you’re done with the relationship, you should be really cautious about engaging with your ex via text message. You may have to send them a text along the lines of "Please respect my wishes and please don’t contact me," she says. If you’ve been clear about wanting to cease communication with this person and they keep hitting you up, she recommends ignoring their texts and blocking them if you have to. And of course, there’s always, "New phone, who dis?"

If you were in love with this person, it can be really hard to know what their texts mean and how to respond. Talking after a breakup can feel good in the moment, but it may also lead to regret, confusion, and hurt feelings. While certain clues can be deciphered from your ex’s text messages, keep in mind that if someone wants to be with you, they’ll probably make it clear.

Sometimes, a clean break is the only way to start living your best life post-relationship, and others, friendship is totally possible! Texting your ex can be comforting when you’re lonely, but it’s not always sustainable. Keep your head up and keep your heart open to something new. It will get easier!