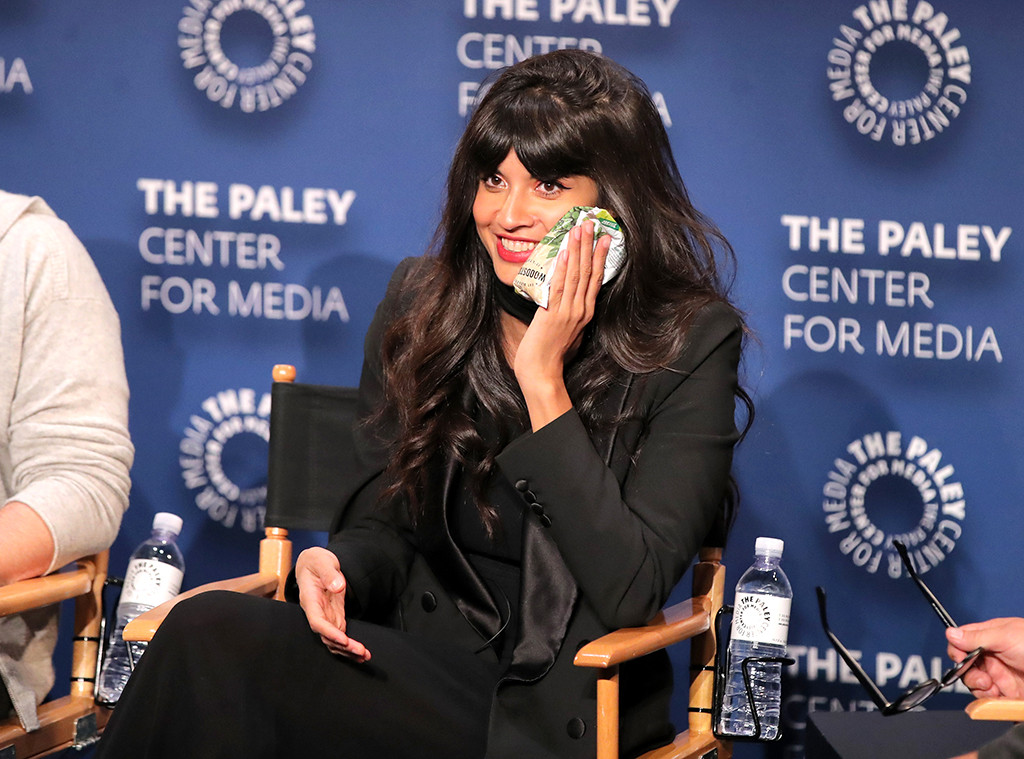 Now that’s dedication to your job!

Jameela Jamil showed up “s–tfaced” to an event but she had a great reason and a functional fashion accessory to boot.

The 33-year-old The Good Place actress had extensive oral surgery on Thursday. On Friday, she made a scheduled appearance at a PaleyFest panel for a new TBS game show she is set to host, The Misery Index while under the influence of powerful painkillers and while wearing…a bag of frozen peas.

“Peas but make it fashion,” Jamil wrote on Friday in an Instagram selfie video post showing a black sash attaching the bag to her jaw.

“Three teeth out and jaw and gums surgery yesterday, and I’m STILL going to work,” she wrote.

She later appeared at the panel while holding the bag manually to her jaw.

Three teeth out and jaw and gums surgery yesterday, and I’m STILL going to work. ??

Three teeth out and jaw and gums surgery yesterday, and I’m STILL going to work. ??

“S–tfaced,” she wrote, alongside a photo of herself at the event.

“Don’t go to work on painkillers without your teeth,” she wrote.

The Misery Index also stars star the four members of The Tenderloins comedy troupe from truTV’s Impractical Jokers. The show premieres on October 22 on TBS.