The secret to hiding the lockdown lumps! For years it’s been sniffed at as a clunky 1970s hangover but top author JANE GREEN reveals how the corona crisis has made the kaftan cool again

When Adele posted a video of herself at the weekend dancing in the bespoke Chloe kaftan she first wore to perform at Glastonbury in 2016 — when she was 7st heavier — my heart soared.

It confirmed what I have known for some years: that this elegant ensemble can get a girl through large and lean times.

And I should know. Some time around my late 40s, when the menopause hit, my waistline went AWOL and hasn’t been seen since.

In fact, my entire body changed, from something of an hourglass figure to more like, if I’m totally honest, a tank. 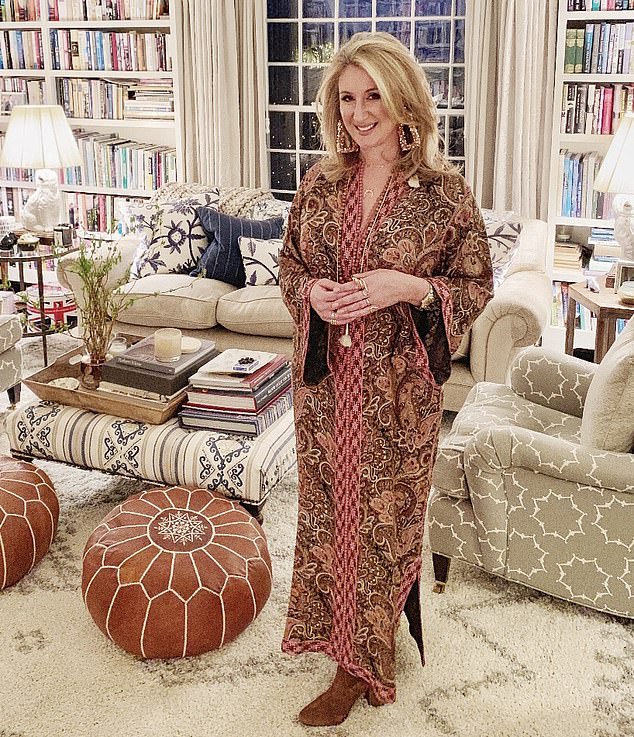 When Adele posted a video of herself at the weekend dancing in the bespoke Chloe kaftan she first wore to perform at Glastonbury in 2016 — when she was 7st heavier — my heart soared, writes author JANE GREEN 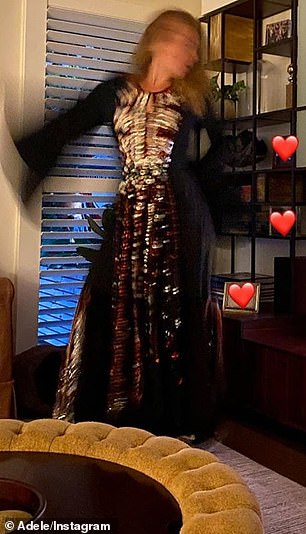 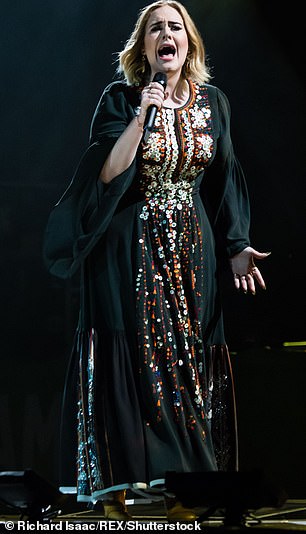 Adele’s outfit (left last weekend and right in 2016) confirmed what I have known for some years: that this elegant ensemble can get a girl through large and lean times

I lost my curvy bottom and substantial thighs and ended up with slim legs and a rather large middle.

I had no idea how to dress this new body of mine. All the clothes that once suited me looked terrible.

At about the same time, I became slightly obsessed with the 1970s.

I had long admired the pictures Patrick Lichfield took of Talitha and J. Paul Getty Jr on the rooftop of their palace (nicknamed the Palais du Plaisir) in Marrakech — Talitha resplendent in bohemian tunic and beads, her husband standing behind her in a traditional flowing robe. 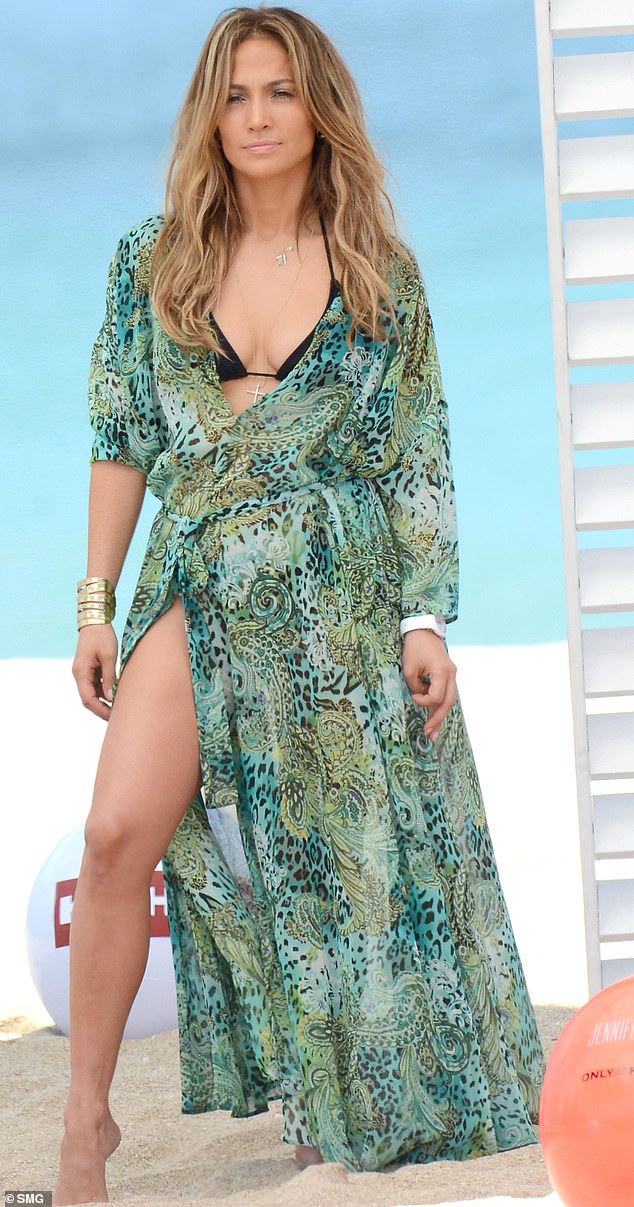 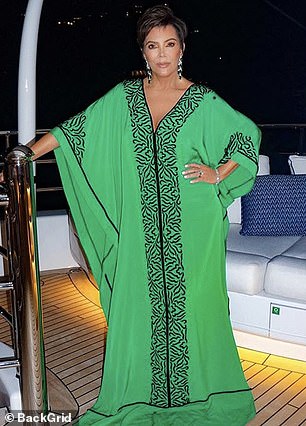 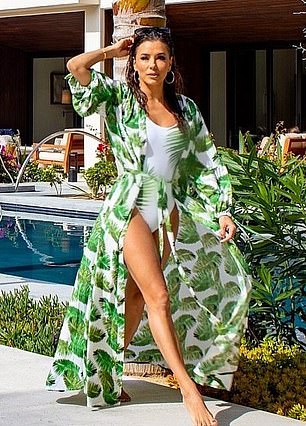 Two years ago, for my 50th birthday, I threw a Moroccan-themed party. I found a fabulous kaftan online, which, when it arrived, was not — as so often happens with online purchases — made in China of shiny polyester, but of silk.

It slipped over my head like butter, slithered down my body and elegantly covered a multitude of sins.

With large earrings and necklaces, it wasn’t quite Talitha Getty but it felt all kinds of fabulous. 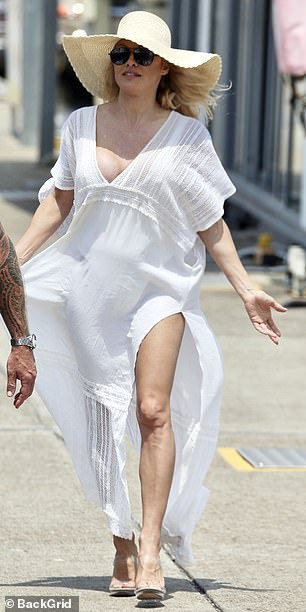 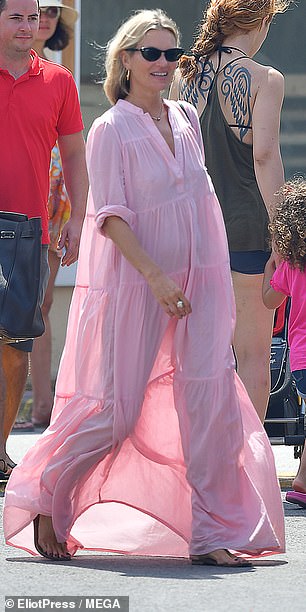 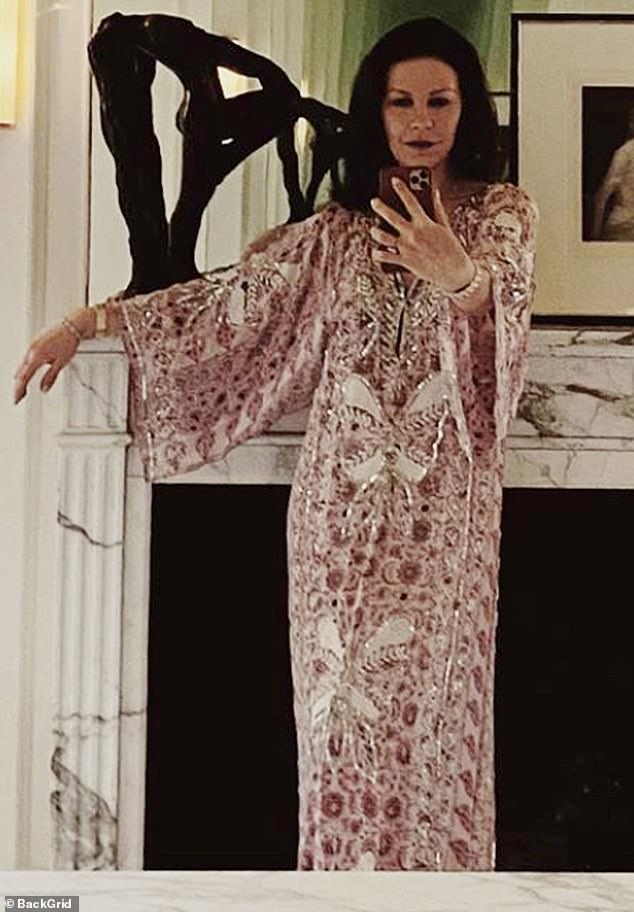 Picture of elegance: Catherine Zeta-Jones shows off her vintage kaftan on social media

Best of all, I have never worn anything quite so comfortable.

No peeling off skin-tight trousers at the end of the night, my stomach etched with a horizontal red line where the waistband has cut into my skin.

No having to leave parties early because the jeans were too tight and had given me a stomach ache.

No having to suck in my tummy when I walk into a room to ensure I give a good first impression. Under the kaftan, all is happy, comfortable and free.

Last year, we finally made it to Morocco.

I sighed in delight at the embroidered kaftans in the Yves Saint Laurent museum, and my pocket felt the pain in the boutique shops of the Riad Kniza, where I bought enough flowy kaftans to see me through middle age and possibly through the rest of my life. 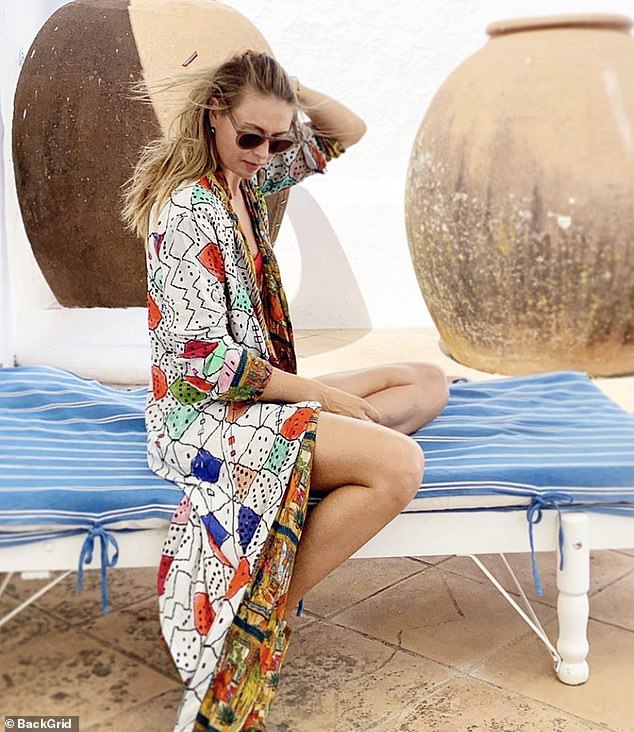 Since my return, I have fully embraced the joys of the kaftan.

And it seems that, like Adele, I have been ahead of the curve, for it is the biggest fashion trend of the summer — very helpful for those of us who put on an average of 8lb during lockdown.

From Kris Jenner, Elizabeth Hurley and Patsy Palmer to famed stylist Rachel Zoe, everyone is wearing a kaftan.

I throw on casual cotton ones as beach cover-ups and more elaborate ones in the evening.

My favourites are not the super-expensive ones you find on designer websites but the cheap, wafty ones I find on Etsy — perfect for adopting a bit of St Tropez chic.

They are the perfect outfit for lounging around at home or hosting socially distanced gatherings.

I will confess there are days where I am probably more Margo Leadbetter (of TV’s The Good Life), than smouldering Hollywood actress, but that’s fine with me.

Perfection isn’t necessary. It’s the yards and yards of flowing, forgiving fun that I love.