Things definitely seem to be heating up between Jenna Dewan and her new boyfriend, Steve Kazee. As Cosmopolitan pointed out, Kazee left a fun message on Jenna Dewan’s Instagram post, proving this couple is one of the cutest in the game right now.

The Instagram account Comments By Celebs highlighted Kazee’s message in a comments round-up post published on Dec. 2. His comment was left on Dewan’s post showing off one of the looks from her Danskin apparel line. The Step Up actor asked her followers, "Have you found your favorite yet??#jennadewanxdanskin." According to her boyfriend, he’s definitely found his favorite.

Kazee replied to his girlfriend’s post and wrote, simply, "Yes. I have," obviously implying that he’s found his "favorite" in the form of Dewan. I’ll pause so that you can fully take in just how cute that is.

Even though Dewan and Kazee haven’t been dating for that long — they were only confirmed as an item in late October — it seems like they’re really moving right along in their relationship. The pair was first linked together on Oct. 30, according to a report from The Blast. While it was previously reported that the dancer was seeing someone new after her split from Channing Tatum in April, her significant other’s identity had yet to be confirmed prior to The Blast’s report.

The Blast did not report exactly how Dewan and Kazee originally met, but they did provide some details about the new pairing. According to the publication, the couple recently started seeing each other and Kazee, who is a Tony-winning Broadway star, is "excited" about the new match. They also reported that the pair had a lot of fun together during the Halloween season, as they hung out with her friends at the haunted Hayride in Griffith Park and went to the Casamigos Halloween bash.

As previously mentioned, Dewan’s new love connection comes after it was reported back in April that she and her husband of eight years, Tatum, had split. At the time, they released a joint statement on Instagram, highlighting their decision to part ways and their dedication to raising their daughter, Everly, together. They wrote, in part: 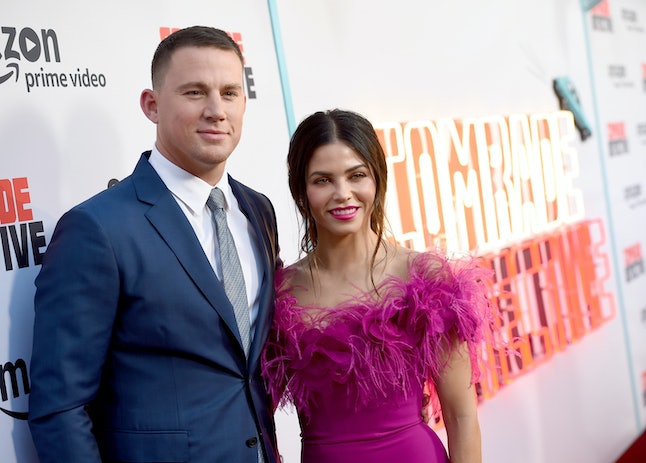 Like Dewan, Tatum has also moved on following the split. According to an Us Weekly report from early October, the Magic Mike star is dating singer Jessie J. And it seems like things are going really well for the couple. In addition to the actor attending many of Jessie’s shows, he even brought Everly along to one of them on Nov. 1, per E! News. It definitely sounds like things might be getting serious between Tatum and the "Domino" singer if she’s already meeting his daughter.

Even though fans may have been heartbroken by their split at the time, it seems like everything is going well for both Dewan and Tatum as they move on in their new relationships. And that’s all that matters.