KATE MANSEY: When I had a miscarriage, I couldn’t have coped without my husband’s loving hug

Alone, frightened, shocked and left feeling totally helpless at the most vulnerable point of their lives – that’s how hundreds of women have described suffering the cruel indignity of having their partner banned from their bedside during labour.

No matter how caring, experienced or dedicated the nursing and midwifery staff around you may be, they are still strangers.

For in reality, few women are lucky enough to recognise the midwife helping them at this life-changing moment.

Even fewer will have received medical support during labour from someone who has cared for them during their pregnancy. 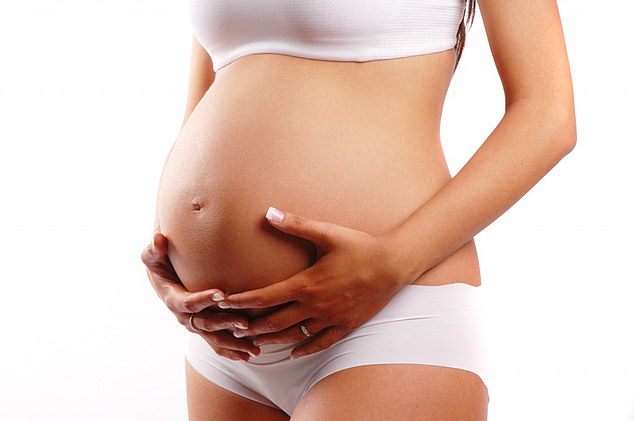 Alone, frightened, shocked and left feeling totally helpless at the most vulnerable point of their lives – that’s how hundreds of women have described suffering the cruel indignity of having their partner banned from their bedside during labour (stock image)

It is all so unnecessary. Yes, we need to be vigilant about spreading Covid-19 around hospitals, but by instigating these risk-averse measures, some NHS Trusts have deprived women of basic human decency and comfort.

That any woman has had to go through labour and scans – even happy ones – without a partner, family member or close friend by her side, makes me livid.

And what of the men? Why should they be locked out while their partners go through all this, and even recover from surgery, alone.

This is 2020, not the 1950s when men paced the corridors anxiously waiting for news of a safe delivery. It is cruel beyond belief. I’m furious on their behalf and appalled that anyone should be treated like this.

Each labour is unique and, after hearing war stories from many friends, I can confirm with confidence that no two experiences are the same.

But one part of the story is always identical – that a partner, friend or relative’s presence at the birth is absolutely vital.

That support, of course, goes way beyond fetching cups of tea and remembering the hospital bag full of Haribos and nappies.

Your partner is an advocate. This is the person who will stand tall, puff out their chest and firmly reiterate your increasingly desperate demand for an epidural while you are on all fours, biting down on a gas and air inhaler and utterly exhausted after 36 hours of agonising labour. 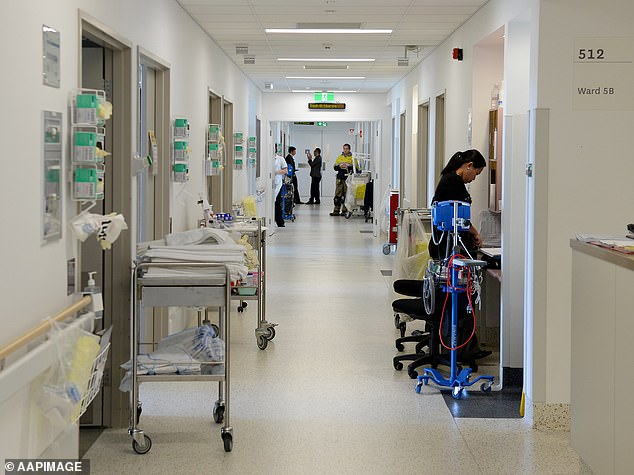 No matter how caring, experienced or dedicated the nursing and midwifery staff around you may be, they are still strangers (stock image)

Studies show that the presence of a partner during labour means a woman is more likely to have a straightforward birth, as they offer physical as well as mental health benefits.

In 2018, the World Health Organisation launched a major study to improve the health of women and babies and issued 56 recommendations.

Right at the top of the list – recommendation number one – is that a woman ought to have ‘continuous support’ during labour, while number three states that a woman should be permitted ‘a companion of choice’. These even take precedence over recommendations to check fetal heartbeats and cervix dilation. It’s not just labour, of course.

During the pandemic, partners have often been excluded from all the highs and lows of pregnancy – the tests and scans which they would otherwise ordinarily attend. In my case, I know I couldn’t have coped without my husband at my side during these seemingly routine check-ups.

How lucky I am to be the mother of two children, but the most painful moment of my life was not while giving birth to either of them. It was a sunny March day a few years ago when, giddy with excitement, my husband and I dropped our son at nursery and made our way to hospital for a 12-week scan of our second baby.

All the signs were wonderfully reassuring: there was the dreaded morning sickness and the fact that my work dresses were already being forced to stretch around a growing baby bump.

As the sonographer started the scan, my husband held my hand and we were naturally thrilled to see the image of our perfect little baby beamed on to a huge wall-mounted cinema screen. Such relief! Such joy!

But the sonographer fell silent, brought a colleague in for a second opinion and then broke the news that, sadly, our baby had no heartbeat. It was what they call a ‘missed miscarriage’. I went into a deep state of shock while still staring at the image of our baby on the screen.

I could see the sonographer’s lips moving but I couldn’t hear anything at all. I know that if I hadn’t had my husband by my side, I would not have been able to get off the bed or walk out of that room.

Another scan followed in a different part of the hospital which confirmed what we already knew.

We were guided to a bereavement room where a kind nurse came to talk to us. I was devastated. Crushed. After surgery a few days later, my husband was there to pick me up. No words were needed – there was nothing to say – but his hug meant everything.

That any woman should have to go through all that without someone to hold her hand, scoop her up and give her a hug… well, it breaks my heart. I’m sure it would break theirs. I went on to have two more miscarriages and many more scans. Thankfully my husband attended every appointment, except one when my mother was by my side.

When I eventually gave birth to a second child, the midwives were fantastic but I saw a new side to my husband, who morphed into an inspirational sports coach, tirelessly cheering me on.

The support and strength I drew from him was tremendous. So thank God for those who have had the courage and decency to stand up and contest these draconian measures.

For if these NHS Trusts seriously think that women and the men who love them will stay quiet and put up with this, they are desperately mistaken.