Cabbage Patch Kids are an iconic piece of American pop culture, but their legacy isn’t nearly as innocent as the toys themselves. Laura Dern and Issa Rae are teaming up for The Dolls, an upcoming HBO limited series which the two will star in and executive produce. The series will revisit an strange time in America’s history, and one which isn’t often talked about. Dubbed "The Cabbage Patch riots," altercations between customers broke out across the country in 1983 as they tried to get their hands on the dolls. While the premise feels humorous, it seems Dern and Rae will go deeper and use the events to speak to the more concerning societal issues that lied at the heart of the craze.

The series, set in 1983, will explore "class, race, privilege and what it takes to be a ‘good mother,’" according to Deadline. Although riots over the dolls broke out in numerous states over the fall and winter of 1983, The Dolls, inspired by true events, will specifically revisit the aftermath of Christmas Eve riots in two small Arkansas towns that year. The two HBO vets (Dern stars in the award-winning Big Little Lies and Rae co-created and stars in Insecure) will definitely get people talking with this one. 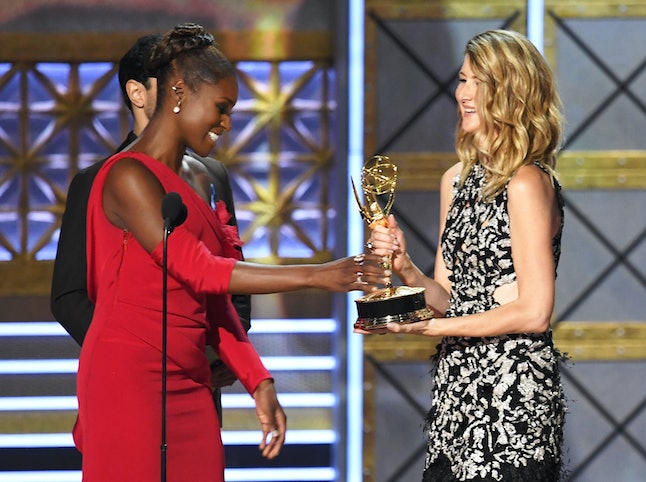 So what exactly were the Cabbage Patch riots? Cabbage Patch kids became a cultural obsession in the early ’80s, and the demand for them grew exponentially, causing thousands of customers to want the toys for the holiday season. However, the stores didn’t have enough supply to meet the demand, causing massive upheaval among consumers. Major retailers of the time like Sears, J.C. Penny, and Macy’s experienced riots including pushing, shoving, and attacks with weapons like baseball bats between customers.

A Time article from 1983 recounts one of the riots over the dolls that took place at Hills Department Store in Charleston, West Virginia, which included 5,000 people. Another article from a Texas newspaper at the time stated that thousands of customers waited outside stores for hours throughout various states. Newsweek described the riots as such: "It was as if an army had been turned loose on the nation’s shopping malls, ravaging the ficus trees, sloshing through the fountains, searching for the legendary stockrooms said to be filled with thousands of the dough-faced, chinless, engagingly homely dolls." 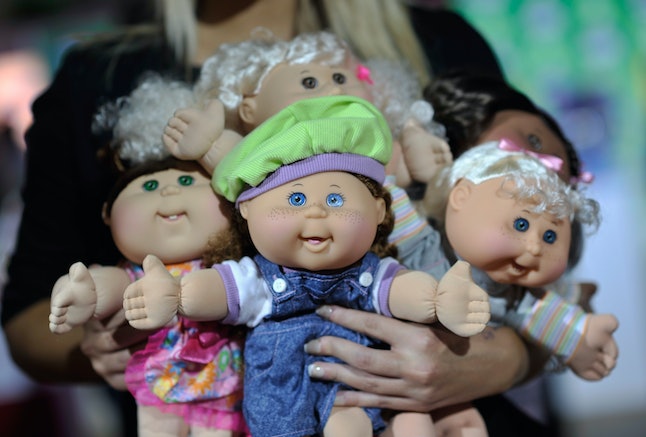 At the time of the events, the distributor’s Vice President Morton Handel explained the phenomenon to The Washington Post, saying the dolls "have a vulnerable look and come with their arms spread open so your first impulse is to pick one up and hug it." Audiences definitely won’t look at Cabbage Patch kids the same way again after watching this series.

So far, Dern and Rae have a stellar group of females behind the project. The series comes from Dern and Jayme Lemons’ LA-based production company Jaywalker Pictures. Rae will co-write the series with her Insecure colleagues Laura Kittrell and Amy Aniobi, who also co-write her Emmy-nominated show (which is going into its fourth season). As if The Dolls‘ premise isn’t wildly intriguing enough, the female power behind it should really have audiences excited.