No more washing up! Simple ‘life hack’ for turning a bag of potato chips into a ‘bowl’ takes the internet by storm 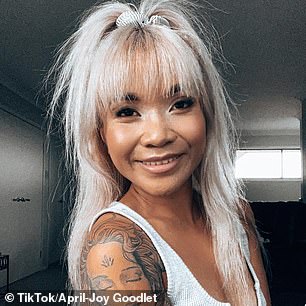 A young woman has come up with a simple way of turning a chip packet into a bowl.

April-Joy Goodlet, from Brisbane, Queensland, demonstrated the ‘life hack’ with Smith’s salt and vinegar chips in a video on TikTok.

She started at the bottom of the packet, and began to evenly scrunch it upwards.

‘Usually I like to do it in a circular motion so it’s nice and even,’ she said.

‘As you can see the chips are now on top, and it looks like a bowl, and you can eat all of your chips without having to do any washing up afterwards.’ 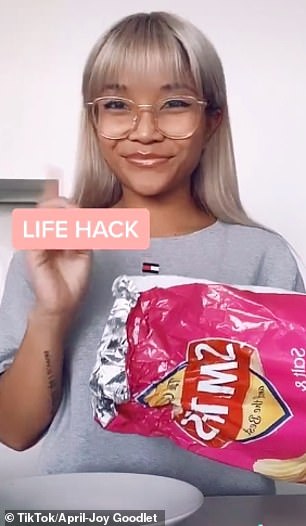 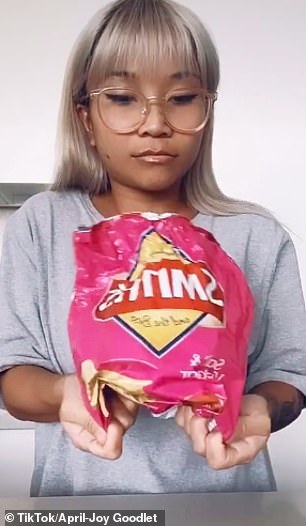 April-Joy Goodlet, from Brisbane, Queensland, shared a ‘life hack’ video on TikTok showing herself making a ‘bowl’ out of a salt and vinegar chip packet 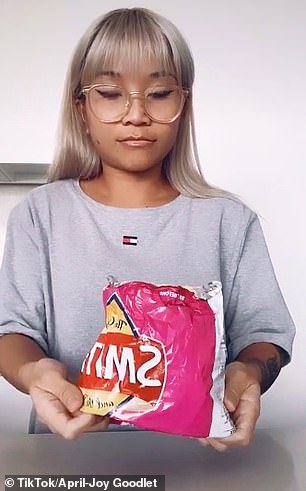 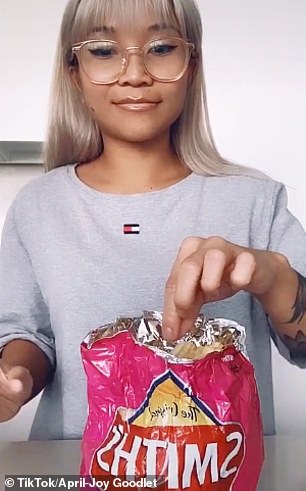 ‘As you can see the chips are now on top, and it looks like a bowl, and you can eat all of your chips without having to do any washing up afterwards,’ she said

The video has caught the attention of thousands of people who had never thought to use the packet in this way.

It comes just days after she posted a different ‘life hack’, this time pushing the long nozzle of the classic fish-shaped soy sauce directly into the side of the seaweed roll.

Instead of seasoning the sushi as you eat from the top down like many people do, April-Joy squeezed the sauce inside the roll to evenly coat the filling.

‘Next time you eat sushi and you get soy sauce, do this… You’re welcome,’ she said.

Hundreds of people were mind blown, describing the method as ‘genius’ and ‘life changing’, with many saying: ‘Why have I never thought of this?!’

‘My life will never be the same again,’ another said, while one added: ‘This is so obvious yet I never thought of doing it.’

A Japanese man also commented, saying ‘I’m Japanese but we do this’ while another person said: ‘Wait, what’s the other way? Because that’s the normal way for me’.

While others said the trick will now allow them to spread the soy sauce evenly across their sushi instead of it running out half way through eating. 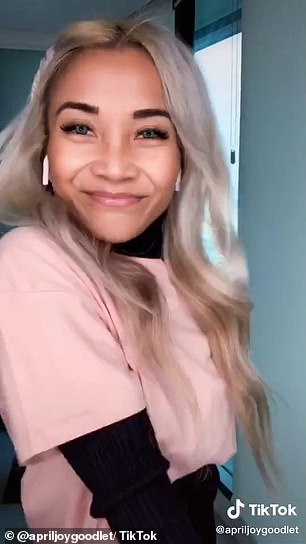 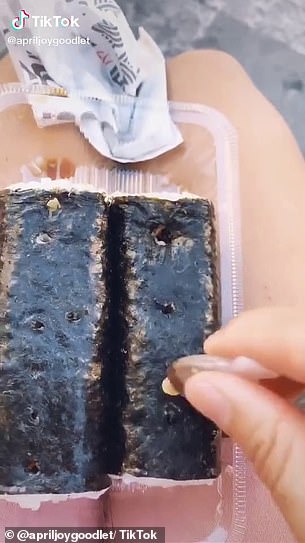 April-Joy Goodlet (left) shared the ‘life hack’ on TikTok, and many were mind blown by the trick

But some were not too convinced with the trick, with one saying: ‘Why can’t you just eat it like a normal person?’, while another said: ‘You destroyed the sushi’.

‘How could you do such a thing?!’ one said and another person said: ‘I don’t know… but this kinda feels wrong.’

‘No this is wrong,’ another added, while one joked: ‘This is straight up witchcraft’.

Her video has since gone viral, with more than 2.6million views.